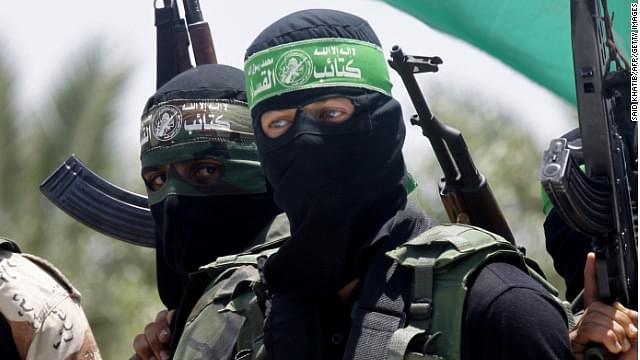 It’s very important to acknowledge the fact that there’s indeed a serious problem with the extremist interpretation of Islam.

In many intellectual fora, both in India and the west, you would have often heard that the US is the root cause of all evils in the world. The United States bombed Japan and caused the biggest ever human disaster; the US created Osama and ISIS; US is behind all the problems in the Middle East; US is behind Israel’s unwarranted offensives against Palestine… etc. etc. etc. The more savage ISIS gets, more the blame is showered on the US, for their failed Iraq policies in the recent past.

There are too many articles vivisecting the role of US in the creation of Frankenstein’s monster known as ISIS. It’s as if US has taught them the tenets of religious fundamentalism and jihad and as if, the form of Islam they practice has no role to play. Even the most logical analysis would fail to connect the US’ Iraq policies with the sort of things the ISIS have been doing. For that matter of fact, all that the Taliban has done, and is still doing, is very difficult to be explained just by the evils of USA’ foreign policies.

By making the US scapegoat one very interesting thing is achieved – the problems in the extremist form of Islam followed by a significant population of Muslims are totally overlooked, or rather intentionally ignored. It amuses me, that whereas a large part of academia and media make it a point not to present Islam in a bad way, they would be over critical about Hinduism on every occasion.

Let’s go back a little and check some facts related to the mother of all problems in the Middle East – the Israel-Palestine issue. Let’s try to get to the root.

India and Israel were born almost around the same time – India on 15 August 1947 and Israel on 14 May 1948. And interestingly, both were born out of partition plans made by none other than the British. India was partitioned on religious lines to carve out an Islamic Pakistan. A similar procedure was used to carve out both Zionist Israel and Arab-Muslim Palestine.

Coincidences don’t stop here. Like the Muslim Pakistan comprising two appendages in the east and west, the Arab-Muslim Palestine too comprised the Gaza strip in the west and West Bank in the east (Yes, it’s like West Bengal in the east of India) of the newly created Israel. India has accepted the reality and moved on. Palestine never accepted.

Looking into the history of this issue is important. The Ottoman Empire was degenerating and the last nail in their coffin was their aligning with the Germans in the World War I. The sequence of events that followed is given below:

24 October 1915: The British High Commission at Cairo, Sir Henry McMahon, sends a letter to the Sherif of Mecca, Hussein bin Ali. He assures that if the Arabs fight against the Ottoman, then the British Government would “recognize and support the independence of the Arabs within the territories in the limits and boundaries proposed by the Sherif of Mecca”. But certain areas were not included, which although not explicitly mentioned as Palestine, were supposedly included through the ambiguous reference to “portions of Syria lying to the west of the vilayets (districts) of Damascus”.

The Sherif doesn’t raise any concern with the wordings of the correspondence. By the way, this British High Commissioner was the same McMahon who, just a few years ago, was instrumental in creating the McMahon line which still serves as the boundary between India and Tibet.

5 June 1916: The Arabs, under Faisal, son of Hussein, the Sherif of Mecca, start fighting against the Ottomans. T E Lawrence, popularly known as the Lawrence of Arabia, immortalized by David Lean’s eponymous movie, plays a great role in convincing the Arabs to support the British forces against the Ottomans.

2 November, 1917: James Balfour, Foreign Secretary of the UK, declares that UK favors the “establishment in Palestine of a national home for the Jewish people”.

One of the main proponents of the Jewish Homeland is Chaim Weizmann, the leading spokesperson in the UK for Zionism and an acclaimed chemist whose inventions in explosives were much needed by the British to counter the Germans.

The declaration was also seen as an attempt to please the US President Woodrow Wilson two of whose closest advisers are avid Zionists and who hasn’t yet joined the World War.

23 November, 1917: Just after the Russian Revolution, the Bolsheviks expose an agreement, known as Sykes-Picot Agreement, signed between UK, France, and Russia on 16 May, 1916, which divided the Arab provinces of the Ottoman Empire outside the Arabian Peninsula into future regions of British and French control.

Balfour Declaration along with Sykes-Picot Agreement contradict with what McMahon had assured to Hussein, the Sherif of Mecca, earlier about the recognition of the independence of the Arabs. Even then, various officials of the British government manage to convince Faisal, Hussein’s son and Hussein that they are still committed towards Arab’s independence.

It was argued that the Jewish Homeland mentioned in the Balfour Declaration is not same as a Jewish State in Palestine. UK stuck to its interpretation of McMahon-Hussein correspondence that Palestine was excluded from the areas of Arab independence and that it’s in sync with both Balfour Declaration and Sykes-Picot Agreement.

18 January, 1919: Paris Peace Conference started following the decisive end of World War I. More than one and a half year later Treaty of Sevres, which finally decides the fate of Palestine, was signed on 10 August 1920. Palestine and Iraq are placed under British Mandate and Syria and Lebanon under French.

The Palestine Mandate consisted of two regions, one to the west of Jordan River, known as Palestine, and the other to the east, known as Transjordan, an autonomous region placed under the Hashemite family of Hijaz. The erstwhile Hijaz vilayet or province under the Ottoman Empire included Mecca and Medina.

Hijaz was under Hussein bin Ali, the Sherif of Mecca who was assured of Arab independence by Sir Henry McMahon in 1915. Iraq would be soon placed under Faisal, a son of Hussein of Hijaz.

1 July, 1920: Civilian government started in Palestine Mandate under British High Commissioner Herbert Samuel. The Treaty of Sevres had acknowledged clause of Jewish Homeland in Palestine as per the Balfour Declaration, but had also mentioned that the interests of the other people wouldn’t be hampered.

The British Mandate for Palestine was opposed by the Arabs, whose interpretation of the McMahon-Hussein correspondence included Palestine as a part of the region which would be independent under them.

Over the next few years a hard line Palestinian Arab Nationalist movement gains momentum under Amin al-Husseini. Massive anti-Jewish riots erupt in many places leading to heavy casualties to the Jewish people.

29 November, 1947: General Assembly of the newly formed UN recommended the partition of Palestine. Expectedly, the Jews accepted the recommendation but the Arabs opposed, resulting in another series of violent clashes between the two, with the Muslims supported by the Arab League.

14 May, 1948: The State of Israel was born a day before the British Mandate for Palestine would come to an end. The Arab League intervened on behalf of the Palestinian Arabs. Thus began the Arab-Israel War. Jordan occupied and later annexed West Bank, and Egypt takes over the Gaza Strip.

22 September, 1948: All Palestine Government was declared by the Arab League in Gaza. Through the 50s, Egypt and Jordan keep on supporting militant activities against Israel, who is left with no option than to carry on reprisal operations, which continue till date.

Without any prejudice, anyone can infer that the Zionists, from the beginning, wanted to create a Jewish Homeland through dialogues and negotiations. If the Arabs can claim their nativity in the Palestine, the Jews can also do the same on same land which was part of the much older Israel Kingdom.

The World Wars created many new countries, mostly impacting the losing parties, of which the Ottoman Empire was perhaps the biggest one. It’s expected that they would be impacted the most. The erstwhile Islamic Ottoman Empire having collapsed, the idea of the Islamic states at all its erstwhile regions was out of question.

Nevertheless, major parts of the erstwhile Ottoman Empire emerged as Islamic States (Iraq, Syria, Lebanon, Jordan, Hijaz etc.) The relatively smaller area of Palestine not being recognized as an independent Arab State shouldn’t have been a big issue for the Arab League who were suffering from the shock of the demise the Ottoman Caliphate and the loss of Arab control over Middle East.

When the partition of Palestine between the Jews and the Muslims became imminent, there was no reason for the Arab League to oppose that. Had they not done so, there wouldn’t be the present state of affairs between Israel and Palestine. The first violence between the Jews and the Palestinian Muslims was triggered not by the Jews, but Arab nationalists from outside Palestine, when Palestine was still under a British Mandate. With the formation of Israel, the external forces kept on instigating offensives against them and the outcome was of course the present sad state in that region.

The involvement of the Arab League in Palestine is not much different from what ISIS is doing – aiming to create an Islamic State over the erstwhile parts of Ottoman Empire. The underlying current is doubtless Islam’s strong demands on the Muslim identity and several passages from Quran which can be very easily interpreted as zero tolerance for the non-Muslims, or the non-believers in Islam.

It’s very important to acknowledge the fact that there’s indeed a serious problem with the interpretation of Islam. Unless people speak out loudly about it, and accepted that as an equal reason of all that’s happening in the Middle East, just treating Palestine and ISIS and Taliban as victims of US policies will never solve any problem.