Panchayat Excommunicated Me From Caste For Marrying A Muslim Woman, Says Hindu Man In Complaint To Police 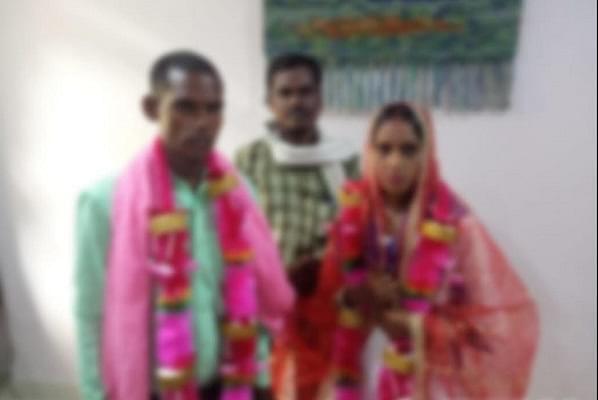 The couple, Ganesh Kumar, and Nasreen.

In his seminal book ‘Pakistan or the partition of India’, BR Ambedkar analysed a suggestion made by Lala Hardayal in 1925 that “the future of the Hindu race” rests, among other factors, on “Shuddhi of Moslems”.

“…just as one removes foreign matter from the eye, Shuddhi must be made of these two religions (Musalmans and Christians),” Hardayal said in a statement that appeared in the Pratap of Lahore.

Ambedkar wondered whether Hindus would, indeed, lend their support to the suggestion.

Caste, he wrote, is incompatible with conversion.

“To be able to convert a stranger to its religion, it is not enough for a community to offer its creed. It must be in a position to admit the convert to its social life and to absorb and assimilate him among its kindred. It is not possible for the Hindu society to satisfy this prerequisite of effective conversion…,” he wrote, noting that Hinduism, once a missionary religion, ceased to be one after the Hindu society developed its system of castes.

Almost a century after Ambedkar predicted that the caste system would fail all plans of mass Hindu conversions, this is where things stand: proselytising Hindu organisations have had some success in creating ‘casteless’ Hindus out of Muslims and Christians, but these efforts are mostly limited to cities and towns where caste consciousness is rapidly declining.

In the interiors, that is in villages, which Ambedkar defined as “a sink of localism, a den of ignorance and narrow-mindedness”, caste-based opposition to conversions continues to be vehement.

This is evident from a very recent case from Bihar, where a Hindu man has been allegedly excommunicated from his caste by fellow villagers for marrying a Muslim woman.

The man’s own uncle has termed the marriage as 'unacceptable' and, as per a complaint by the man to the police, is asking him to vacate his ancestral house and leave the village.

The man, Ganesh Kumar Yadav, is a poor labourer who has been living with the woman in distant Haryana for three years.

He returned to his village in Bihar only last week — for the first time in all these years.

Ganesh, 24, is from Samsa village that falls in Mansurchak block of Bihar’s Begusarai district.

His complaint given to the Mansurchak police station says, “I have done an inter-caste marriage (with a Muslim woman). I have a son also. For the last few days, our neighbour, Mahendra Rai, has been harassing me and even physically assaulting me. He is asking me to vacate our house and is threatening us that if we don’t leave, he would do to us what we can’t even imagine…He has organised a panchayat and excommunicated me from my caste.”

Ganesh told this correspondent over the phone that Mahendra Rai is his uncle (chacha), who also happens to be the sarpanch of the village panchayat.

Ganesh says he married Nasreen, who is of the same age as him, on 17 July. Nasreen hails from Parna village in the same Begusarai district.

Her first marriage, with one Mohammad Sarfaraz, didn’t work out and ended with a talaq four years ago.

Nasreen has a daughter from this marriage.

Ganesh and Nasreen met a year after her divorce. Ganesh used to drive an autorickshaw in and around Samsa village at that time.

The two entered into a relationship. When Ganesh’s village found out, they objected to it, after which Ganesh left Begusarai for Haryana.

He found employment at a factory that also provided him accommodation. Soon, Nasreen joined him in Haryana.

They even had a son together. However, they didn’t formally register their marriage until this month.

“For our son’s delivery, we went to Nasreen’s house in Begusarai. Even then, I did not go to my village fearing opposition,” he says.

The only close family Ganesh has in Samsa is his mother and a brother.

“They are fine with my marriage. It’s my caste, particularly my uncle, who has turned against me,” he says.

In June, the lockdown and its subsequent impact on business prompted Ganesh and other factory workers to leave for their villages.

Ganesh, too, was forced to take a decision to go to Samsa.

“Nasreen was adamant that I formally marry her before I take her home. So I arranged for a ceremony in a temple and got a marriage certificate by Arya Samaj. We also gave our respective affidavits in court that we are marrying out of our free will,” he says.

As per the papers, Nasreen converted to Hinduism, though she didn’t change her name.

After Ganesh’s return to Samsa, Yadav residents from a couple of surrounding villages held a panchayat, headed by Mahendra.

“Some villagers had objected to our union. In the panchayat, they decided that such a marriage is not acceptable and will set a bad precedent,” says Ganesh.

However, Pawan Dev, a resident of Samsa village, told this correspondent that the opposition was not related to caste, but religion.

“Ganesh is a kid. He has been living away for several years. The village has seen a couple of inter-caste marriages over the last few years, but no one has objected to those. Only last year, a Yadav man married a Kori woman. They are living peacefully without any trouble,” he says.

“The opposition to Ganesh’s marriage shows that the village still has a long way to go,” says Dev, who belongs to baniya caste. He informed that the village has about 1,500 houses of which only 25-30 belong to Yadavs. The largest group is of Kori caste. There are about 100 Muslim houses too, he informed.

This correspondent called up Mansurchak police station, but the person who picked the call said he did not know of any such complaint and disconnected the call. Subsequent calls made to the number were not answered.

The local unit of Bajrang Dal, a Hindu organisation affiliated to Vishwa Hindu Parishad (VHP), for which Pawan Dev is also a volunteer, is helping Ganesh.

The members, says Ganesh, are trying to convince the Yadav residents that the marriage should be accepted and even welcomed.

Shubham Bhardwaj, state co-convener of Bajrang Dal for north Bihar, told this correspondent that he suspects that Muslim residents from nearby villages might have put pressure on Yadavs to speak up against the marriage.

Ganesh, meanwhile, says he cannot afford to leave the village. “We have lived here for hundred years. My father, my grandfather, they were all born here and died here,” he says.

He says he requested the local police for intervention but a policeman, instead, chided him for “doing wrong marriage”.