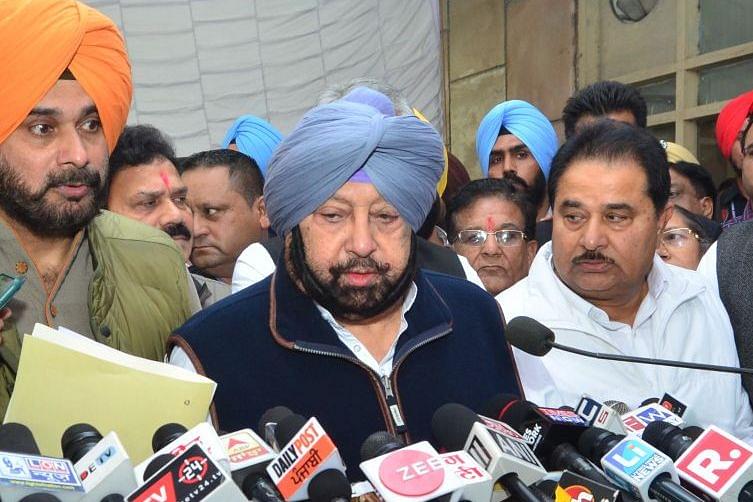 The political battle between Chief Minister Amarinder Singh and the newly-appointed Congress chief for Punjab, Navjot Singh Sidhu, is heating up as the deadlock between the leaders continues.

In the last few weeks, the tables have turned in the favour of Sidhu. Not only has he managed a political coup against a sitting Chief Minister, but he has now threatened to unseat him in 2022 with the blessings of the Gandhis in 10 Janpath.

Already, Sidhu has the support of more than 60 MLAs of the 80 in the Punjab Legislative Assembly, furthering his prospects as the Congress chief ministerial face in 2022.

For Captain Amarinder Singh, the political defeat at the dusk of his career shall hurt, for he could be denied a respectable retirement, and irrespective of his decades of service to the state, would be remembered as the Chief Minister who was dismissed by the Gandhis sitting in Delhi. Not a pretty sight at all.

What would worsen this defeat is the prospect of an imminent victory of the party in the state in 2022, even with the untimely appointment of Sidhu. The actions of Singh himself have a lot to do with the MLAs shifting their loyalties towards Sidhu.

The negative sentiment against Singh was prevalent during the 2019 national elections as the author learned during his travels across the state. However, devoid of options and factoring in the corrupt rule of Akalis between 2007 and 2017, the state voted for Singh. Interestingly, in the limited seats Bharatiya Janata Party (BJP) contested, they were able to unseat credible sitting Congress MPs.

Singh has also lost favour with Prime Minister Narendra Modi and the Centre.

Singh’s poor captaincy was reflected in his irresponsible statements on the Citizenship Amendment Act (CAA). In January 2020, Singh stated that the CAA was against the secular fabric of the country and went on to compare it with the ethnic and religious cleansing of Hitler’s Germany.

Toeing the Congress party line, Singh ignored the sufferings of Sikhs in Afghanistan and Pakistan and Hindus in Bangladesh and compared Modi’s India to Hitler’s Germany, calling people to speak against what he perceived as an unprecedented atrocity.

In August 2019, Singh had lashed out against the Centre on the issue of Article 370, saying that it was unconstitutional of the Centre to bifurcate the state. Singh’s motivated remarks against the Centre stemmed from the closeness he has enjoyed with the Abdullahs for long, and the party line.

Interestingly, on the issue of farm laws, Singh went back on his own reforms from 2007, only to toe the party line.

In a move to diversify the state’s cultivation pattern, an Amarinder Singh government, in 2002, introduced contract farming at the government level around 2002. The objective was to decrease the share of cropped area under wheat and paddy.

In the state Economic Survey of 2019-20, the current Congress government reiterated their two-decades-old objective. Within the Act, the state had left the implementation to Punjab Agro Foodgrains Corporation (PAFC).

The PAFC, as a government body, was supposed to procure from the farmers and then trade across the country. In its initial years, the programme did encounter some success. PAFC began with an area of around 22,000 acres in 2002, but by 2005, it had close to 250,000 acres. However, the success was short-lived, and by 2011-12, the area was reduced to 12,000 acres, and consequently, the scheme was discontinued.

His party’s Economic Survey in 2019-20, for Punjab, had batted for the farm reforms, emphasising the role of the private sector, and when the reforms were introduced, Singh contradicted his own ideas and policies, only to satisfy the bosses in 10 Janpath.

Today, Singh has been dismissed by the same family to whom he pledged his unflinching loyalty, even at the cost of his own success and nationalism. Thus, Singh has not only failed the state but also the country, and now, as he is forced to hand over the reins of the state to Sidhu, Singh is left without a stance and a seat.

A political court-martial for the Captain.