Protests For And Against 'Hijab' Intensifies In Karnataka 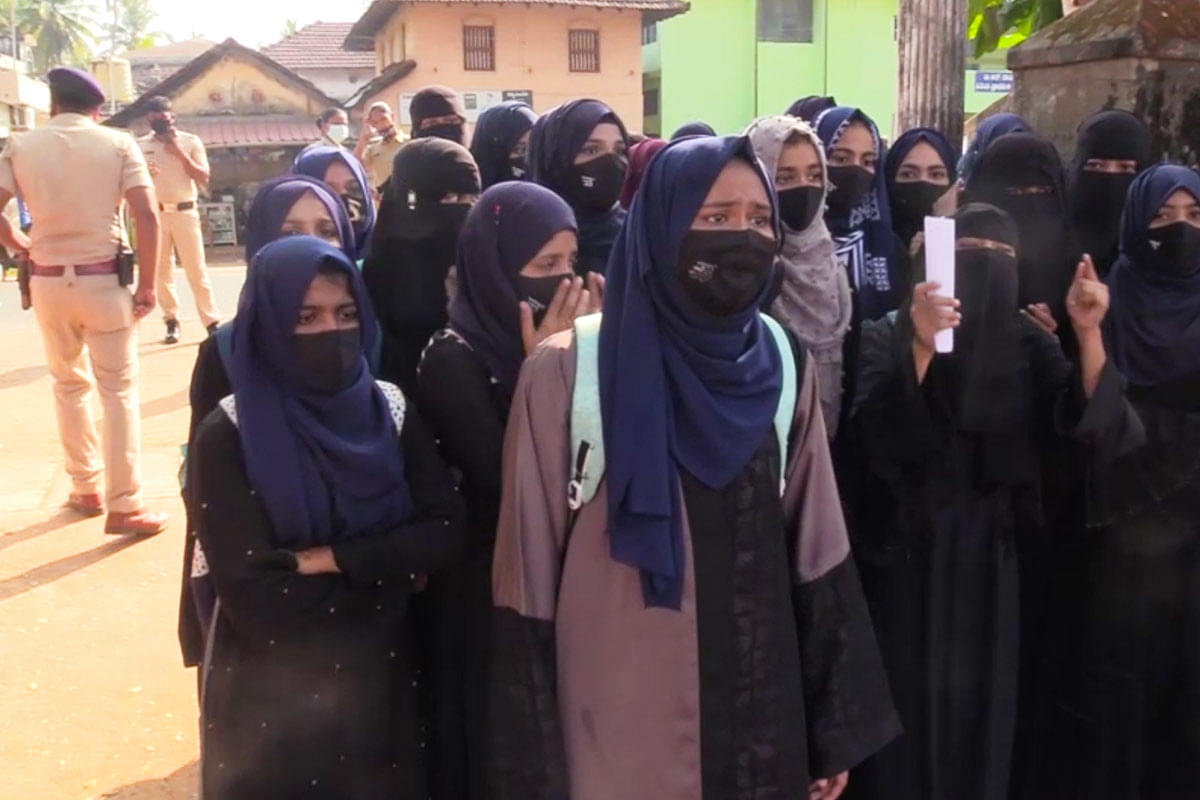 Bengaluru, Feb 8 (PTI) As protests for and against the 'hijab' intensified at colleges in different parts of Karnataka, state's Home Minister Araga Jnanendra on Tuesday while appealing for peace said no one should give an opportunity to use the police force.

The Home Minister's warning came as tension prevailed at some educational institutions in Udupi, Shivamogga, Bagalkote and other parts, forcing the police and authorities to intervene.

The Karnataka High Court is today hearing the petitions filed by five girls studying in a Government Pre-university College in Udupi, questioning hijab restriction in college.

'You (students) are all educated, you have to think about your future. After two years of COVID-19, this year classes have been conducted in a good way. This is the time for you to prepare for your exams that are coming up in a couple of months,' Jnanendra said.

Noting that religious forces behind such incidents have to be quelled and everyone should think about the country, the Minister in a video statement said, 'we should all stand together as brothers, as the children of this country. Uniform is a sign of equality. Educational institutions are not the place for practicing our religion or to showcase our costumes.' 'Everyone should maintain peace. Don't give an opportunity to use the police force. I appeal to parents to guide their children and let's all work towards colleges functioning in a peaceful manner,' he added.

Protests erupted at the Mahatma Gandhi Memorial College in Udupi today after a large group of students wearing saffron stoles and headgears raised slogans in the college campus as hijab clad Muslim girls were staging a protest demanding justice, forcing the police and college authorities to intervene.

Some colleges have declared holidays in the district.

A minor stone petting incident has been reported near a college in Bagalkote and few students even tried to barge into the campus, whom police dispersed using a mild force.

Similar incident has also been reported at a college in Shivamogga district, and police had to intervene to bring the tense situation under control.

According to sources, some students even tried to hoist the saffron flag at the college premises.

Similar protests have been reported at colleges in Mandya, Vijayapura and Gadag districts.

Last week, the state government had issued an order making uniforms prescribed by it or management of private institutions mandatory for its students at schools and pre-university colleges across the state.

The issue that initially began in January at a government PU College in Udupi where six students, who attended classes wearing head-scarf in violation of the stipulated dress code were asked to leave the campus, has spread to different parts of the state, with Hindu students too responding with saffron shawls.

Hindu students coming with saffron shawls are also being barred from classes.

The row has also taken a political colour, as the ruling has BJP stood strongly in support of uniform related rules being enforced by educational institutions, calling the headscarf, a religious symbol, while the opposition Congress has come out in support of Muslim girls.