Punditry Wanted — At Three Levels Deep: Why Policymakers Seek One Kind Of Advice And Detest Another 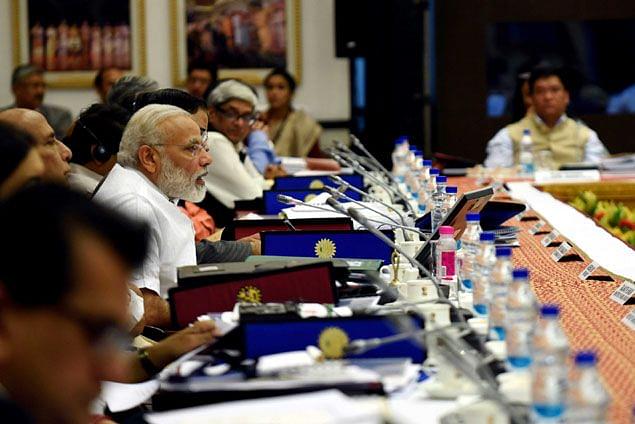 As we got closer to the budget last month, advice to the government on the economy changed from a trickle to a torrent.

A cursory look at op-ed pieces written by experts will reveal a range of suggestions — on whether the fiscal deficit limit should be breached, if tax concessions should be given during a slowdown, fiscal-monetary coordination etc.

They mostly belong to the very top layer of macroeconomic policy ideas. There is also a fair bit of hand wringing on the “job creation” without going in to the details.

This is where the experts get a bad name with politicians. Let us take the case of jobs. How do you create jobs in the economy? The expert advice usually involves tinkering with the interest rates, tax concessions and a few other ideas on “structural issues” and “factor markets” etc.

Beyond that, macroeconomists offer little. One may quibble on the details but largely policy-makers are aware of the pain points.

The less said about the advice of foreign economists, the better it is. Without a deep grounding in the society, they prescribe very superficial solutions that are of little use. Just listen to the underwhelming prescriptions of Gita Gopinath and Raghuram Rajan who visited India in the last few months.

The second set of advice comes from sector experts on the issues related to agriculture, manufacturing and services industry. This is one level deeper and a bit more useful for policy makers.

Perhaps, the initiation of labour reforms, improvement in the Ease of Doing Business etc. came from the second group of sector experts. But this does not fully quench the curiosity of policy makers who are looking for interventions to create jobs.

Before I go into the “fortune” at the third level, let me introduce the fourth level of expertise. These are people who actually work in the industry – CEOs and practitioners who operate where the rubber hits the road. Their suggestions usually carry a sense of mistrust as if they are trying only to improve the bottom lines of their own companies.

Nevertheless, of levels 1,2 and 4, policy makers engage enthusiastically with the latter since practical, doable and short-term suggestions come from this layer. There is also the “skin in the game” factor, which adds heft to their suggestions.

But the most consequent space for policy makers is at a level just above that of the practitioners. The third level of sub-sectors is where the real opportunity for decisive and practical policy interventions is present. It is not too abstracted away from practitioners and at the same time does not fall into the woozy macro policy prescriptions whose effects are at the mercy of many other variables.

This author was speaking to a senior official from NASSCOM, a very keen expert himself and was surprised to hear that engineering design services (at around $30 billion) could grow up in size to the whole of what IT Business Process Management industry is at right now (at around $125 billion) in the next decade with proper nurturing.

Now, information like this will excite the mandarins in the Finance and Commerce Ministries (and also at State Governments).

Smartphones and associated devices accounted for around $19 billion worth of imports (of the total of around $500 billion) in 2018. This fact triggered action among policymakers with the Prime Minister himself giving it a thrust in his speeches.

It was also instrumental in making concerted efforts to bring Apple and Samsung to India.

Sub-sector level insight and prescriptions form the smallest chunk of policy advice reaching the officials. The reasons are many. First, unlike a nice clustering of agriculture, manufacturing and services, the number of sub-sectors is too many, making it a cognition issue.

Second, the number of experts offering consistent and repeated analysis is less. Third, the practitioners at the fourth level usually are absorbed in their own companies that only a few rise up to write about the sub-sectors with a bird’s eye view.

Fourth, star macroeconomists think it is beneath them to step a few levels down and get into details. Laziness and incompetence can also not be ruled out.

Fifth, the number of sub-sectors itself is increasing with new developments in technology. Edtech, Fintech, Agritech etc. are new groupings created in the last few years.

Knowledge at the “third level” as explained before, applies not just to policy making, but to successful interventions in governance and politics as well. Take the case of education. It is well known that at the macro-level that our youngsters do not have adequate skills demanded by the industry.

Liberalisation of the sector from government control, charging adequate fees, focusing on inter-disciplinary learning etc. would feature in the recommendations. At the second level, let us take the case of technical education. The many prescriptions include use of technology, attracting good PhD scholars to academia, upgrading curriculum etc. The fourth level — at university departments — professors go about teaching classes, doing research, dealing with students etc.

The third level at that of institutions is where the visibly implementable prescriptions such as — the traits of institution heads, the non-education issues affecting education (ask JNU Vice-Chancellor), infrastructure, recruiting, budgeting etc. — lie.

Coherent interventions weaving together issues at the institutional level is what leaders in government are looking for. The Institutes of Eminence programme is born out of thinking at such a level. Again, the issues of having to deal with so many universities are beset with cognitive and other issues as detailed above.

Let us come to political strategy. Any reasonably aware political enthusiast will know about BJP, Congress, and other major parties and their political ideologies. A lot of chatter on politics usually happens at this level. At the second level are the analysts of regional politics, caste combinations, influential leaders, regional issues etc.

The last level is at the booth, where the karyakarta holds forte and is aware of the micro politics of his locality.

Of course, much like policy making, factors of two levels above are taken into account. Deep and meaningful analysis for 543 constituencies (for Lok Sabha elections) through discussions with local leaders, surveys etc. ultimately help make a decision. Richer they are, better the chances of winning.

Expertise at the third level is what the current Modi-Shah dispensation values the most.

They understand and do high-level interventions, but being leaders that grew bottom-up, they place emphasis on the practical and the measurable. Reports from PRAGATI meetings conducted by the Prime Minister seem to give the impression that strategies closer to “zameen” are valued more.

Coming back to the policy debate, the biggest weakness in state capacity is that only a few officers rise up to deal with aggregations efficiently. Bureaucrats grow up from operating at the district level to higher echelons of policy making. But many don’t possess the mental firepower to do sub-sector analysis.

Or they lose interest and get busy in mundane administrative chores as they reach the top. Keeping track of so many sub-sectors that are constantly changing because of technology is also a tough ask.

Also, this explains why state governments are extremely crucial for job growth. Some states outperform the other due to the strength of the industry departments of states. The limited geography and clearer assessments of strategic strengths makes sub-sector analysis comparatively easier.

So, dear readers, whenever you bask in the high intellectual commentary on public policy, think whether it is substantial and useful advice to our policy makers to act on. Otherwise, it is more brain-candy than policy prescription. It is also a call for policy analysts to delve deeper and offer more pointed and useful suggestions to governments — at the third level.