Save Bengal Campaign: How BJP Is Planning To ‘Expose’ Mamata Banerjee 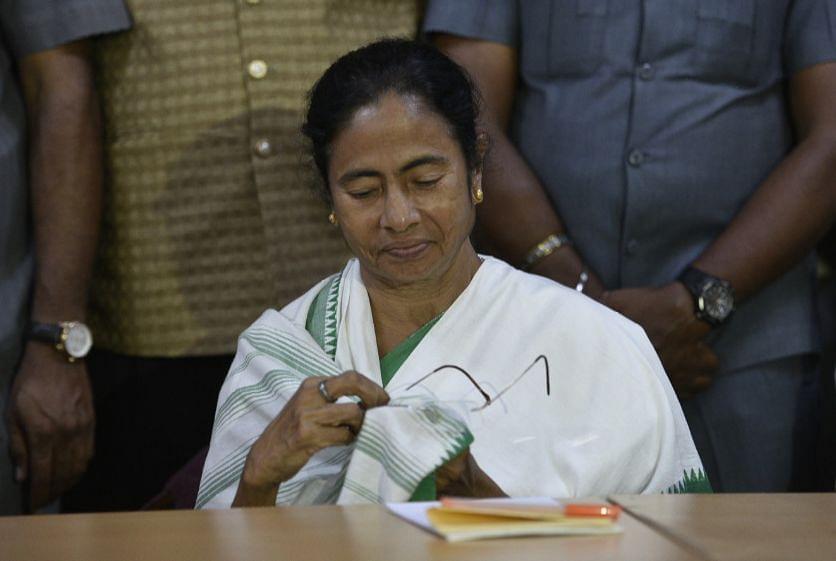 The Bharatiya Janata Party (BJP) has launched a 360-degree nationwide campaign to “expose the sorry state of Bengal” and the “total subversion of democracy” in the state. The drive, formally launched at a meeting held at the Constitution Club in New Delhi on Saturday evening, is aimed at puncturing Bengal Chief Minister Mamata Banerjee’s aspirations to project herself as a national-level leader and an aspirant for the prime minister’s post by “exposing” her track record in governing Bengal.

Named ‘Save Bengal’, the campaign involves mobilising the Bengali diaspora in the rest of the country to create awareness of the mess that Bengal is in and, thus, expose the false boasts by the Trinamool Congress about the state’s development. “Mamata Banerjee is shouting from the rooftops that the NDA government has subverted democracy and democratic institutions, and her entire effort to form an unholy alliance of opposition parties is centred around this false premise. She has prime ministerial ambitions, but her track record in governance is abysmal and she has completely failed to do anything for Bengal as the state’s Chief Minister. Unfortunately, few outside Bengal know about all this and hence this ‘Save Bengal’ campaign,” said Anirban Ganguly, a member of the BJP’s policy research cell and director of Dr Syama Prasad Mookerjee Research Foundation.

“Bengalis living outside Bengal have a major responsibility in ensuring that things change in Bengal. Probashi Bengalis (non-residents of Bengal) are doing well in other parts of the country and the world and though they do not vote in Bengal, they cannot absolve themselves of the responsibility of ensuring that their home state flourishes like other states of the country. That is why this campaign is aimed at involving them in a major way in spreading awareness of Bengal and making them agents of change for their home state,” said Shivprakash, BJP national joint general secretary in charge of party affairs in Bengal.

Saturday’s launch of the campaign saw enthusiastic participation from a huge number of Bengalis living in the National Capital Region (NCR), with many pledging to work for the drive. BJP Rajya Sabha member Swapan Dasgupta launched a scathing attack on the Trinamool and its leader and decried attempts to project Bengal as an entity separate and at variance with the rest of the country. “They (the Trinamool) are playing a dangerous game for their narrow political gains. The Trinamool is creating a schism between the Bengalis and Assamese in Assam, and is trying to do that between the Bengalis and other communities in the rest of the country. Such sinister attempts have to be defeated,” Dasgupta said at the launch of the campaign. Trinamool is promoting militant parochialism among Bengalis and setting the community apart from the rest of the country, he said, warning that such an evil tactic hold dangerous implications for the country and also Bengal.

Ganguly, in his introductory remarks, highlighted the rampant lumpenism in Bengal, the political violence that scars the state, lack of investments and job opportunities, the poor law and order situation with the police being reduced to a mere adjunct of the ruling party, abysmal academic standards, politicisation of education, the bureaucracy and all institutions, the alarming demographic change in the state and the politics of appeasement followed by Banerjee that is causing a lot of damage to the social fabric of the state. “These serious concerns, along with rising unemployment, goondaism, and unchecked illegal migration from Bangladesh and its grave national security implications, will be the main points of the ‘Save Bengal’ campaign.

BJP’s Bengal state president Dilip Ghosh, who also spoke at the campaign’s launch, provided a telling account of the culture of political violence in the state and the throttling of democracy as witnessed in the run-up, during and after the panchayat polls in the state earlier this year. “The Trinamool did not allow our candidates to file their nomination papers, they did not allow us to campaign, they indulged in violence and intimidation and completely rigged the polls. But still, we won a good number of seats. After the panchayat polls, 37 of our party workers have been mercilessly killed by the Trinamool. And then they have the gall to allege that the BJP is harming democracy in India. This monumental lie has to be exposed now and the true face of the Trinamool held up to the rest of the country,” he said. “Mamata falsely alleges that democracy is being throttled by the BJP in the country when it it she who is the most authoritarian and undemocratic politician in the country. But the rest of India does not know this well. It is important to project the true persona of Mamata to people in the rest of the country so that a nationwide movement can be built to save Bengal by removing Mamata from power in the state,” said Ghosh.

Air Marshal (Retd) A K Mukhopadhyay and Maj Gen (Retd) P K Mallick endorsed the campaign and voiced serious concern over the state of affairs in Bengal. “The demographic change in Bengal has to be flagged as a grave national security issue. The illegal immigrants from Bangladesh are easily brainwashed and radicalised by hardline and radical Islamist preachers. They pose a grave threat to our country’s security,” said Mallick. Mukhopadhaya said it was sad to see that while other states of the country have progressed, Bengal has actually declined. “Compared to other states, Bengal is lagging far behind and due to the irresponsible politicians who have ruled the state for more than four decades now, Bengal has remained backward,” said Mukhopadhyay.

The speakers launched a website and a twitter handle to reach out to more people and create awareness about ground realities in Bengal. Coordinators for the campaign have been appointed for the NCR and some other states. “More coordinators for other cities and states will be appointed over the next one month and the ‘Save Bengal’ campaign will gain momentum. This campaign will start a structured discourse, which has been missing so far, on the continuing decline of Bengal. The Bengali diaspora is being involved in a big way because, living in various parts of the country, they know best how the states they live in have progressed and how Bengal lags behind,” said Ganguly.

The campaign will complement the beginning of a series of yatras all over the state next month. The first will be flagged off by party president Amit Shah from Cooch Behar on 7 December. A host of Union ministers and senior party functionaries will participates in the yatras and address public meetings all over the state in the runup to the 2019 Lok Sabha elections.