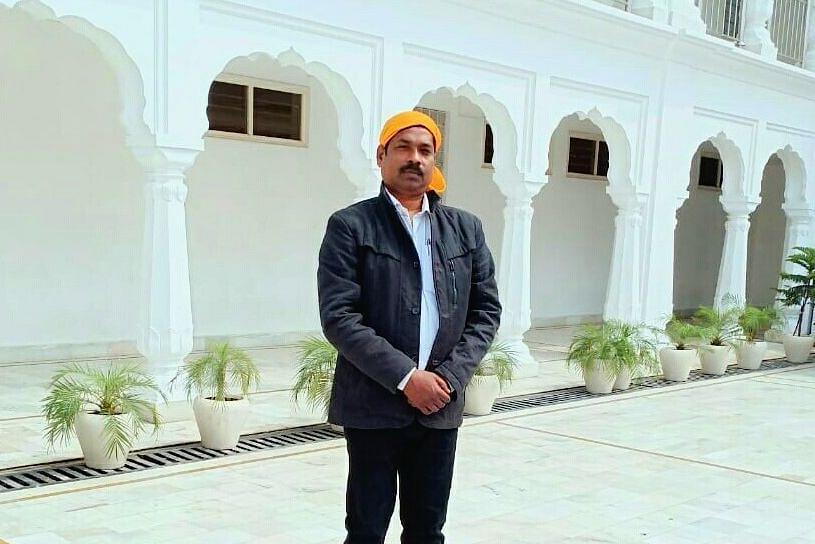 The National Commission for Scheduled Castes (NCSC) has asked the Nalanda police and administration to respond to allegations made by a local Dalit man who was recently booked for installing saffron flags at Hindu-owned shops and vendor carts.

The man, 40-year-old Dheeraj Kumar, wrote to the commission on 28 April saying that officials from the district police and administration hurled casteist and offensive slurs at him in public, and are harassing him through a police case.

“This [the FIR] is causing me great mental stress and financial loss. My patriotic feelings have been hurt by this act of personal attack on me. Coming from a scheduled caste, I am feeling humiliated,” Dheeraj’s letter, accessed by Swarajya, said.

You can read a portion of the letter below, shared by an activist on Twitter:

You all must be aware of the Bihar policeâs ridiculous FIR for installing saffron flags. One of those booked is a Dalit. He says police insulted him with casteist slurs and FIR is an atrocity tactic. We @agniveer have taken up his case and approached SC commission. 1/n pic.twitter.com/qdWYMOaVfU

Swarajya had earlier reported that on 20 April, the Laheri police station in Bihar Sharif area of Nalanda filed an FIR against Dheeraj Kumar and others for installing saffron flags at Hindu-owned shops at vendor carts.

Legal voices had criticised the FIR as a “gross abuse of power” on the part of the police, arguing that serious charges such as of rioting and hurting religious sentiments had been “wrongly imposed”.

The FIR (number 147/2020) was filed on the complaint of a block development officer named Rajeev Ranjan, who was quoted by a newspaper as saying that “ours is a Ganga-Jumana culture” and “we cannot allow such things to happen in the society and let them destroy communal harmony”.

The SC commission has given 15 days to the district magistrate (DM) and the superintendent of police (SP) of Nalanda district to submit an ‘action taken report’ regarding the allegations made by Dheeraj Kumar.

The commission’s notice says that if the officials fail to reply in the given time, the commission may issue summons for their appearances in person.

You can read the commission’s notice below, shared by an activist on Twitter:

Kumar, who belongs to the Pan Swasi Bunkar community, which is considered a scheduled caste in Bihar, told this correspondent over the phone that he was forced to approach the commission as he was being harassed by the local police.

In his letter to the NCSC, Dheeraj Kumar wrote that on the call of prime minister Narendra Modi, he had been distributing masks, sanitizers and ration to the needy amid lockdown when some Hindu vendors and shopkeepers requested him to give them saffron flags so they could install them at their carts and shops.

Kumar had several spare flags from the Ramanavami festivities, which he gave to them. The shop owners installed the flags of their own volition, the letter said.