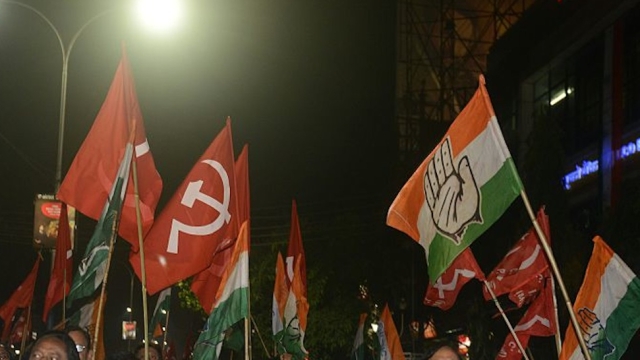 ‘Misogynists’, ‘patriarchal’, ‘intolerant’, ‘foul-mouthed’. These are some of the pejoratives hurled at the BJP and its affiliates by the so-called left-liberal brigade. Any verbal transgression by even a minor functionary or supporter of the Sangh Parivar is seized upon to tar the BJP and its extended family. But when it comes to one of their own disparaging a woman, all they do is keep silent. This exposes them as the ultimate hypocrites that they truly are.

On Wednesday (April 20), a Trinamool Congress leader Abdur Rezzak Mollah spewed venom on BJP leader and party candidate from Howrah (North) constituency, Roopa Ganguly, best known for her role as Draupadi in BR Chopra’s Mahabharata. Speaking at an election rally, Mollah, who calls himself a “chasar beta” (farmer’s son), said he knew all about Ganguly. “I know the length of the cigarettes she smokes. I know who she lives with. She played the role of Draupadi, in real life also she is Draupadi,” said Mollah.

Mollah, who served as a senior minister in the Left Front government that brought Bengal to ruination, was expelled from the CPI(M) for anti-party activities in February 2014, after which he formed a party with other CPM discards. This new party also cast him away and he joined the Trinamool earlier this year.

Mollah’s distasteful and misogynistic comments, however, did not receive the unqualified condemnation they deserved, and simply because Ganguly belongs to the BJP. From the Congress, only one leader—Deepa Das Munshi (wife of former Union minister Priya Ranjan Das Munshi)—condemned the remarks, and that too after some prodding by mediapersons. CPI(M) leader Surya Kanta Mishra issued a perfunctory condemnation, but it was diluted by references to attacks on women by Trinamool partymen. Mishra’s condemnation was, at best, a half-hearted one and most likely driven by his dislike for an ex-colleague who was expelled from his party (CPM). Had Mollah still been in the party, Mishra would most probably had been silent. As he was when many CPM leaders passed similar remarks on Mamata Banerjee in the past. Even that showpiece ‘bhadralok’ (gentleman) of the CPI(M), former Chief Minister Buddhadeb Bhattacharjee, had remained silent when many of his senior colleagues commented on Mamata’s character and made very offensive personal comments against her.

As for the Trinamool, only a few celebrities in the party’s ranks reacted to Mollah’s comments. That was perhaps because Mollah, who is quite a motormouth, also railed against Bangla screen actors Deepak Adhikary (popularly known as Dev) and Moon Moon Sen (both Dev and Sen are Trinamool MPs), questioning their political credentials. That, and not any outrage over Mollah’s remarks against Ganguly, provoked many actors and celebrities affiliated to the Trinamool (and there are quite a number of them), to condemn Mollah’s remarks. Significantly, no other ‘non-celebrity’ leader of the Trinamool, not even its voluble spokesperson Derek O’Brien who tweets his opinion on nearly everything under the sun, found it fit to react to Mollah’s nasty remarks.

One would have expected Mamata Banerjee, being a woman herself, to condemn Mollah and disassociate her party from his comments. But then, Mamata has never been known to be sympathetic towards women (her infamous remarks on the Park Street rape case being one example): and the number of crimes against women in West Bengal has increased alarmingly under her watch.

In the past, too, many misogynistic, distasteful and offensive remarks against Mamata and her character assassination by many CPI(M) leaders have gone uncondemned by either the Congress or Left leaders who otherwise jump at any opportunity to pose as upholders of women’s rights and dignity. The operative part here is opportunity—it has to be one that suits them and their petty political interests. The dignity of women in general, and the issue of safeguarding that dignity and condemning or opposing attempts to undermine that dignity, is not their concern. It only does when they spot an opportunity to leverage to attack their political opponents. That makes them hypocrites of the first order.

The Election Commission has, of course, taken cognisance of Mollah’s remarks and has issued a showcause notice to him. That really doesn’t bother Mollah or his present party boss Mamata Banerjee who holds the EC in total disdain. But this latest incident is yet another commentary on the sad state of politics in Bengal, the depths to which many politicians (especially those of the Trinamool and the CPM) can sink, and the utter hypocrisy of the so-called ‘left-liberal’ brigade.