Shourie’s Anti-Modi Rant Does Him No Credit; He Sounds Like Rahul, Kejriwal 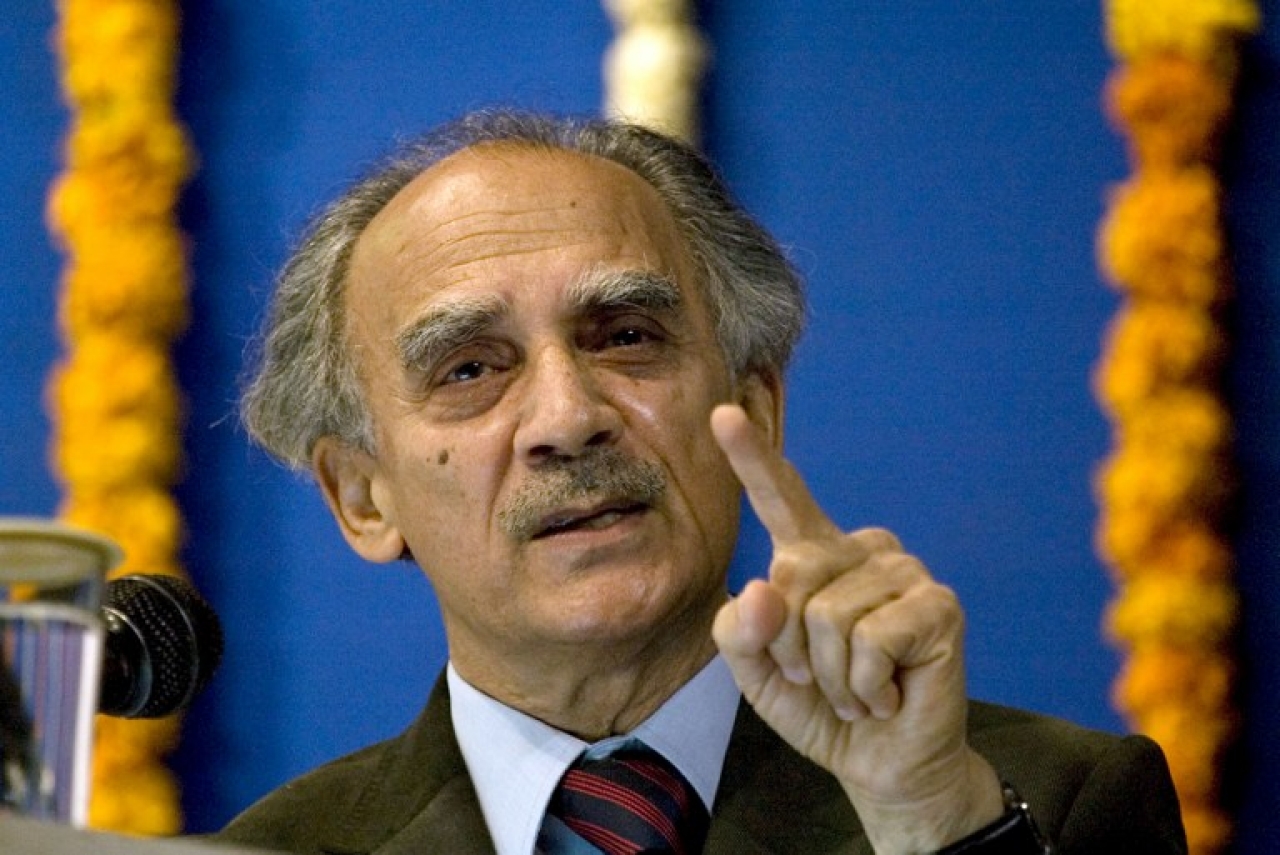 It is a tragedy when one of India’s towering intellectuals brings himself down to the level of an abusive critic.

Narendra Modi is a narcissist, a Machiavelli, a one-man-show, a man out to divide the nation along communal lines. He is insecure, and uses people like “paper napkins.”

If these statements had come from a Rahul Gandhi or an over-the-top name-caller like Arvind Kejriwal, one can merely shake one’s head and move on. But this is coming from Arun Shourie, author, former cabinet minister, and a thinking individual. And that is the pity.

Some of the criticisms are valid. Modi, like all of us, may have his insecurities and human flaws, and it may be worth pointing them out occasionally. But Shourie is not coming from an area of genuine concern over the mistakes the Modi government may be making. His criticism seems to emanate from a personal sense of pique and anger, a discarded man who thought he was entitled to a place in the Modi cabinet by right.

Now you know where the “paper napkin” and “use and throw” analogies come from: from a man denied, and someone who is not big enough to put his small, private disappointments behind him and move on to more constructive things. If Modi’s media critics are repeatedly seeking Shourie out for his views on Modi, he should know that the media is also using him like the “paper napkin” he worries about. They will never interview him on his views about “Eminent Historians” or “A Secular Agenda”.

Consider Shourie’s absolutely excessive charges against the government. He claims to have spotted a clear logic linking the Sangh Parivar’s Ghar Wapsi, award wapsi, Love Jihad, the beef ban, Bharat mata ki jai, and the JNU anti-nationals brigade. “This was deliberately orchestrated by the government,” he said, accusing it of pursuing a policy of divide and rule.

There is no doubt that the government did not cover itself with glory in the way it handled some of these incidents. The beef ban controversy was entirely avoidable. But surely, Ghar Wapsi is a logical response to the threat of conversions away from Hinduism? And the JNU event, where anti-nationals shouted slogans calling for “Bharat ki barbadi”, was hardly something the government could keep quiet about. You can criticise the ham-handed handling of the fallout, where the government made a hero of the students union chief Kanhaiya Kumar by arresting him, but Shourie can hardly blame a government for reacting to this provocation.

It can be argued that the BJP wants to use the nationalism card and a covert Hindu agenda to its political benefit, but this is no different from other parties wearing secularism on their sleeves and staying quiet on minority communalism and provocations. If you can debunk the nationalism card, so can you debunk the secularism claptrap. Both are isms, and two sides of the same polarising coin, and the BJP can hardly be blamed more than the Congress or the Left for dividing the polity.

And dividing people on caste lines has been par for the course for all parties, whatever be their official rhetoric. The caste card has repeatedly been used to divide Hindus. Divide and rule is not a mere BJP preoccupation.

And if at all there has been any “deliberate orchestration” by anybody of a chain of events, the anti-Modi, anti-BJP campaign – from phony “churches under attack” cries to allegations of “growing intolerance” - seems a better example of orchestration than what Shourie is trying to pin on the government. The government’s orchestration was weak, and self-defeating.

Or take Shourie’s dismissiveness of the government stand on the AgustaWestland bribery scam. He criticised the government for not appealing against the earlier Italian court’s acquittal of two Finmeccanica bosses, Giuseppe Orsi and Bruno Spagnolini, and says the appeals court, which convicted them, was specifically criticising the Modi government for not being helpful in the matter.

If this is true, that the Modi government actually avoided helping the Italian court on a conviction that would have helped it politically in India, then it is hardly right to say that in the last two years Modi was in a “boxing match” with everybody else. It may also mean that embedded elements in the bureaucracy were beholden to their former masters in the Congress, and this again disproves Shourie’s claim that Modi was running a one-man show, unaccountable to anybody. Modi clearly does not control everything in government. If anything, the government has appeared weak because of the opposition’s strident anti-Modi stance all through, and deliberate efforts to block crucial legislation.

It may be fair to say, as Shourie does, that the government’s handling of the AgustaWestland affair was “like digging a mountain to find not a mouse, but an invisible chuha (mouse).” But isn’t this the problem with all major political investigations in India, where the system works against the investigative agencies, and poor spadework ruins the possibility of convictions?

Also, is it not possible that, far from boxing with everybody, the Modi government was trying to spare the Gandhis from being prosecuted in order to get their cooperation in passing legislation? Is there any doubt that if the government had gone hammer-and-tongs against politicians and bureaucrats in the Agusta affair, the opposition would have stymied whatever little legislative agenda the government has been able to steer successfully?

The simple conclusion one arrives at is this: whatever the Modi government’s failures – and there are many – Shourie’s unfair criticism of the Prime Minister and his government seems to come more from a sense of personal disgruntlement for being denied office than any real concern about the direction taken by the government.

Modi can be faulted for many things. Some key ministries – finance and HRD, for example – could have fared better with more inspired choice of incumbents. Modi certainly erred in denying Shourie a place in the cabinet, when he was clearly the best performing minister in Vajpayee’s ministry. He would have done Modi proud in any important ministry.

It is true that the Modi government lost precious time by failing to comprehend the true nature of the problems confronting the economy when it took over in May 2014 – especially the sorry state of banks. It is now making amends. It is trying to fix the problem in banks, and also promoting public investment to revive investment cycle.

The government’s errors happened largely in the normal 18-month learning curve that any new government goes through. It is worth recalling that even Vajpayee’s reforms started well after 2001, three years after he became PM. And he wasn’t re-elected. Maybe Modi does not want to be a one-term PM. Vajpayee brought in Shourie after both Ram Vilas Paswan and Pramod Mahajan were unable to fix the lobbying wars in telecom.

Shourie should look back and learn from Vajpayee’s own mistakes to look at Modi’s failures in context. His excessive and personalised criticism of Modi and his government is unwarranted, and do little to burnish his own reputation as an unbiased intellectual. He has descended to pettiness that is unbecoming of him.