‘Situation Getting Dire’: Indians Stuck In Iran Amid Covid-19 Outbreak Wish Government Would Speed Up Their Return 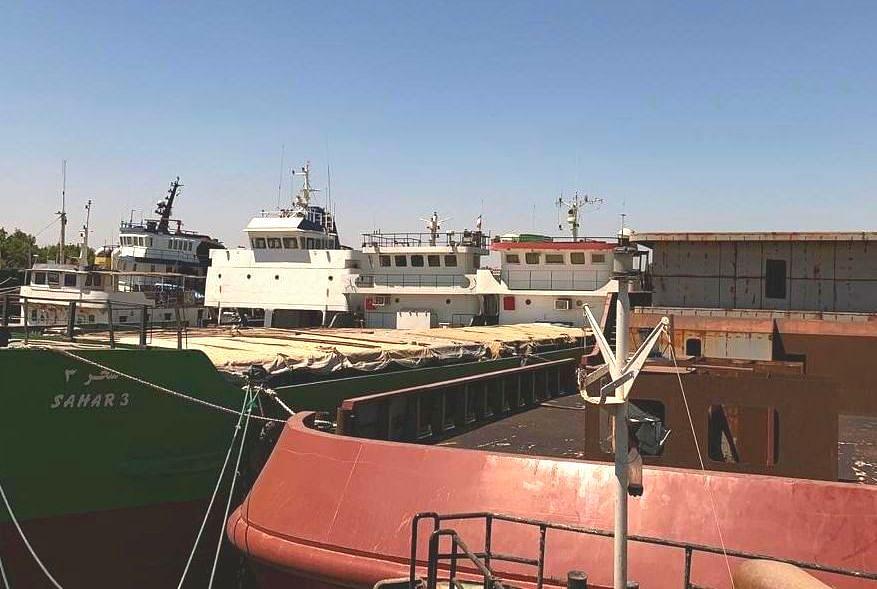 Some of the boats in Iran in which the seafarers are housed.

Tushar Krishendev Ingole has not been paid for a month. The steel plant where he works at has been closed as the city is under a lockdown. As the market is shut, there is no supply of rations and the stock is getting depleted by the day.

This is not just Tushar’s story but that of 65 Indian workers in Ardestan, Iran, who now want to get back to India but are unable to because of lockdowns in Iran and India.

Tushar, 24, hails from Maharashtra and has been working in Iran for 10 months. He says their group of 65 has approached everyone, from the Indian embassy in Tehran, to the Maharashtra Chief Minister’s Office, but they have not got any help.

Bharat Santosh, 26, also from Maharashtra, says they are not equipped to stay there.

“We have not been tested and we have not been provided with any personal protective equipment either. Some of us have masks but we have bought those ourselves,” says Bharat.

Tushar says, “No one seems to care about us anymore. An Indian medical team came to Iran to test people. They even evacuated many of them, but neither were we tested nor was there any effort to evacuate us. No one from the embassy has come to meet us despite our mails and calls.”

This is a reference to the Indian pilgrims in Iran. In March, the pilgrims at holy Shia site of Qom were tested for coronavirus by the embassy and, after the media reported that 252 out of the 800 had tested positive but were still forced to share living space with the healthy, the government moved them to a medical facility in the city.

Over the phone, Tushar’s voice seems to race against time to convey his fears.

He says, “We are using all our options but no one is responding. When will they respond? What will their response be worth if it comes after we die here?”

While the steel plant workers at Ardestan have a place to stay, there are those who don’t even have a guarantee of that. Anurag Chand and seven of his fellow seafarers are put up in an abandoned ship at a dock along the Karun river at Khorramshahr in the Khuzestan province.

He says, “Our contract ended over 40 days back. Our Iranian agent said he would get us shifted to a hotel in four-five days after we moved in here but it has been 40 days and we have not heard from him since. He doesn’t respond to our calls anymore.”

The situation is getting dire by the day as Anurag says the area around them has had around 100 coronavirus cases.

Iran has been among the worst-hit countries across the world. It was among the first countries to report an outbreak outside of China. As of the latest count, there have been 79,494 cases and 4,958 deaths. This has been credited to sanctions that have affected the Islamic Republic’s ability to procure medical supplies, opaque governance, and initial mismanagement.

Their group is too scared to go out even to get food. They are somehow managing their meals with help from ships around them.

When they reached out to the embassy, Anurag says the officials asked them for their details which they promptly sent, but nothing has been done since.

“Our last communication with the embassy was around two weeks back when we were told that they would get back to us when they get testing kits. They said there were no testing kits with them,” says Anurag.

In all, he says, there are up to 70 seafarers stranded in Iran that he is aware of — in ports of Khorramshahr, Bandar Abbas, Kish, and Bushehr.

The Chairman of the International Maritime Federation, Captain Sanjay Prashar, has taken up their cause.

Captain Prashar says he has collated a list of 119 Indian seafarers who are stranded in Iran and has approached the Directorate of Shipping with the same. He believes more will be discovered and the final list will have at least around 200 names.

“No seafarer can go on a ship without getting a contract from an agent licensed by DG Shipping, whereas most of these seafarers have gone there through illegal agents. So something is wrong. Also, most of them are 25-26-year-olds and are first-timers serving on small boats, offshore vessels, of usually 30-50 metres, or a maximum 70 metres. These are not proper merchant ships,” says Prashar.

When the pandemic broke, most owners brought their vessels to the shore, says Prashar, and adds that while Iranians working onboard went home, Indians were put up across docks and hotels. Since these seafarers are isolated from the rest of the population, they are relatively better-off for now but there are concerns nonetheless.

“We are concerned about two things. One, none of these seafarers or their vessels have insurance, so they will get nothing if something happens to them, and, two, even if one of them gets infected, all of them will get the infection as they live together. They are safe today but you don’t know about tomorrow,” says Prashar.

When asked about the government’s response, Prashar says a proactive approach is lacking.

“Companies have promised to send them back and I am sure 99 per cent will be back, but the government has all the resources, which we don’t see being put to use. Seafarers don’t seem to be a priority,” says Prashar.

Binding all of these stories is Shaheen Sayyed, a Kuwait-based human rights activist. Besides the workers at Ardestan and seafarers across Iran, Shaheen says there are up to a 1,000 Indian fishermen who are also stranded.

She says, “These fishermen are from Tamil Nadu and they have a language barrier as they know neither Farsi nor Hindi. Most of them know only Tamil and only a few know broken Arabic. It’s, therefore, very difficult to engage with them.”

From stranded Indians to those taking up their cause, the Indian embassy faces the charge that it’s not doing enough.

Prashar says, “We believe the government is taking measures given the difficult times, but we wish the embassy takes a more proactive approach. The embassy may approach port and maritime organisations in Iran to learn how many Indian seafarers are there. These organisations have all the details of the seafarers.”

We sent the embassy and the external affairs ministry sets of questions and a response is awaited.

Meanwhile, the government has told the Delhi High Court that they cannot bring back Indians who are in other countries at the moment because of the ongoing lockdown, even as those stranded and those supporting them continue to raise the issue.

Sources in the government have said that Indians are not being evacuated as part of a larger policy decision to check the spread of the virus in the country. Sources said this while disclosing that 3,336 Indians in 53 countries have been infected from the virus, while 25 have died. Even as normal flight operations are shut and the government refuses to bring Indians abroad home, it has facilitated 48 countries to evacuate around 35,000 of their nationals from India.