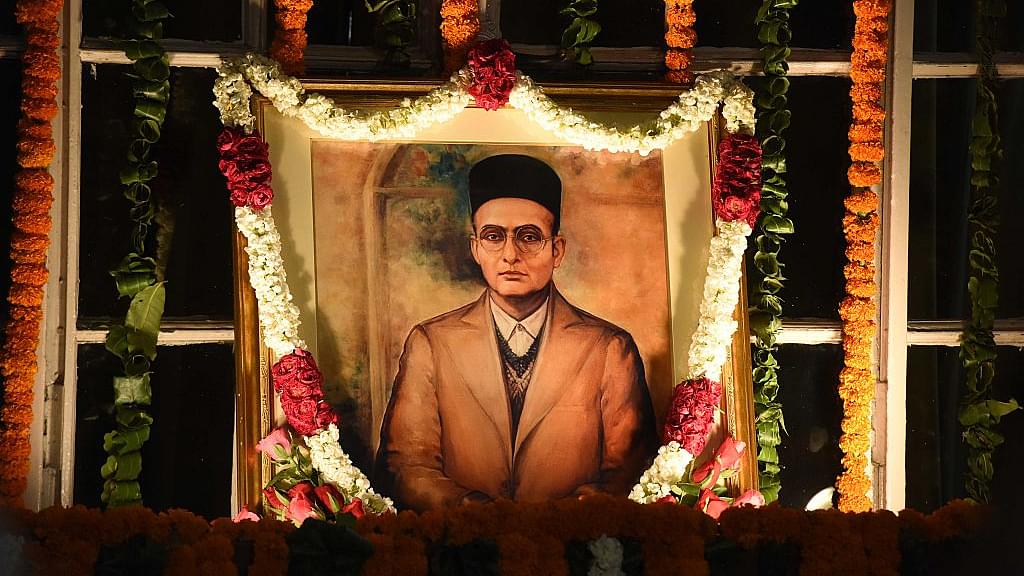 In my Swarajya column last month, I flagged the need for the Right-wing in India to define itself more clearly and distinguished between the defence of the feudal-agrarian order and the Hindu cause.

Sometime back, I was at a day-long conclave on the new India where a union minister of cabinet rank was chairing the session on economy and industry. To my utter shock and disbelief, the minister dismissed the necessity of industrialisation for economic growth and prosperity, and instead went on to glorify the village life and agricultural economy with the cliche ‘Real India lives in the villages’. This left me wondering as to what kind of people constitute the political elite of this country, especially those who claim to be associated with the Right-wing in India? What exactly is this Right-wing in India and what it should actually be?

While it is debatable as to from which juncture of history and with whom we should mark the beginning of the Right-wing politics in India, there is little doubt that it was Veer Savarkar that wielded this upsurge into a coherent thought and ideology for the first time. Imprisoned at the British jail for his resistance against the Western imperialism, and unlike Jawaharlal Nehru or Mohandas Gandhi denied any succour available to even common criminals, Savarkar was compelled to reflect upon the state of India and its people.

Why it was so that India was being repeatedly laid to waste by invasions be it Turks, Mughals or British? For Savarkar, the problem was not so much the repeated invasions but as to why there was no coherent response to it? Why was it that Indians were on the losing side of the history despite innumerable acts of valour and some successful resistance every now and then? Savarkar traced the malaise to the disunity among the inhabitants of the land and their inferior military capabilities despite an illustrious history of warfare stretching millennia.

As argued in the previous column that the challenge posed by the Western modernity under the colonial rule was something altogether different and left the Hindus scrambling for a response. Thus, naturally the Western dominance was foremost on the mind of Savarkar, an enemy too powerful to defeat in any direct confrontation. Something had to transform, something new created to enable India to rise to the challenge of regaining its freedom. It was here he envisioned a radical new future for India.

Savarkar is important because he gave the first systematic Hindu response to the Western colonialism and Islamic imperialism. And as we have seen, this radical socio-political vision was Hindutva. The consolidation of various pagan traditions of India under the ‘Hindu umbrella’, to reaffirm their unity in diversity to withstand the Abrahamic onslaughts was near complete by the 20th CE. What was needed a spark to wield this socio-religious community into a political community. And that spark was Hindutva.

For industrialisation, like modern warfare, needs the mass mobilisation impossible under the village-order hopelessly sunk in a low-intensity permanent civil war among its various castes competing against each other. The power of the political construct of nation and nation states lies in its superior ability to mobilise the people down to the last rung for a definitive objective be it war or peace time reconstruction.

Many people argue for the continuation of the caste system on the basis that one of the reasons that India survived centuries of foreign invasions and rule because of the caste system, which erected insurmountable barriers for the enemy. There may be some truth in it, but what is also true is that the same caste system also erected similar barriers within the same people themselves by compartmentalising them into watertight silos. And what was true for a time long bygone was not true when faced with an opponent organised under a nation state bringing upon their full might upon a divided people.

Savarkar understood that for India to be free, for India to be able to resist imperialism, a nation had to be born. And in his conceptualisation, that was a Hindu Rashtra. Only a Hindu nation transcending caste, regional and linguistic barriers was capable of defeating imperialism and safeguarding the future. No longer would invading armies shall roam around the countryside, no longer shall India be a playground of competing colonial powers, no longer shall its people and cities pulverised by warlords for they would have to face a powerful Indian state created on the foundation of a Hindu nation. And the foundation of this Hindu nation was Hindutva.

Savarkar had little time to romanticise the ‘timeless agrarian India’ and its idyllic village life. He wanted to transform it. Just like Dr B R Ambedkar, he argued for an industrial-urban India not return to some hoary past. Compare that to the bizarre views held by those who claim to be his successors of Hindutva politics. Eternally confused between defending feudal-agrarian order and Hindu cause they almost always come up with the feats like dishing out industrialisation in a session on industrialisation to create a new India as envisioned by the Make in India project of Prime Minister Narendra Modi. And he was not alone, most of the English-speaking urban middle class audience applauded his speech and concurred with him while expressing their views.

But which village? Same villages of India, which Ambedkar called a sink of localism, a den of ignorance, narrow mindedness and communalism? Whose life in village are they romanticising? Of the vast majority of the populace who owe little to no land and live a daily life of poverty, indignity and humiliation? Or of the kisan and zamindar class? Why is it that in the poems of the nationalist poets idealising the village life, lives of Dalits don't find a place? Didn’t these doyens of literati, who shaped the nationalist language and symbolism in the past century, ever visited the Dalit section of their villages? Didn’t they ever see the position of women in their own family? Or was it wilful blindness? Find me a Dalit author, who sings ode to the village life?

What Hindutva politicians and those professing loyalty to the Right-wing must know is that the rise of a Hindu nation and rise of an industrial-urban India are inseparable. One is not possible without the other. The industrialisation needs free labour, which is not only skilled but mobile. For the creation of this free labour, the village agrarian order and the caste system have to inevitably break down. The old caste rules and professions, compartmentalisation of people are unfeasible under an industrial economy. And on the other hand, it is precisely this transformation brought about by the rise of industrial-urban economy, which creates the fertile ground for the Hindu Rashtra by enabling the free mixing of castes and communities, thus giving birth to shared concerns and shared experiences.

It is the rise of a new middle class from these castes, which led to emergence of a ‘new class of Hindu castes’ sharing similar aspirations and worldview and increasingly conscious of its Hindu identity as the old caste antagonism diluted if not disappeared. It is this constituency that became the propelling force behind the 2014 verdict. This phenomenon is most starkly visible in the case of Dalit castes as analysed in Why Dalits Are Moving Towards BJP.

But such obstructionist views espoused by the plethora of leaders championing the Right-wing politics tantamount to a total lack of any serious engagement with the cause and issues at hand. To be fair this is not a uniquely Right-wing problem, this is an Indian problem. What differentiates modern India from other major powers is the lack of an impeccable intellectual tradition be it in any field; political science, sociology or economics. Well, what is the need to create one when we have inherited it all from the ‘timeless India’ and ‘the Vishwaguru’, ‘the superpower’ has already reached the pinnacle of the world!

The only saving grace that day was a senior Rashtriya Swayamsewak Sangh functionary, who in the end remarked that no one in this room would ever go and live and work in villages and that shows the hypocrisy and hollowness of their beliefs. Suddenly there was silence.