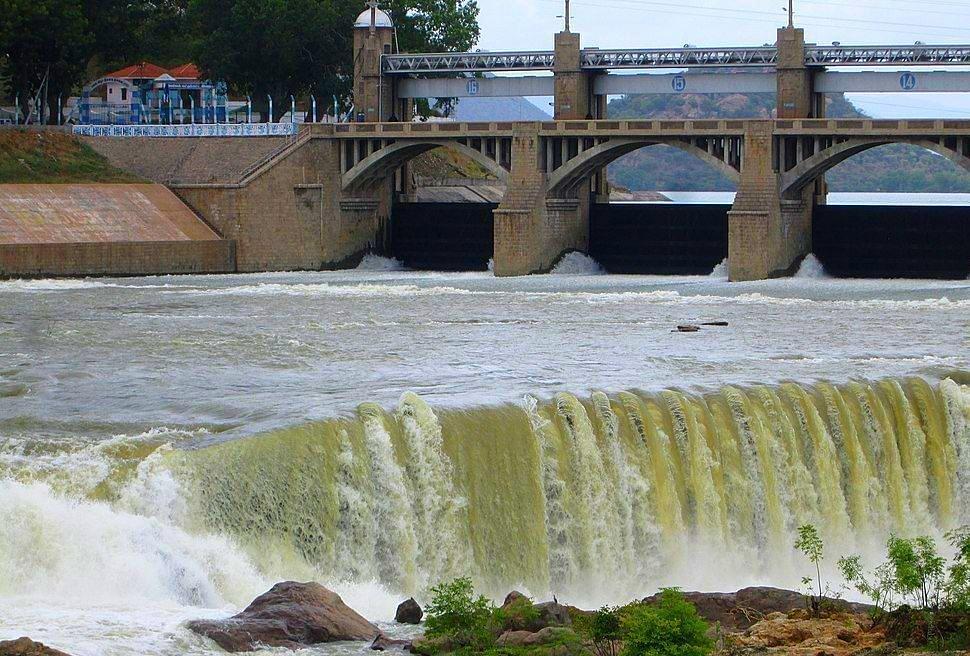 Every year, the Tamil Nadu government lets out water from the Mettur dam or the Stanely reservoir for irrigation in the state’s Cauvery delta. However, for eight consecutive years, including this year, the deadline to let out the water has been missed because the required water storage level was not reached.

This year, at the time of the deadline, the water level was below 40 feet against the dam’s full level of 120 feet. But currently, thanks to copious water flow from Karnataka, the dam is filled to capacity.

As of Sunday (29 September), the authorities were letting out 12,700 cusecs of water, while the inflow was 13,000 cusecs. But more importantly, at least 20 thousand million cubic (TMC) feet of water has been let out into the sea.

After facing a shortage of Cauvery water in 2017, Tamil Nadu received plenty of water last year. However, nearly 100 TMC feet of water was let out into the sea due to lack of proper storage facilities.

The irony of the water being let out into the sea is that it is being wasted when there are other parts, especially in the Cauvery delta itself, which are starved of water even now.

The main reason for some of the regions near the Cauvery delta being starved of water is that the canals in which the water flows have not been properly desilted or cleared of trash.

For example, on 25 September Dravida Munnetra Kazhagam (DMK) member of the Tamil Nadu Assembly, T R B Raja reported that until 5 September no work to clean the Mannargudi main canal had begun.

Raja said he had to force officials of the public works department (PWD) to take up the desilting and cleaning work on a war-footing. It took another 20 days before the Cauvery water reached the Mannargudi Sri Rajagopalaswamy temple tank or “Haridhranadhi teppakulam”.

But the allocations have had little effect on improving water storage in the state or ensuring the free flow of water in canals for irrigation in the Cauvery delta region.

A farmers’ organisation leader was quoted by the media as saying that canals like Sarvamanya Kottaiyur, Asur, Eragaram, and Baburajapuram have been dry for two decades as the supply channels have almost vanished. This has turned about 5,000 acres of land into desert.

Locals say that the state authorities are giving more importance to building bridges than desilting the canals. “Desilting is not being carried out properly,” said a local from Mayiladuthurai in Nagapattinam district.

S Prabhu, the coordinator of Thiruvarur Farmers’ Producers Organisation, told Swarajya that south Mannargudi has been deprived of Cauvery river water as it is being diverted to Kollidam river.

“Canals in main villages have not been desilted and these villages lack irrigation,” he says, adding that officials now accord priority to construction of bridges only.

Another local says many lakes and ponds are still dry in Thanjavur and Nagapattinam districts since the Cauvery water has not reached these places and desilting has not been done. He also alleged irregularities in carrying out desilting, with officials and some cadre of the AIADMK party being involved.

Prabhu alleges that some farmers association have availed of the money to carry repair works and desilting, “But they have not carried out the required works,” he complains.

Numerous farmers associations exist in the Cauvery delta. These associations go to the officials and get funds for various works to strengthen water supply. However, the work does not get done properly.

“These are not real farmers who work on the field. And these people don’t follow proper procedures and prepare fake bills. How many things can a government monitor?” wonders Prabhu.

“Money for desilting has been handed to these associations out of sheer trust the government has in them. But the amount has not been handled properly,” he says.

According to Prabhu, parts of trees that fell during the Gaja cyclone last year are still lying in some of the canals.

“Before the cyclone, people had queued up requesting permission to cut the trees. Now, no one is even ready to take these trees free of cost,” he says.

Many trees fell during the cyclone and farmers got compensation from the government for the damages caused. But since they cannot burn the trees on their farm-lands they have left them on the roadside. “They don’t even want to consider using the parts of trees for mulching,” he adds.

People in the Mayiladuthurai and Mannargudi regions allege that there are no facilities for the water to reach lakes or tanks or ponds. “For some odd reason, the priority seems to be to get water to the Kollidam river,” says the Mayiladuthurai local.

Some allege the diversion of water to Kollidam is to fill the Veeranam lake, which is an important source of drinking water for Chennai. However, they don’t want to make an issue of it.

“It is pure mismanagement which has resulted in areas around the Cauvery delta being starved of water,” says another local from Mannargudi.

Locals say only after the death of former chief minister J Jayalalithaa has the region seen check dams being constructed. Three such dams have come up on Veerachozhan river between Kumbakonam and Mayiladuthurai.

Until these check dams were built, the delta area had seen no projects to ensure better irrigation after the rule of K Kamaraj ended. “The temples, their tanks, and canals are interconnected. People need to understand this before undertaking any work to improve water supply,” says a Mannargudi local.