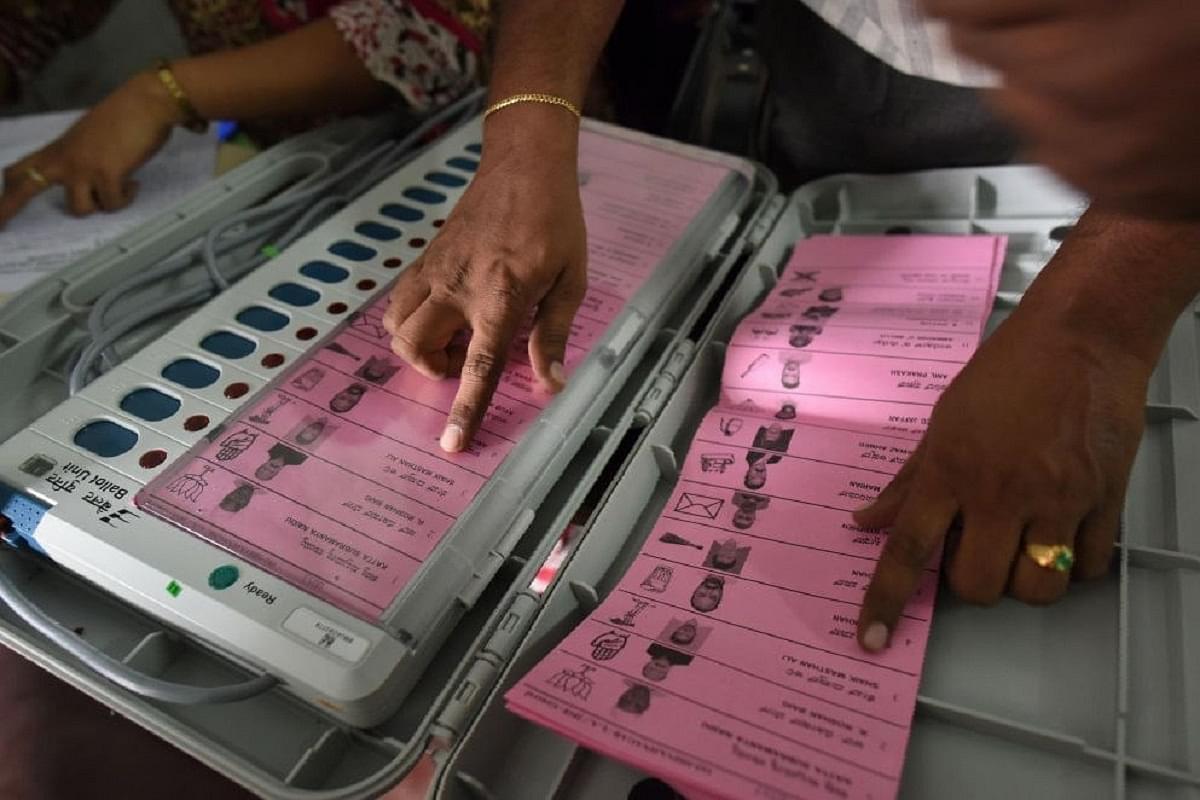 Chennai, Feb 19 (PTI) The voting in the urban civic polls in Tamil Nadu began on Saturday at 7 AM across the state amid tight police security and arrangements including ramps to ensure hassle-free experience to the differently- abled.

As many as 57,778 candidates are in the fray for 12,607 posts of ward members in 648 urban local bodies including municipal corporations, municipalities and town panchayats and the voting exercise began in over 31,000 polling stations.

In Chennai, out of the 5,013 polling booths, 213 have been identified as vulnerable and 54 as 'critical' and adequate security arrangements are in place, police said adding as many as 390 mobile parties and a total of 22,000 police personnel have been deployed here as part of efforts to ensure peaceful polling.

While the time for voting is from 7 AM to 6 PM, the last 1 hour is earmarked to people who have been affected by coronavirus.

In nearby Tiruvallur district, voting is to elect as many as 315 ward members for 8 town panchayats, 6 municipalities besides the Avadi municipal corporation.

In Tiruvannamalai district, voting is taking place in 454 polling stations to elect 273 ward members for 10 town panchayats and 4 municipalities.

The ruling DMK and its allies are together fighting the polls. The main opposition AIADMK's partners during the last year's Assembly polls like the PMK and BJP are facing the civic polls on their own.

In some areas, the AIADMK has allocated wards to smaller allies like the Samuga Samathuva Padai-led by former IAS officer P Sivakami. However, mostly they are contesting on the two-leaves symbol. Sivakami is the AIADMK nominee from ward 99 of the Chennai Corporation.

Amma Makkal Munnetra Kazhagam, Naam Tamizhar Katchi and Makkal Needhi Maiam are among others who are in the fray.

Polls were announced last month by the TNSEC for a total of 12,838 ward member posts in 649 urban civic bodies. The 649 urban local bodies are 21 municipal corporations, 138 municipalities and 490 town panchayats.

Subsequently, polls for all the 12 wards in Kadambur town panchayat in Thoothukudi district were cancelled for violations. For a town panchayat ward (Kanadukathan) in Sivaganga district, no nominations were filed. In total 218 candidates were elected unopposed.