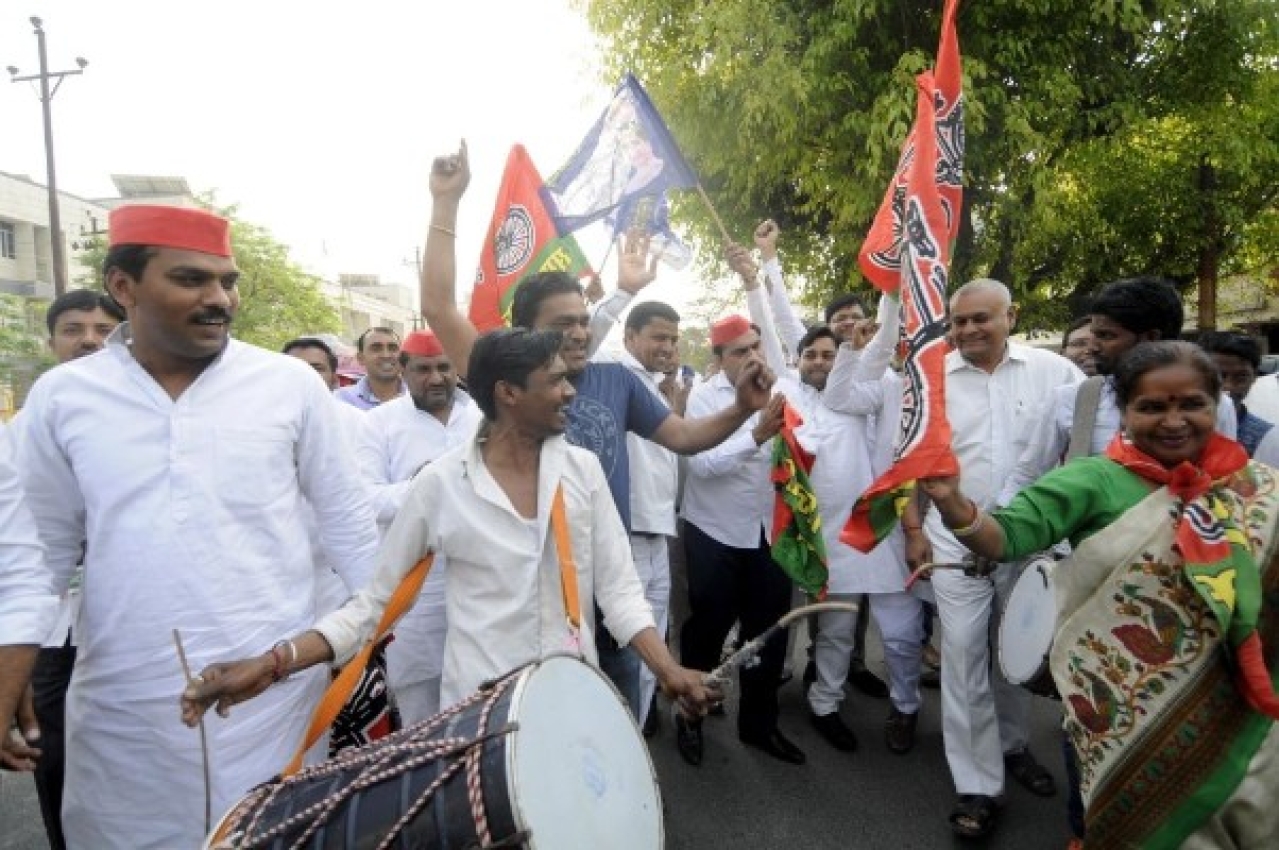 The euphoria on one hand, and anguish on the other, with which the result of the Gorakhpur bypoll has been received by the Indian commentariat, is proof if any was needed, that investment in elections goes much beyond the one made by the politicians who are fighting it.

There are people desperate to see Narendra Modi win, and there are people desperate to see Modi lose, and in both cases these are the people whose lives are barely affected by such victories and losses. Why, then, this maniacal investment? Why this frenzy over an election whose result leaves your life and its standard overwhelmingly untouched? This is a question that begs to be answered, but before this is attempted, one needs to explicate a rationale for it.

The fact of the matter is that the life of those who want Modi to lose or win hasn’t changed for the better or worse in the years since the Prime Minister has been at the helm. One can take this assertion further upstream of 2014, to even 2004 if one so wishes. Nothing extraordinary has happened in all these years that has altered the lives of the storytellers. Modi's policies are mostly centrist and left of centre – high taxes, entrenched state, expanding socialism, overbearing protectionism, free-flowing subsidies. Nothing has changed in the health and education departments either for the middle class or the upper-middle class – the socio-economic strata of the opinion makers and commentators.

India has progressed at her own pace, irrespective of who has been elected to force her pace. Most of the positives that one can add up in favour of the Modi regime would have happened anyway, if one had in mind to take India ahead – increment in lieu of promotion and no pink slip. All those schemes, like making available millions of toilets, or light bulbs, gas cylinders, roads, hospitals, schools – they are, broadly speaking, ideology-agnostic. All governments promote it, just that the pace of achieving these aims might differ, but then again not by much.

And here, too, one must ask – yes, the commentators do wish well for those in the lower socio-economic strata of society, but is their life really affected by the building of a new public toilet they will never use despite a groaning bladder, or a government school they will never send their kids to, or a gas cylinder they have no use of, or a new train they will never set foot in?

It is foolish for the unaffected professional to invest so much time and energy watching from the sidelines what is essentially a roulette in spin. The players switch sides at will and no one loses in the long run. "Ex-" is a prefix found most frequently in a politician's CV (curriculum vitae) – ex-BJP, ex-Congress, ex-BSP, ex-AAP, ex-SP, ex-CPI(M), ex-AIADMK, ex-TMC. Those who vote for him might be homeless, but a politician never is. Pre-poll alliance, post-poll agreement, coalition dharma, caste arithmetic, regional agreement, local pact, religious deal – these are tell-tale genetic markers for the disease called politics.

India has systematically missed all its honeymoon periods since it entered into a union, the last one being the autumn-winter of 2014. Modi might win 2019, and if he does, he will give the commentators more of the same. And if Modi loses 2019, the incoming dispensation will not be much different. Promise has learnt to hide itself well within compromise. India is a river that is immune to changing its course suddenly. The first and the last objective of an Indian politician is to be in power and keep it, and to make sure the bush doesn't start to creep and take over the newly laid road. In Indian politics, people succeed not because they are successful and worthy, but because their adversary failed. Anti-incumbency is the challenger's greatest weapon.

Is this an insufferably cynical way of looking at things? It may seem that way. But it is not if one realises that politics is just as much a profession as any other; it, too, remains overwhelmingly unaffected and immune to change. As unaffected as our lives have been these past decades, irrespective of how many times the reins to India's foreign, health, education, economic, and defence policies have switched hands.

And it is then that it finally dawns that the agony and ecstasy over the fate of a politician or their party stem from investing in an obsession one cannot control, a hate one cannot hide, and love one should not possess. For better or for worse, India is content at being judged till after the universe has expanded to its highest limits and there isn't a twinkling company to be had anywhere you look. When there is nothing to compare you with, you begin to believe that you are incomparable. So hear that river flow. Meditate.

Get Swarajya in your inbox everyday. Subscribe here.
Tags:
121 Shares