The Case Against Capital Punishment 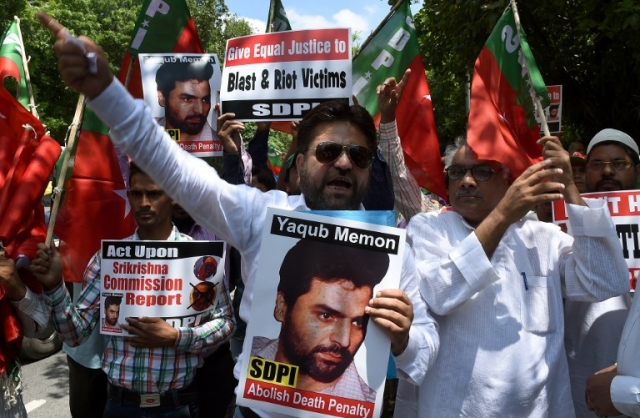 Why India should replace capital punishment with life imprisonment without parole.

As Yakub Memon met his fate at Nagpur jail, India is once again gripped by the memory of the terror unleashed by him and his co-conspirators in Mumbai in 1993, when 254 people were killed in senseless bombing.

If we as Indians have any sympathy, we can show it to the victims of Yakub’s horrific crimes.

There is no question about his guilt. If you are a part of a team of murderers, it does not matter what exact role you played. You are equally guilty. Yakub Memon was given a fair trial, and a full slate of appeals, before he was delivered justice by our legal system.

Shashi Tharoor, Congress MP, has tweeted repeatedly against the hanging, saying that the State should take no pleasure in imposing capital punishment, that State-sponsored killing reduces us all to murderers, etc. I suppose being in the Opposition means that Shashi Tharoor can speak freely; he doesn’t have to keep his mouth shut like he did when Congress hanged Afzal Guru in secret during their time in power.

And yet, the hypocrisy of Shashi Tharoor’s argument does not negate it. Our own Supreme Court has held that capital punishment should be imposed only in the “rarest of rare” cases. This shows that we as is a society have evolved to the point where this form of punishment is exceptionally rare, and thank goodness for that.

It is worth thinking about what exactly we are trying to achieve when the State puts a criminal to death. “An eye for an eye” is not a core concept in Indian thinking. The statutes on capital punishment go back to the British Raj. While Britain itself has long abolished it, hanging continues to thrive in the former colonies.

The point of judicial punishment in all cases is threefold; rehabilitation, retribution, and deterrence. Obviously, capital punishment fails the first case, that of rehabilitation. Dead people do not get rehabilitated. Retribution is a valid response from a society victimized by the likes of Yakub Memon. But we must seriously discuss whether a death sentence is better or worse than its direct alternative, life in prison without possibility of parole. There is plenty of evidence that shows that rotting in prison until the natural end of your life is a fate worse than death, and many states in USA have abolished capital punishment with this in mind.

The third point, one of deterrence, is again something to carefully debate and consider. Countries that impose death sentences do not have fewer capital crimes than those that have abolished capital punishment. Shashi Tharoor is right when he argues that capital punishment is no deterrent.

There is also always the lingering question of whether we will end up hanging an innocent. In India, given the “rarest of the rare” standard, this is quite unlikely, but if we hang enough people over enough years, one day we will surely end up hanging an innocent. It happens all the time in brutal, violent places like the American South, China, Saudi Arabia, Iran, North Korea. Is this the company we wish to keep?

One thing that gets missed out when, in the words of US Supreme Court Justice Harry Blackmun, the State “tinkers with the machinery of death”, is the impact the execution has on the executioner. The job of the hangman is fraught with psychological damage. This is the only job where liking to do it is actually a disqualification, for who wants the State to hire a psychopath? For every State-sponsored execution, there is damage done to all the people involved in carrying out the killing. What have they done to deserve it?

But in the end, the easiest argument against capital punishment rests on the issue of cost. It is reported that India spent about 30 crore rupees in trying and executing Ajmal Kasab, the lone survivor among the terrorists who carried out the Mumbai terror attack. On the other hand, we spend less than one lakh rupees per year on our prisoners. In other words, you could imprison 300 Ajmal Kasabs for the rest of their natural lives for the cost of hanging just one of them! Once we get over the emotional baying for the blood of murderers, the cost factor is alone enough to say goodbye to capital punishment, and to replace it with a sentence of life in prison without possibility of parole.