The Communal Spin of the Post and the Times 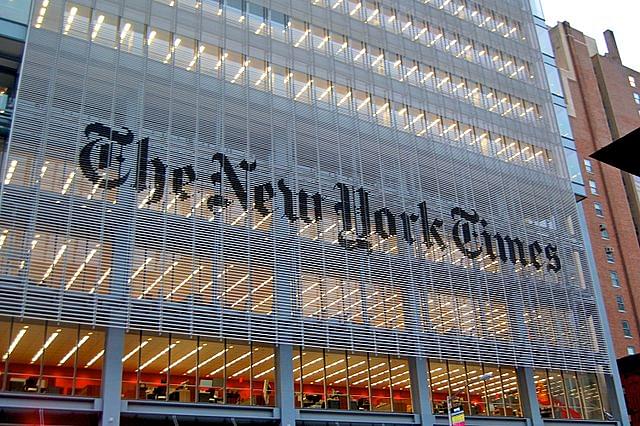 It is disturbing that Washington Post and New York Times, two of the most respected news organisations in the world, have carried pieces insinuating that Christians are under attack in India. Thin on facts, these are biases and prejudices dressed up as news and editorials.

Are Christians under widespread threat in India?

If you believe this news report in the Washington Post by Annie Gowen and this unsigned editorial in the New York Times, you’d probably think so.

Yet, both string together a series of truths and half-truths which amount to insinuation rather than evidence or arguments. And both shockingly fail a basic test of journalism, which is to do rigorous fact checking and, if facts are in dispute, present both sides of the contested facts.

Gowen begins her piece by referring to an incident in September in Uttar Pradesh in which a group in Asroi near Aligarh were reconverted to Hinduism from the Seventh Day Adventist sect of Christianity. Gowen doesn’t tell us that the conversions were forced—because there’s no evidence that they were. What she does tell us is that the “Hindu nationalists” who performed the reconversion ceremony tore a cross off the wall and put up a poster of Shiva, thereby turning the church into a temple.

What she doesn’t tell us is that the Adventists investigated this incident and their own news service reports that the church was not disturbed and found no evidence that an attempt was made to convert the church into a temple. The Adventists further say that the reconversions were not forced and reflect a failure of the local church to shepherd its flock.

Both the Post and the Times refer to the burning of St. Sebastian’s Church, a church belonging to the Roman Catholic sect of Christianity, in Delhi in early December. Both insinuate without saying so explicitly that this somehow represents a threat to the Christian community by telling us that arson is suspected. What neither tell us is that nothing has been proved about the cause of the fire, and if it was arson, who’s responsible and with what motive. In fact, India’s Home Minister, Rajnath Singh, set up a Special Investigation Team (SIT) to probe the incident and reported on this to Parliament. Until the SIT’s report comes in, it’s premature and irresponsible to connect the Delhi church fire to any claim about a larger threat to the Christian community in India.

Finally, both the Post and the Times refer to an incident in Hyderabad in which a pastor leading a group of Christmas carollers was allegedly beaten up by a group of Hindus. Gowen reports speaking to the pastor, Bheemudu Naik, who claims that members of the wedding party objected to the singing of the carols. Presumably, Gowen didn’t feel it necessary to speak to the other group involved and get their take on the incident—at any rate, she doesn’t report on this.

A senior police official, speaking on condition of anonymity, told me that police and intelligence officials had ruled out the incident being communal in nature. Rather, what happened, according to my source, was that the two groups crossed a narrow lane, and members of the wedding procession who had been drinking got into an altercation with the pastor and the carollers. Elders of the wedding party wanted to amicably resolve the episode but my source reports the pastor insisted on making this a police matter, which of course was his right. The bottom line, according to this source, is that this was a “stray incident” of violence, not planned, and not communal in character.

Interestingly, the Hyderabad incident, which clearly is contested, has been played up by two foreign newspapers who see it as part of a larger pattern—while it’s been largely ignored in the Indian media, presumably because it is indeed seen as a minor local incident. The Hindu, which reported in brief on the incident, refers to a Hyderabad police official categorically stating that the incident was not communal in nature—which tallies with the account my source reports above.

It’s shocking that Gowen evidently doesn’t think it important to present the competing claims about the Hyderabad incident and reports only what the pastor told her. If she has evidence that the police report isn’t accurate, then surely she should present that to her readers rather than telling only one side of the story.

As for the Times, the Delhi and Hyderabad incidents are referred to, to make the case that religious intolerance is on the rise in India. This is sheer insinuation, since the facts on both incidents are in dispute, and there is no persuasive evidence available at this point to brand either incident as communal. Again, if the Times editorial board in its wisdom has figured out ahead of Indian authorities that these incidents are communal in nature, why don’t they share their evidence and reasoning with us? Perhaps because there’s neither evidence nor reasoning but simply assertion and insinuation?

Predictably, both the Post and the Times go to town on “Ghar Vapsi” or the attempt by Hindu groups to reconvert converted Christians and Muslims back to Hinduism. These are presented without any context, in particular, as I discuss at length here, large scale and heavily funded aggressive proselytization (including denigrating Hindu Gods) by Christian evangelical groups often in the guise of humanitarian work and often targeted at the most vulnerable including orphans.

A reader of the Post or the Times who knows nothing about India might think that Hindu groups—what the Times refers to in derogatory fashion as “militants”, again a term of insinuation—have suddenly and without reason decided to go around reconverting Christians and Muslims, since they wouldn’t have any of the necessary background on decades and even centuries of conversion activity going back to colonial times.

What is especially disturbing about these two pieces and no doubt similar ones that are sure to appear in other foreign newspapers is that they come from some of the most respected and respectable news organisations in the world. The fact that they’ve produced pieces that are so thin on facts but high on spin can only lead one to conclude that there’s an agenda at work. That agenda, evidently, is to paint the current government in a communal light and suggest that with its rise to power, religious minorities are under threat in India. They may believe that, but they’re going to have to do much harder than present biases and prejudices thin on facts that are then dressed up as news and editorials.