The Fall Of Nawaz Sharif And What It Means For India 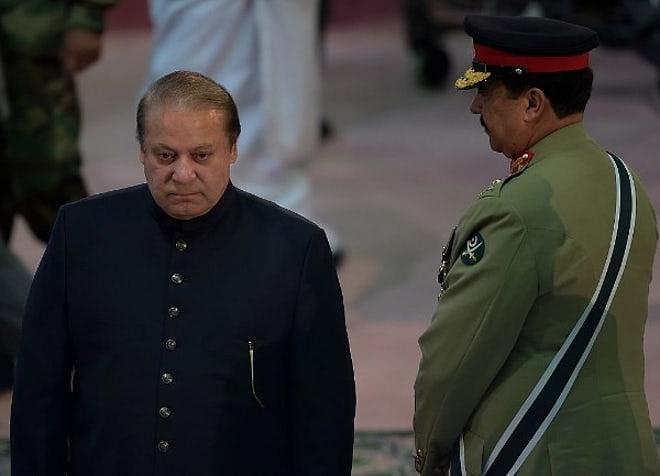 So Nawaz Sharif is third time unlucky; not that he was lucky in his first two sojourns in power. The Pakistan Supreme Court’s five judge bench has unanimously ruled against his continuance in power and ordered that he be prosecuted by a trial court for the charges brought out by the Joint Investigation Team (JIT). No one can ever be sure about the state of power politics in Pakistan, at any time. Even well informed Pakistani analysts refuse to accept reality that whatever the state of democracy and however civilianised the government and the judiciary, actual power related to issues that matter remains in the hands of the Pakistan Army. Being in denial is a part of the Pakistan character; it has now even touched its civil society.

Interestingly, Sharif has never completed his full term as prime minister. This is the third time for him; the first two being in 1993 and then in 1999; the first due to a showdown with the Pakistan President and under pressure from the Pakistan Army and the second due to the infamous coup d’etat by General Pervez Musharraf. Even more interesting, no prime minister has ever completed a full term; Liaquat Ali Khan completed four years and 63 days while this time Sharif has done four years and 54 days.

Each time a constitutional crisis or forced removal of an incumbent head of government takes place in Pakistan, hackles are necessarily raised in neighbouring India. The reasons are all natural because relationship with Pakistan is a huge concern. Also the usual corollary of instability in any neighbouring state is the higher degree of freedom and impetus the anti-India lobby receives in that state. Pakistan continues to harbour ill will for India and there is no letup in its long standing strategy of thousand cuts. By reputation, Sharif was not one who bore any major ill will against India although he did not forcefully oppose it either.

Even in the case of the Kargil intrusion, he appeared to have been a reluctant horse that was forced to go along with the plans of the Pakistan Army which clearly deceived even the Pakistani people. In his third avatar as Prime Minister, he attempted to go along with Prime Minister Narendra Modi’s outreach for a serious peace process but was prevented from taking it to any higher level after the Pathankot terror attack which was followed by the attacks at Uri and Nagrota. He can, however, not be given any certificate of approval in terms of the measures he undertook to rein in the anti- India jihadi groups because politically he did not have the means to do so despite supposedly politically controlling Pakistan’s heartland in West Punjab, where the bulk of these groups are quartered.

The expression of delight by the Jamat ul Dawa (JuD) at his removal by the Supreme Court, with the byline that Sharif never supported jihad, appears to confirm his unpopularity with the jihadi groups. To that extent, his being in the saddle as the Pakistan Chief Executive, at least on paper may have appeared more beneficial to India. However, the reality is that the Pakistan Army has now for many years adopted a smarter strategy; it does not rule directly but rather by proxy. Even as a Prime Minister reluctant to pursue the thousand cuts strategy, there was little that Sharif could do to prevent the Pakistan Army, ISI and other elements of the Deep State from pursuing their nefarious designs related to India. To that end, the downfall of Sharif won’t really affect the security situation.

The only thing now is that you may have an even more pliant prime minister who may actually acquiesce to the demands of the Deep State more easily and in fact more proactively. There is talk of Defence Minister Khwaja Asif being made the interim Prime Minister followed by Shahbaz Sharif, once the latter is elected to the National Assembly. There is no doubt that Sharif will exercise power by proxy, but such arrangements have a waning effect and the Pakistan Army is a past master in having political leaders to rubber stamp its strategic decisions including the running of foreign policy which is almost always against India’s interests. The freedom accorded to jihadi elements is unlikely to change as the shots will continue to be called by the very same Army which runs the show unimpeded even today. It may just happen that a new prime minister may wish to not disturb or make enemies out of the powerful jihadi groups.

What should concern us is the turbulence in Pakistan politics, which will make the results of the upcoming elections in 2018 even more uncertain. Political turbulence does not allow for friendly gestures and political parties may attempt to seek greater favours from the Army in return for more patronage. The ambitions of Imran Khan whose Tehreek e Insaaf (TeI) has not tasted central power will need to be observed closely. Imran Khan in cricket and Imran Khan in politics have been decidedly different entities.

Observers in India may be quick to jump to conclusions about the impending doom of Pakistan through its inability to get its politics right or control the ambitions of its Army. The latter will remain a truism as regards Pakistan, but that nation also has the South Asian resilience and appears to have the ability to withstand much. Its crucial geostrategic location gives it such advantage that going under may never be supported by the international community. In any case, its powerful army continues to act as the bulwark to retain balance and simultaneously pursue inimical policies with its immediate neighbours, India and Afghanistan.

What may probably happen, which could directly affect us in India, is the degree of control over the Punjab based anti-India jihadi groups may receive an impetus due to competing power centres within the Pakistan Muslim League (PML). There is no guarantee that the Sharif family’s hold will remain uninterrupted. The more its power dilutes greater will be the power of elements such as JuD and Jaish e Mohammad (JeM).

Sharif may have been a lame duck prime minister as far as foreign relations and security affairs are concerned, but he had the experience and the agility gained through years in politics. His hand may have tempered a hot headed General especially in times such as these when purportedly Pakistan’s strategic confidence appears upbeat. With a rookie prime minister in place and a not so experienced Pakistan Army Chief, India will need to be wary of a greater nexus within the Deep State and no advice to temper that.

Interesting times in Pakistan but when that comes about, the strategic compass in India has to be kept well in hand to determine each event that our wily neighbour is involved with.