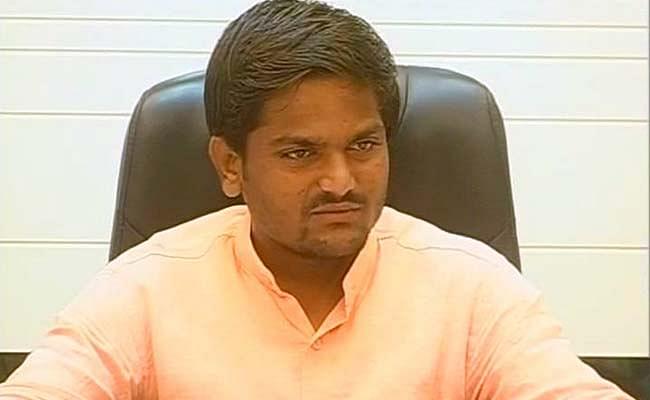 Hardik and his Patel agitators are barking up the wrong tree of caste-based reservations which are retrograde in the new 21st century India, purportedly with the fastest growth rate in the world.

The sudden and sizeable eruption of the Patel saga in Gujarat is a direct and damaging attack on the Modi bastion. It is designed to knock spots off the Gujarat Model, and undermine its contours via civil disturbance. Strangely the unkind cut is coming from erstwhile staunch loyalists.

It is timed to raise the spectre – a lack of ‘inclusive development’, supposedly missing in action for the bulk of the Patels. This, despite pockets of great prosperity and considerable representation in government and among the diaspora. And all this, most inconveniently for Modi, in the run up to the Bihar assembly elections scheduled in October.

So what if the suspiciously large five lakh people turnout for the Patidar Rally had well-ordered parking lots full of cars among the usual buses and tractor trailers? The rally in Ahmedabad must have cost crores to organise, and not everyone there need necessarily have been a Patel. But money is apparently no problem for the right trouble-maker in the Prime Minister’s home state. Not when he is trying to win the crucial Bihar assembly elections.

The young leader fronting the rally, Hardik Patel, claimed he had 22 lakh turning up for the rally instead of the 35 lakhs of people he was expecting. It would be natural for him to have a touch of brain fever, having been catapulted to national prominence from nowhere in a week.

The agitation has cast in stark relief, in exaggerated form, some of the glaring problems with the Gujarat Model of development. Big business and big industry, even big agriculture, ensured the 10% plus growth per annum during most of the Modi as CM years, much to the chagrin and embarrassment of the then ruling UPA.

This not only shone out in a comparison of the states, but contributed handsomely towards Modi’s own rise to the national stage. The superb growth of Gujarat, along with his three consecutive terms at the helm, combined with inspiring oratory, and a fondness for high technology, all played their parts. It propelled Narendra Modi to Delhi at the head of a majority government, that too, the first such in 30 years.

But Hardik, a just about BCom. graduate, 22 years old, allegedly playing the thin edge of the wedge for the likes of Nitish Kumar from Bihar and the supremely crafty Arvind Kejriwal from Delhi, is highlighting that small and medium business, the small farmer and city dweller, got seriously left behind.

Hardik himself helps his father in a small business to do with pumps, and knows just how the shoe pinches. So even if he is a stooge of forces out to undermine Modi, there is a message in the kernel of truth that accompanies it.

And any government jobs and educational institution seats, such as those in engineering and medicine go to the extent of a full half to those who enjoy reservation status! The ordinary Patels that compose about 15% of the state’s population, with so many of his caste brethren in the Gujarat assembly and government, including the Chief Minister Anandiben herself, are apparently getting nowhere fast.

Rahul Gandhi, struggling perpetually to justify his dynastic inheritance of the Congress Party, has also been harping along these lines for long. At least since the campaign for the national elections in 2013-14; but in RaGa’s signature style of jumbled incoherence, at least in the delivery! So, the message was mostly lost in translation, or ignored, in favour of Modi’s rousing promises.

Unfortunately, even in this sudden opportunity, all he came up with was that the bus burning and nine Patel deaths were a consequence of Modi’s ‘politics of anger’. It’s a simple message alright, but is it relevant in any central manner?

Hardik too, drunk on the sudden and massive attention of the last week, started saying all sorts of things. Senior journalist Shekhar Gupta is none too impressed however, and expects Hardik to fade from the public consciousness after his proverbial 15 minutes of fame, rather like farmer leader Mahendar Singh Tikait before him. Remember Tikait and his hookah, and all the Gandhi-topi clad farmers squatting on the boat club lawns in Delhi?

Still, Hardik is showing the bumptiousness and aggression that comes with his instant celebrity at present. In this, he may have learned a trick or two from Kejriwal in this age of 24×7 news TV.

He has stoutly asked for Rs. 35 lakhs compensation for each of the dead Patels. He says he idolises the late Bal Thackeray, and thinks Raj Thackeray rather than Uddhav, is a straight arrow, even if he didn’t have too much political support.

He’s been photographed toting a rifle. He’s duly criticised Modi and the Congress both. He is said to be close to Kejriwal and Pravin Togadia, but denies it. Hardik is now in Delhi to see what support he can rustle up from elsewhere, and determine what to do , among the curfews and Army flag marches in his wake, back in Gujarat. He says, quite refreshingly actually, do away with reservations or give me and all the other Patels a piece of the pie too.

Caste-based reservations may have indeed outlived their utility and become redundant as India has begun to prosper. Hardik has pointed it out, and many commentators are willing to concur. Today, the bottom of the pyramid is represented by poor Brahmins and Kshratriyas as much as it is populated by Muslims, Dalits, Tribals and the varied and increasingly empowered world of the OBCs.

Mandalisation, the Pandora’s Box opened by VP Singh, in the nineties, or the linguistic based carving out of new states started by Nehru decades ago, are all reaching their logical end of the line. Though, the recent bifurcation of Andhra Pradesh tells you that perhaps nothing has changed after all.

Affirmative action needs to move on to being based on purely economic criteria though, or it will increasingly regress towards a turn-the-clock-back free for all, and ‘me too’ set of anarchic agitations.

Also, the packages for backward states like Bihar and J&K , though seemingly robust in upwards of one lakh crores each, again do not seem to satisfy. Bihar says, for example, that Jammu and Kashmir is smaller and much pampered already, and 1.25 lakh crores for a big and populous state liker Bihar even without Jharkhand is not a lot at all.

But of course, this expecting largesse from the Centre can only sustain if the economy as a whole is growing fast enough to afford it. Fact is, currently, it is still not doing so, and needs to build further momentum. And the states too must shift for themselves. They must both welcome and facilitate investment, from the private sector, and foreign sources, in addition.

The other hard truth, highlighted perhaps by Hardik’s agitation, is the viability or lack of it in the SME sector.

Today, with increasing technology and mechanisation, scale of enterprise is essential to generate surpluses. This is a global phenomenon, and as we integrate with the international community, we must bear this in mind in order to be competitive.

The Indian SME sector, like others elsewhere, tends to be too hand to mouth. It has perhaps survived mainly through the protectionist era, due to Gandhian notions of ‘small is beautiful’, and socialist ideas of employment generation at the expense of efficiency. This is applicable, also to the so- called ‘unorganised sector’.

But now, a lot of it has stopped manufacturing their shoddy goods altogether, and is simply and gainfully engaged in the import and marketing of well priced goods, from China and elsewhere, which have increasingly flooded the market as trade barriers have been relaxed.

Liberalisation has revealed that the Indian SME sector, by and large unable to fund the tooling up necessary, is just unable to compete.

And the truth is, there is no going back in a fast changing global environment. ‘Inclusive development’ will have to redefine itself, scale up to be viable, and produce goods and services of high quality and at a competitive price.

To do this, the new SMEs, like the publicly traded small-cap and mid-cap stocks that are the rage today, will have to be reinvented. To prosper, the country and its small and medium scale industry needs to welcome the advent of bigger business and industry that can buy and use its services.

Hardik and his Patel agitators are barking up the wrong tree of caste-based reservations which are retrograde in the new 21st century India, purportedly with the fastest growth rate in the world.

It may be time to dismantle them altogether on the present basis, political will permitting. Fortunately, Hardik and his cohorts do recognise this already to their credit.

Going forward, the SME and ‘unorganised’ sectors need to stop being stand-alone strugglers buffeted on every side, and integrate with big business and industry, probably as ancillaries and suppliers.

They must, of course, be disciplined, with a willingness to learn or relearn the skills needed- with a commitment to efficiency, quality, professionalism, and timeliness. The Gujarat Model will just have to be tweaked a little thanks to the Patels.