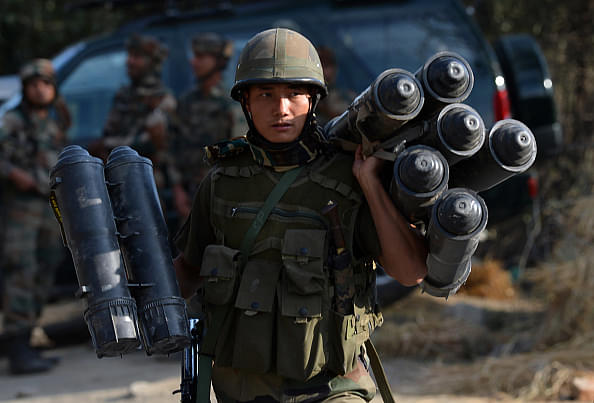 Deterrence in the final analysis is about psychological warfare. This aspect of nuclear deterrence is well-known. The deterrent effect of India’s cross-Line of Control (LoC) surgical strikes has marked an important salient in conventional, asymmetric war-fighting. It must not be allowed to lose its potency in the competitive politics between the Bharatiya Janata Party and the Congress.

The value of the surgical strikes, lay as much in the strikes themselves, as in their formal and structured disclosure by the Indian Army’s Director General of Military Operations, Lieutenant-General Ranbir Singh. The strategic nature and intent of the surgical strikes were unprecedented. The strikes were planned and initiated on political direction. They were not autonomous actions of field units of the army seeking revenge for the Uri attack. Such autonomous actions have been carried out in the past without the associated political sensitivities that come from political premeditation.

It is this writer’s contention that if surgical strikes had been carried out by the previous Manmohan Singh government and revealed in the current manner, there might have been some constraints placed on Pakistani terrorism in this duration. The surgical strikes in fact shred the whole concept of strategic restraint and expose it for it is: An artful policy to do nothing.

Perhaps the most pernicious ambassador of strategic restraint today is the former National Security Advisor (NSA), Shiv Shankar Menon. For reasons that defy commonsense, Menon was made foreign secretary by the Manmohan Singh government superseding several other Indian Foreign Service (IFS) officers. This writer has a low opinion of the IFS or at least its older generation. The officers Menon passed over were perhaps as mediocre as he. But as foreign secretary, he definitely did not make the cut. And his reputation of a famed Sinologist was based on following Nehruvian pusillanimity towards China.

When he moved higher as NSA with the assistance of mysterious backers, he was more of the same mediocrity, and simply nothing distinguished his tenure. To the contrary, Chinese incursions peaked, and the stapled visa issue blew up. In the course of publicising his new book, Menon says the previous United Progressive Alliance (UPA) regime contemplated striking the Lashkar-e-Toiba headquarters in Pakistan’s Punjab province, but abandoned it for a reason. The reason was that even a successful elimination of the Lashkar leadership would not significantly affect its terrorism potential against India.

This writer would not doubt Menon’s word about India’s capability at the point of time he refers to, to carry out the strike. It is the reasons he advances for not carrying out the strike that are objectionable and deplorable. Menon does not specifically mention that Hafiz Sayeed was in the Indian crosshairs but one assumes he was. If Hafiz Sayeed was neutralised, would that not have had a shock effect on the Lashkar-e-Toiba? Menon wishes us to believe it would not have. This writer begs to differ. Organisations like the Lashkar-e-Toiba, Al-Qaeda, Islamic State, etc, are led by influential leaders. If the leader goes, the organisation is thrown into disarray.

If the US had employed Menon’s logic, it would not have assassinated Osama Bin Laden. The Al-Qaeda is a scattered entity after the death of Bin Laden. The huge price on the head of the Islamic state’s highly elusive leader, Abu Bakr Al-Baghdadi, points to his near indispensability to the terrorist organisation. If as NSA, Menon had caused the successful neutralisation of Hafiz Sayeed, Pakistani terrorism against India would have been dealt a body blow. Menon missed an opportunity. His prime minister showed a complete absence of political will. You cannot claim credit for tough thoughts and zero action.