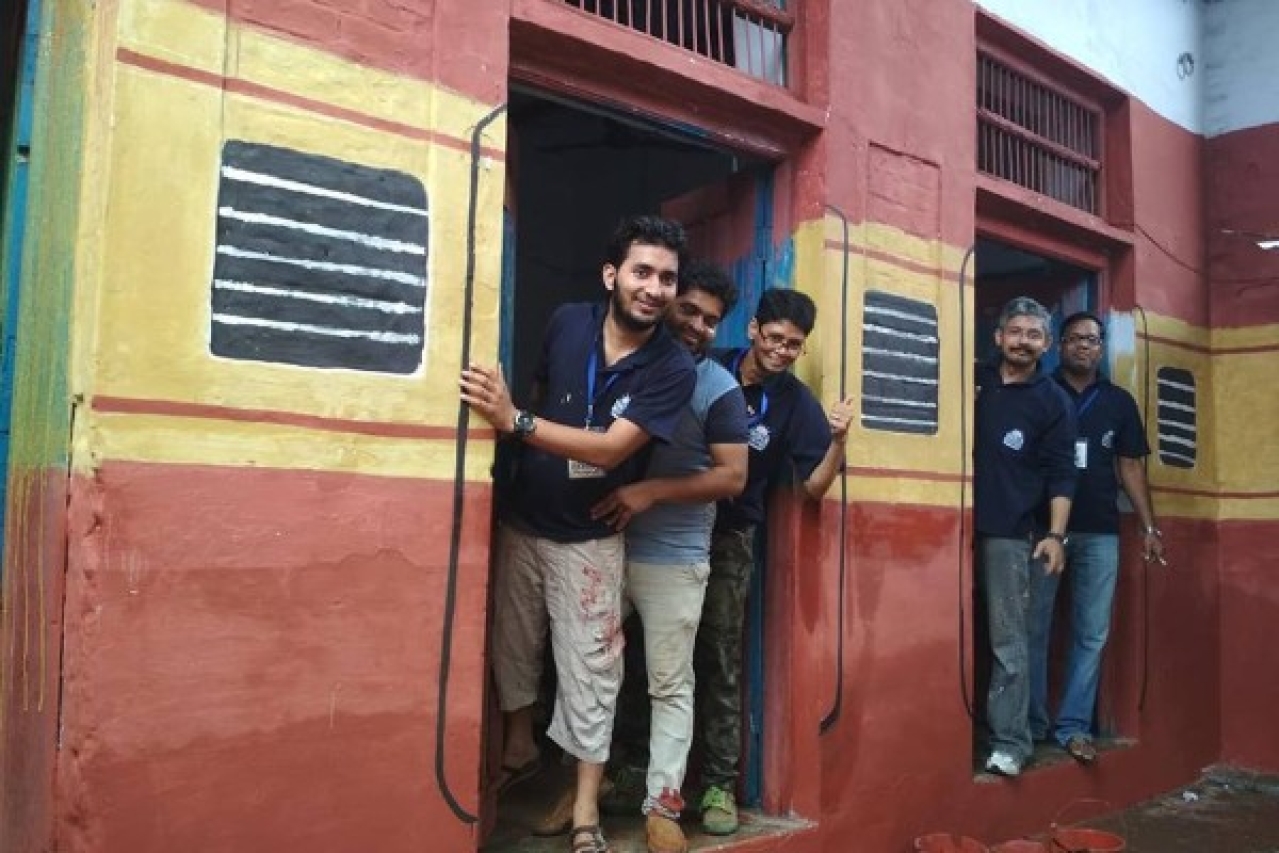 At 7 in the morning, when a lot of us are still catching our Sunday morning sleep, a group of about 50 people has congregated at Sultanganj crossing on National Highway 19 (NH 19) in Agra. The crowd is made up of men and women, young, middle-aged, and in the teens. Adding energy to the group are eight to nine kids, who are accompanying their parents. Dressed in dark blue T-shirts, the volunteers of “India Rising” are quickly on the job. Paint buckets and brushes are fetched enthusiastically from an old ramshackle Maruti 800––the group’s only asset, which was donated to it.

For a city that draws the contempt of visitors for its dirt and filth, despite its significance as the tourist capital of the country, Agra’s crusade for cleanliness is demonstrated well by India Rising. The group’s enthusiasm has changed the face of several prominent landmarks in the city.

Every Sunday, volunteers gather at a spot. Today, it is the turn of a newly constructed flyover on NH 19. While the group’s elders are moved by a desire to see their city clean, for kids it is just a fun thing to do. Nine-year-old Sachi, who loves painting, finds the lure of a bigger canvas even more exciting. While it was her father Ankit Garg who had introduced her to India Rising, it is Sachi who now forces him to get up early on Sunday mornings and join the India Rising team.

While members do their work, I initiate a casual conversation. Naveen Nohbar, who teaches at a coaching institute, is hurt by Tourism Minister K J Alphons’ week-old remark about Agra being a slum. He is determined to prove the minister wrong. Tax advocate Nitin Johari is more prudent. As someone who has been the mainstay of the four-year-old organisation, he finds the charge somewhat justified. Johari laments that both neglect of municipal authorities and apathy of citizens are responsible for the current mess. Amit Gupta, a software developer by profession, is positive that Agra will become as clean as the best of Indian cities very soon. The zeal of the group’s members is remarkable. 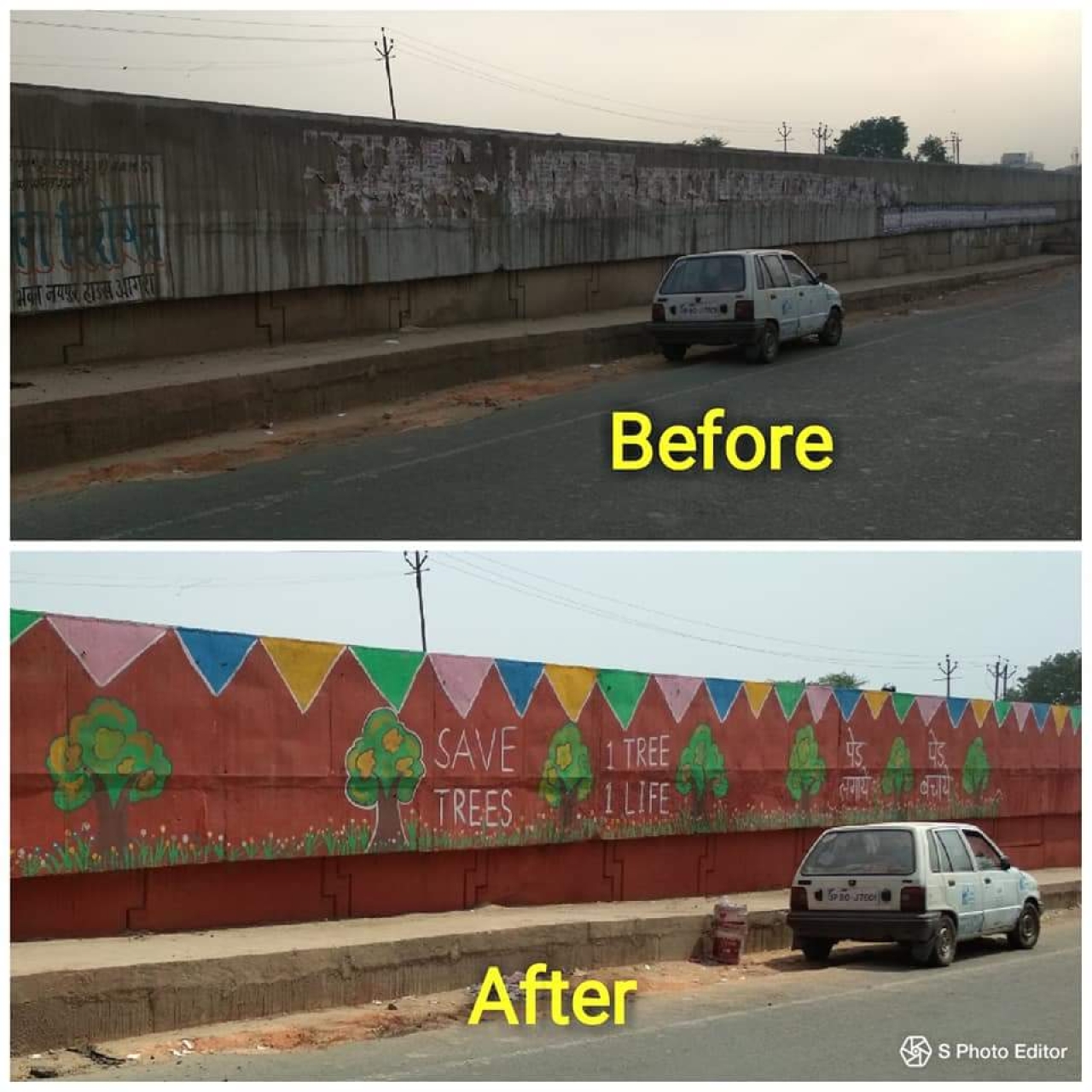 The president of India Rising, Sandeep Agrawal, is a man on a mission. He always carries a scrubber, wiper, duster, soap wash, and assorted cleaning equipment in his vehicle. He chases down and confronts people who put up unauthorised posters on public walls and starts removing these posters wherever and whenever he can. He argues and explains the merits of Swachh Bharat to the errant locals. Agrawal echoes the sentiments of the group when he says Prime Minister Narendra Modi’s message of Swachh Bharat has not only lifted awareness about cleanliness and hygiene but also inspired citizens to take up the cause. Not someone who will waste an opportunity, Agrawal made it a point to spread the word by putting up swacchata (cleanliness) messages even at his daughter’s wedding. 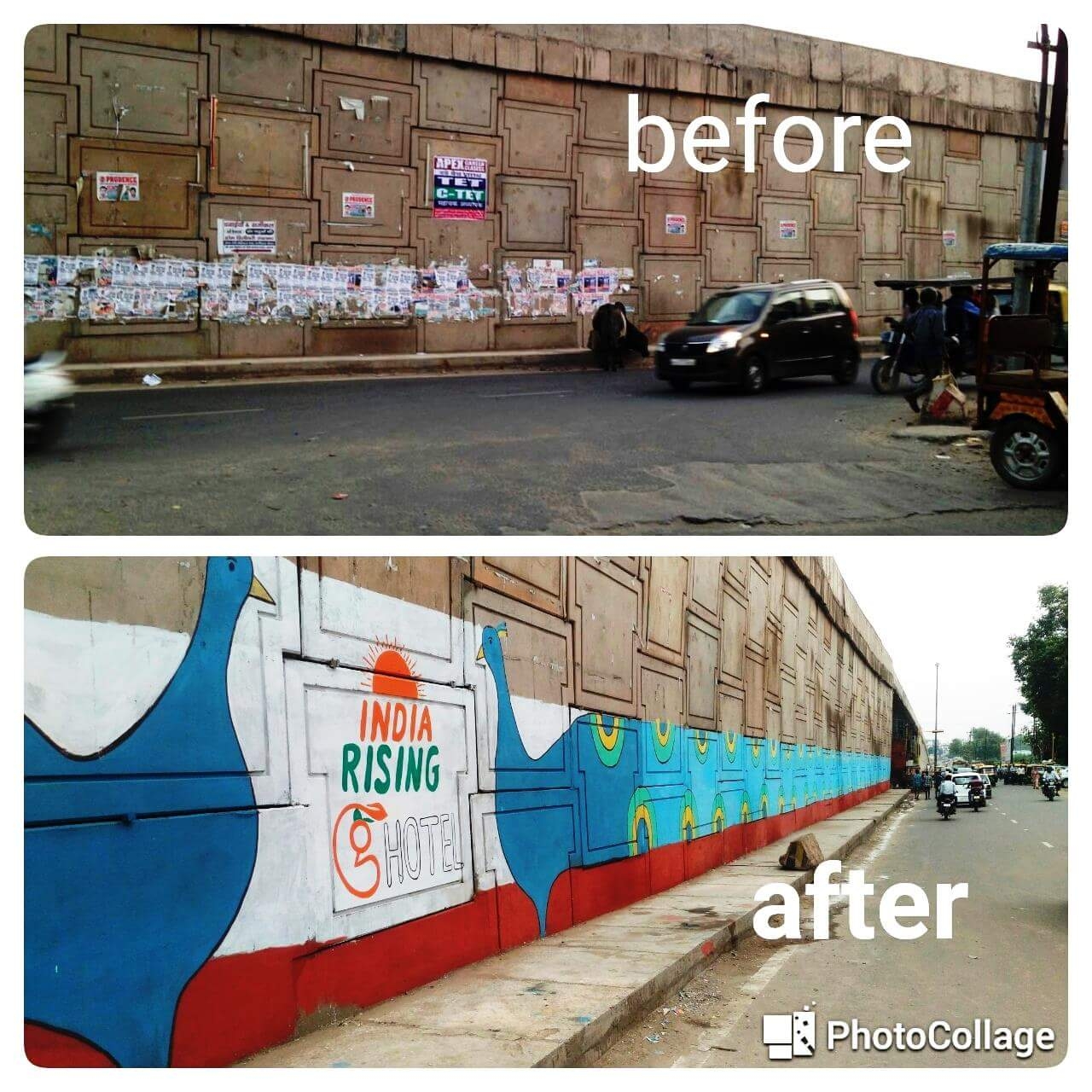 India Rising, started by four volunteers in March 2014, has grown to 70-odd members now. From the day of its inception, the group has had an unbroken cleanliness drive, with no Sunday escaping its schedule. Neither harsh weather nor a festival has hindered the drive for even one week. In its 236 drives so far, the group has covered 103 spots in the city, returning many a time to spots that have lapsed into defilement. The zeal of the members is infectious and attracts onlookers and passersby, who then join in their efforts. Their work has won them praise and felicitations from various civil and government bodies. Municipal authorities are also quick in responding to their requests. Amitabh Gupta, a volunteer with an unbroken record of service from day one, believes Swachh Bharat is achievable only when the mission goes beyond photo ops.

After two and a half hours and a hundred-metre-long wall, it is time to call it a day. Members dig into bedais (kachoris), the traditional city breakfast that is passed off playfully as prasad after their shramadan (voluntary labour). Satisfied with the day’s efforts, and with their faces beaming with pride, these Swacchata warriors begin to leave the spot, waiting eagerly for the next Sunday to arrive. 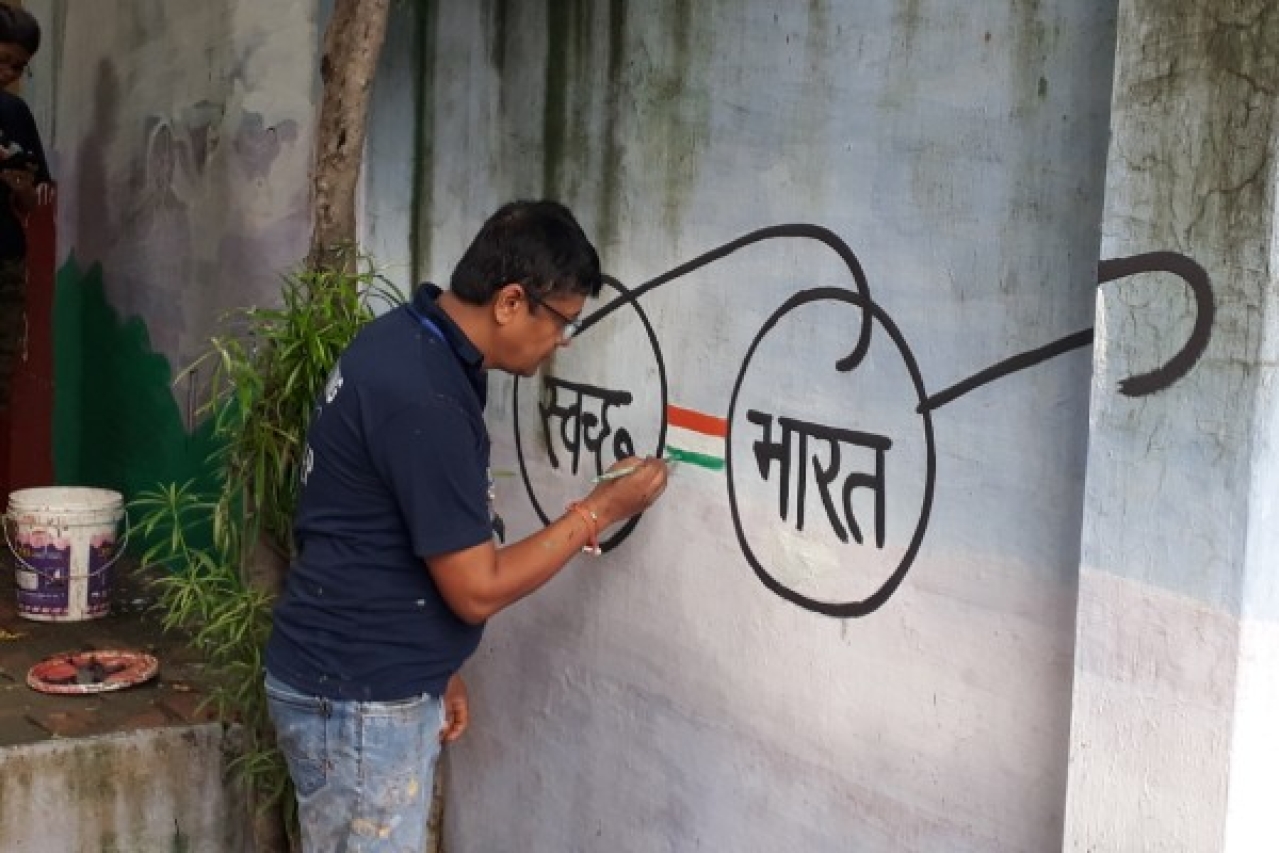 While sceptics keep undermining Swachh Bharat and municipal authorities still leave a lot to be desired, organisations like India Rising prove that Clean India, thanks to Prime Minister Modi, is now a mass movement.

Get Swarajya in your inbox everyday. Subscribe here.
Tags:
721 Shares