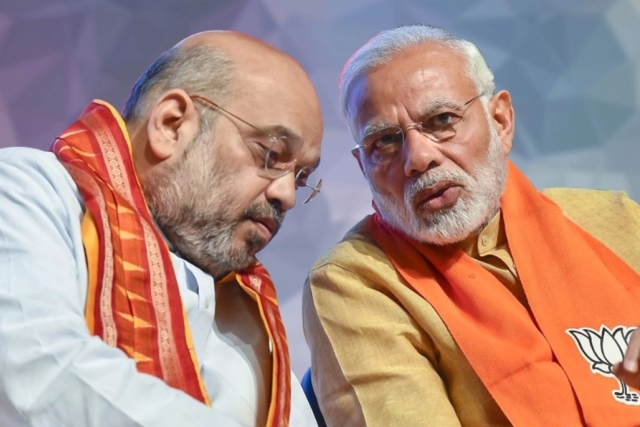 The embarrassing setback for the BJP in the bypolls to three Assembly seats in Bengal should serve as an immediate wake-up call for the party in the state.

There are a number of things that the party needs to do if it wants to unseat the Trinamool from power in Bengal in the elections due in just about 18 months from now.

The main reason behind the BJP’s poor show in the bypolls is its utter failure to counter the fears whipped up by Mamata Banerjee over the National Register of Citizens (NRC).

The Trinamool chief was successful in convincing the electorate, including Hindus, that the NRC updation exercise that the BJP wants, would lead to lakhs being declared foreigners.

Banerjee pointed to the NRC final list in Assam from which the names of nearly 12 lakh Bengali Hindus and indigenous people of the state were left out to buttress her narrative.

The BJP failed miserably to counter this narrative and allay the fears of the people.

The BJP failed to convince Hindus that the proposed Citizenship Amendment Bill (CAB) would take care of them.

That is why a large section of Hindus, including those who fled persecution from East Pakistan (and then Bangladesh), voted for the Trinamool.

The BJP, thus, needs to develop effective and swift communication strategies that will not be defensive, but offensive in nature.

Unfortunately, many in the party lack good communication skills and do not know how to handle the media, which is, by and large, quite hostile to the party.

Instead of aggressively countering the false fears raised by the Trinamool over the NRC, BJP leaders often indulged in making unnecessary statements that invited ridicule and showed the party in a poor light, especially among the urban and semi-urban and educated voters.

BJP state chief’s “gold is found in cow’s milk” comment is a case in point.

A big mistake that the BJP made was to elbow Mukul Roy out of election management and campaign this time. Roy played a significant role in the Lok Sabha polls earlier this year, and is rightly credited with the spectacular wins by the party in 18 seats in Bengal.

But ego battles and games of one-upmanship within the state unit resulted in Roy being sidelined during the campaign and in election management.

Roy has a strong connect at the ground level and can motivate workers in an effective manner.

Most other BJP leaders in the state lack these skills that become crucial on the day of polling.

The BJP central leadership has to intervene now and stop the infighting within the party in Bengal.

A stern message that the party needs to function as one needs to be sent to the warring factions and leaders.

Mamata Banerjee has been quite successful in branding her party as one that stands up for Bengalis and in projecting the BJP as a party of ‘outsiders’ with an ‘alien’ ideology.

This needs to be aggressively countered in many ways.

One, is to keep the BJP’s non-Bengali minders (of the state unit) from other states away from public view.

These BJP leaders from other states have important roles to play, but should be asked to stay behind the curtains.

Secondly, the BJP needs to launch a high-voltage campaign to make people, especially Bengali Hindus, aware that Bengal cradled Hindutva and the Hindu Mahasabha was founded by Shyama Prosad Mookerjee in Bengal.

Thirdly, the BJP needs to bring some ‘bhadralok’ faces — genteel, erudite, educated and accomplished people with good oratorical skills — to the centerstage and highlight them.

The challenge for the BJP is to get the support of the crucial Bengali middle-class, urban voters.

To get the votes of this section, the BJP needs to portray itself as starkly different from the rabble-rousing, rough and aggressive street-fighter that Mamata Banerjee and most of her colleagues have successfully moulded themselves as.

It is, thus, high time the BJP brings in some fresh ‘bhadralok’ faces to win over the urban and educated middle classes.

Lastly, the BJP needs to launch an aggressive campaign highlighting corruption within the Trinamool’s top leadership and poor governance by Mamata Banerjee.

The economic mess that Bengal is in hardly gets mentioned by BJP leaders, who also fail to effectively highlight that funds for projects that Mamata Banerjee takes credit for comes from the Union government.

The widespread public perception about the CBI, ED and central investigative agencies going deliberately slow on Saradha, Narada and other scams involving Trinamool leaders is not helping the BJP either.

The general view is that the BJP top leadership is not serious in pursuing cases against the Trinamool, and has a secret understanding with Mamata Banerjee.

This needs to be addressed and countered urgently.

The time to act for the BJP is now. With a little over 1.5 years left for the Assembly polls, any delay in taking corrective action and getting its act together could scupper the BJP’s chances of capturing power in Bengal in the summer of 2021.