This MP’s Suggestion On Curbing Political Violence In Bengal Might Just Work; It Should Be Acted Upon 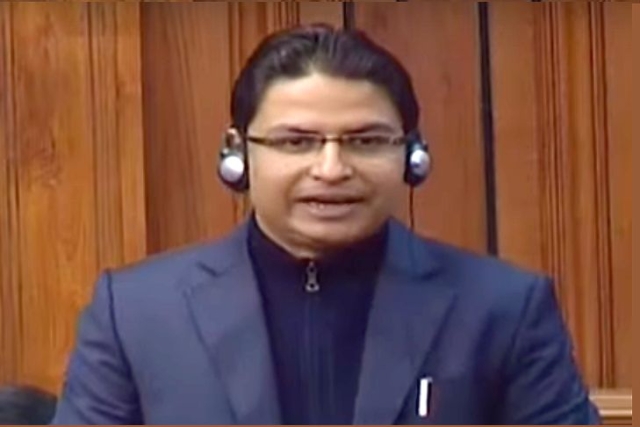 Darjeeling Lok Sabha MP Raju Bista highlighted the atmosphere of fear and intimidation prevailing in Bengal in the course of a short address in the lower house on Tuesday (3 December).

Bista, who has been speaking consistently about political violence in Bengal, appealed to Lok Sabha Speaker Om Birla to constitute a parliamentary committee to probe the political violence and police atrocities on opposition cadres and supporters in Bengal.

Bista’s plea needs to be accepted as this seems to be the only way to bring the prevalent culture of violence perpetrated by the ruling party on opposition members to the national limelight.

The parliamentary committee, as Bista rightly said, should also probe the atrocities being committed by the state police on opposition members and supporters.

Bengal has been experiencing political violence for decades and, according to the National Crime Records Bureau (NCRB), features top in the list of states where opposition members face threats, intimidation and violence.

The culture of using intimidation and violence as a political tool to subdue opposition was initiated by the Congress during the chief ministership of Siddharth Shankar Ray in the early 1970s.

The Left, after it came to power in 1977, continued with this policy and during the 34 years of its misrule, political violence only intensified.

Though the Trinamool came to power in 2011 with the promise of concentrating on change and not revenge (‘badla noi badal chai’ was the slogan), it continued with the shameful legacy.

In the first few years of its rule, the Trinamool focused on decimating the Left and the Congress through threats and violence. Thousands of Left activists were silenced into submission and the recalcitrant ones were attacked, injured, maimed or killed.

Since 2014, when the Bharatiya Janata Party (BJP) emerged as the principal opposition to the Trinamool, ruling party cadres and musclemen have been targeting the saffron party’s activists and supporters.

Since June 2014, 150 BJP activists and supporters have been killed and over a thousand injured, some of them even maimed for life, in attacks by Trinamool activists and goons.

Families of an estimated 2000 BJP activists have been rendered homeless and their properties looted.

These blatant atrocities on BJP activists have only intensified in recent months. And despite strong protests by state BJP leaders, including demonstrations and hartals, the attacks have continued.

The only way out now is to shame the Trinamool at the national level into stopping the attacks on opposition activists. And that can happen if a parliamentary committee constituted by the Lok Sabha Speaker probes the violence and atrocities committed by Trinamool functionaries and the state police.

The Trinamool government in Bengal and the party’s MPs in Parliament are, of course, going to vehemently oppose the constitution of such a committee on the grounds that law and order is a state subject.

But that should not stop the Lok Sabha Speaker from going ahead. There are precedents; parliamentary committees have probed matters within states’ domains in the past.

A thorough investigation by a parliamentary committee into political violence in Bengal and the role of the state police will, no doubt, severely indict the Trinamool and the state government.

This indictment will come as a national shame for the Trinamool and demolish the high moral ground it frequently claims on tolerance and governance. It will serve as a big blow to the party and its top leadership.

Only then will the Trinamool stop its murderous attacks on the BJP, its use of the state machinery to subvert democracy and throttle dissent and its avowed policy of silencing opposition.

There is, however, an outside chance that the Trinamool will not mend its ways. And in that event, intervention by the union government ought to be the final resort.

Such intervention can be in the form of repeated advisories by the union Ministry of Home Affairs (MHA) on threats, intimidation and attacks on opposition activists by Trinamool. The Governor can be asked to submit regular reports on this subject.

At the political level, BJP MPs, even those from other states, need to consistently and vociferously highlight the violence that BJP activists face in Bengal. They should move resolutions condemning this violence.

The shameful culture of political violence in Bengal will end only if its perpetrators are shamed at the national level and held accountable for their actions.