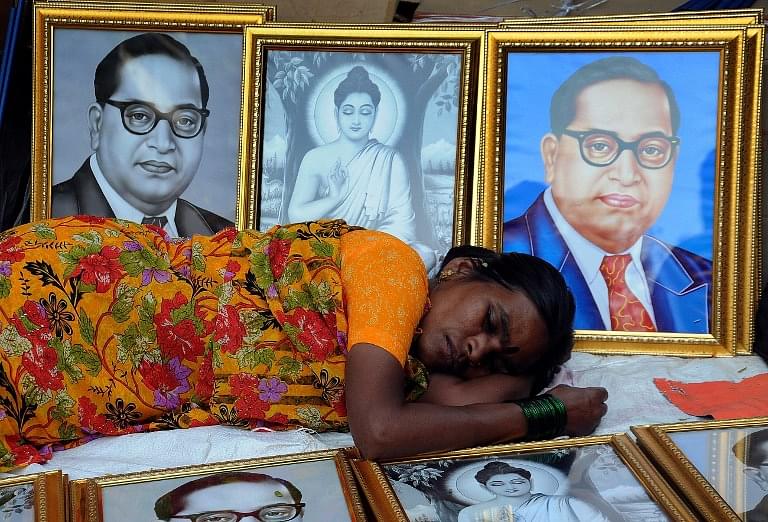 It is cynical, competitive politics which is making India’s affirmative action resemble like a prized trophy. And, now Patidars have followed this national trend.

The recent quota movement by the Patidars, Gujarat’s most powerful community, should serve as a warning signal to political leadership who have pursued quota based affirmative action in the country. Half a million people, mostly young belonging to the Patel community, caught the attention of entire nation when they demanded that they be included as “backward” to avail the benefits of reservation.

Ironically, in the 1980s these Patels had fought against the reservation policy, and this had led to the collapse of the Madhavsinh Solanki government that was basking in the unprecedented success of electoral re-engineering called KHAM (Kshatriya, Harijan, Adivasi and Muslim).

Mr. Solanki’s decision to introduce quota for other backward classes (OBCs) brought millions of Patidars to streets causing unprecedented losses to properties and life. Mr. Solanki was forced to resign later, though he had come to power with a record 149 seats.

Patidars are not alone in this quota battle seeking to be designated as “backward”. There are equally powerful groups such as Jats (even Rajputs and Brahmins in Uttar Pradesh) that have been demanding such affirmative privileges for many years. In fact, protests of such nature are no longer the monopoly of caste groups belonging to the majority community alone.

Minority constituencies are also vying for their shares from the shrinking quota pie. One of the major goals of All India Majlis-e-Ittehhadul Muslimeen (AIMIM), the fastest growing Muslim political party, is to secure quota for Muslims.

Why more and more social groups are demanding “backward” status? While there may be some valid reasons in their demands (as each social group also includes deprived population), mostly it is because of the politics surrounding the implementation of reservation policy. And this is fairly known to everyone.

The politics of reservation, be it the process in which a particular group is identified for reservation, laying out criteria, or setting up committees and commissions and the process leading to the acceptance of the recommendations and so on. It is vote bank considerations and opportunistic politics that often determine which group should get preference over whom, particularly when it comes to the case of the Other Backward Classes (OBCs).

Examples are so many where in parties in power have included particular castes in the beneficiary list largely because of its numerical strength and clout, rather than following any sensible criteria. One saw how Gujjars muscled into this privileged club in Rajasthan.

Similarly, the dominant intermediary caste groups like Vokkaligas and Vanniyars have forced themselves into the Karnataka and Tamil Nadu OBC lists respectively. Political clout of Jats helped them earn the OBC tag in 2014. Such instances of entry, flouting all established norms, may be found in most states’ OBC list. In short, it is cynical, competitive politics which is making India’s affirmative action resemble like a prized trophy. And, now Patidars have followed this national trend.

Finding solution to a politically sensitive and highly complicated public policy that has created (as well as destroyed) many political careers is not going to be easy. Needless to say, vested political interests run deep into the existing affirmative action. Thus, solution, if at all, has to be in ‘de-politicising’ reservation policy. In this regard, a few suggestions would be worth exploring.

First, whether it is fixing up the eligibility criteria or identifying groups to be eligible for reservation, they must be carried out by independent commissions. Although we have instituted a plethora of commissions to deal with the interests of different social groups, none of them are independent in the true sense nor are bestowed with enough powers and authority to dispense their roles free from political interference. In fact, every member of the commission is a political appointee tuned to serve the interests of the ruling party. In fact, commissions have been formed and scraped at will.

Second, the state and society in India have gone through massive transformation in the last seven decades. Caste mobility is a reality. A number of caste groups that were known as ‘backward’ have passed the grade to be called as ‘forward’. Therefore, it is time now to evolve and design a more nuanced framework for analysing backwardness and discrimination, based on a citizen’s conditions rather than his stamp of a community.

Third, fortunately the review and reconsideration of criteria can be greatly aided by the minefield of data collected by the recently concluded Caste Census. Even considering the quality of survey is not up to mark and there are large scale jumbles in caste categories, the census data would still help ascertain the social, economic and education status of the other backward classes (OBCs). Not only would this help to determine who are all real OBCs and who are all “forward” enough to be eliminated from the list, it would also help in developing an exit plan for groups that have benefited sufficiently by reframing the existing creamy layer provision. More importantly, the findings of the caste census can greatly prevent political manipulation that goes on while determining the inclusion of any caste group in the reservation list and would possibly dissuade others from resorting to unfair methods.

More pertinent criteria such as income disparities, gender, regional variations and educational background need equal considerations, apart from one’s caste, in selecting beneficiaries for affirmative programmes. Such a framework would help in addressing the problems of poor and deprived from the minorities and forward classes, including Patidars.

In this context, it makes sense to look at the experiences of other countries in devising criteria for identifying beneficiaries to address the questions of social disparities and inequities. For instance, one can learn from the ‘diversity’ experiment being currently practiced in the US.

As an upshot of affirmative action policies introduced in the late 1960s, the diversity rationale was used by farms and universities to counter growing opposition to the race based preferential treatment. Diversity, the notion that we should embrace and celebrate people’s differences, takes into account host of indicators apart from ‘race’ while giving preferences to candidates in workforce and educational institutions. The principle bases on host of factors such as gender, age, geographical origin and class apart from ‘race’. This provision has been promoted and enforced by top Fortune 500 companies and elite universities in the US.

For the past six decades, all our energies and imaginations to redress injustice and inequity have been stuck on only reservation as an affirmative action strategy. In the era of globalisation and rapid private sector growth, quota-based reservation looks out of sync. Therefore, against the background of the recent Patidars movement, it would be appropriate to search for alternative options. What is needed is a more forward-looking affirmative action policy that can supplement the gaps of the existing reservation policy, and consider the concerns of groups who are genuinely deprived, no matter which caste, class or religion they belong to. So, the time is ripe to revisit our reservation policy.

This piece was first published in the Observer Research Foundation (ORF) on September 25, 2015 and has been republished here with permission. ORF is a preeminent think-tank based in New Delhi.