Trinamool Law-Makers Have A History Of Hooliganism, Need To Be Called Out And Punished 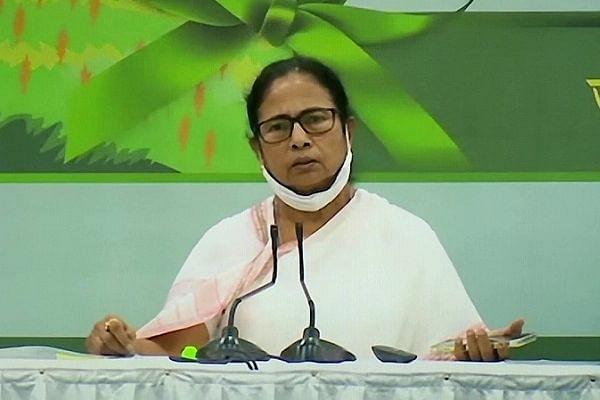 Trinamool Congress Rajya Sabha MP Shantanu Sen drew widespread condemnation on Thursday (22 July) when he snatched and shredded a paper being read out by Information Technology (IT) Minister Ashwini Vaishnaw on the floor of the Rajya Sabha. Sen then flung the papers at deputy chairman Harivansh Narayan Singh, triggering a bedlam in the house.

But that was not the first time that a Trinamool law-maker behaved atrociously on the floor of a legislative assembly. Trinamool MPs and MLAs have a long history, as Bharatiya Janata Party (BJP) national president J P Nadda rightly said in this tweet, of disrupting proceedings and indulging in hooliganism inside Parliament and in the Bengal Legislative Assembly as well.

Trinamool’s legislators and parliamentarians are only following in the footsteps of their supremo Mamata Banerjee who has never hesitated to display her mercurial behaviour on the floor of the Lok Sabha right from the time she first became an MP in 1984.

She was one of the primary members of Rajiv Gandhi’s ‘shouting brigade’ who would scream and make threatening gestures at opposition MPs criticising Gandhi or his government.

All through her successive tenures in the Lok Sabha till 2011, Mamata Banerjee has stormed the well of the House, shouted, restored to histrionics, torn papers and used aggressive language against political opponents multiple times.

She was never taken to task or even reprimanded for the ‘unparliamentary’ behaviour she displayed on innumerable occasions. That is what, perhaps, emboldened her to often hold the Lok Sabha hostage to her theatrics.

The highlight of Banerjee’s conduct (read this) in the house came on 4 August 2005 when she wanted to raise the issue of illegal migration of lakhs of Bangladeshis into Bengal. On being disallowed by the then deputy speaker Charanjit Singh Atwal, a fuming Banerjee stormed into the well of the house, shouted at Atwal and hurled a sheaf of papers at him.

[It is a different matter that she now denies the presence of these illegal migrants and is often charged with depending on them for votes.]

All MPs present in the Lok Sabha were stunned into silence and even though some members of the treasury benches (the United Progressive Alliance or UPA was in power then and Banerjee was part of the opposition National Democratic Alliance or NDA) raised objections, Banerjee was let off the hook without even a mild censure.

Since 2014 when the NDA came to power, Trinamool MPs have been behaving in an offensive, unparliamentary and often thuggish behaviour inside the house. As the BJP in Bengal has rightly pointed out, they (the Trinamool parliamentarians) have only emulated their party chief’s conduct.

Trinamool MPs have used abusive language, raised slogans, forced adjournments and held both the Lok Sabha and the Rajya Sabha to ransom on countless occasions. So much so that the Trinamool parliamentarians have gained notoriety as the most disruptive, unruly, and abusive bunch of MPs in the 16th and 17th Lok Sabhas.

Before coming to power in 2011, and even after it on occasions, Trinamool MLAs have done much worse inside the Bengal Legislative Assembly.

But that did not stop them from holding the assembly to ransom very often. The Communist Party of India (Marxist) or CPI(M)-led Left Front, despite its far superior numerical strength, often seemed helpless to stand up to the Trinamool legislators’ thuggishness inside the assembly.

Presiding officers, including the Speaker, also shied away from holding unruly and disruptive Trinamool legislators to task.

The most shameful conduct by Trinamool legislators was witnessed on 30 November 2006, when they went on a rampage inside the assembly. Angry over their party chief being prevented from going to Singur (where the anti-Tata Motors agitation had started), slogan-shouting Trinamool MLAs attacked Left Front legislators (seriously injuring a CPI-M MLA), assembly staff and even journalists.

They ransacked the assembly chamber, destroyed furniture, uprooted electronic equipment, broke tables, mirrors and electrical fittings and indulged in unprecedented 'desecration' of the house. What’s more, they did not even deem it fit to apologise for their act and, in fact, even sought to justify their conduct (watch here).

Even after coming to power in Bengal in 2011, Trinamool MLAs have frequently displayed such behaviour inside the house and shouted down opposition MLAs and gone aggressive over even mild criticism of the state government and their party chief.

But the flouting of norms, protocol and parliamentary practices and behaviour by Trinamool MPs, should no longer be tolerated. Because that will only encourage them to create more mayhem in Parliament.

The BJP, despite being in an overwhelming majority in Parliament, has displayed exemplary restraint bordering on defensive behaviour. The Trinamool only has 20 MPs (out of 543) in the Lok Sabha and 11 MPs (out of 245) in the Rajya Sabha. But they have often held both Houses of Parliament to ransom and have now started even physically confronting senior ministers and members of the treasury benches. Left unpunished, they will gain courage to do far worse and may even repeat their November 2006 hooliganism (in the Bengal Assembly) in Parliament.

That is why the BJP has to get aggressive and call out the Trinamool MPs’ unparliamentary behaviour. The Trinamool MP, Shantanu Sen has now been suspended for the rest of the session. But that is simply not enough. All those who indulged in boorish behaviour and acts should be censured and suspended from the Rajya Sabha for the rest of the session.

The BJP should not have any qualms about taking strong action against the offending Trinamool MPs. Left unpunished, they will surely do much worse. The time to stop them is now.

At the same time, footage of the many unparliamentary acts of Trinamool MPs should be collected, collated and publicised all over the country. It is high time the Trinamool, which cares little for democratic and parliamentary norms, is named, shamed and severely punished.