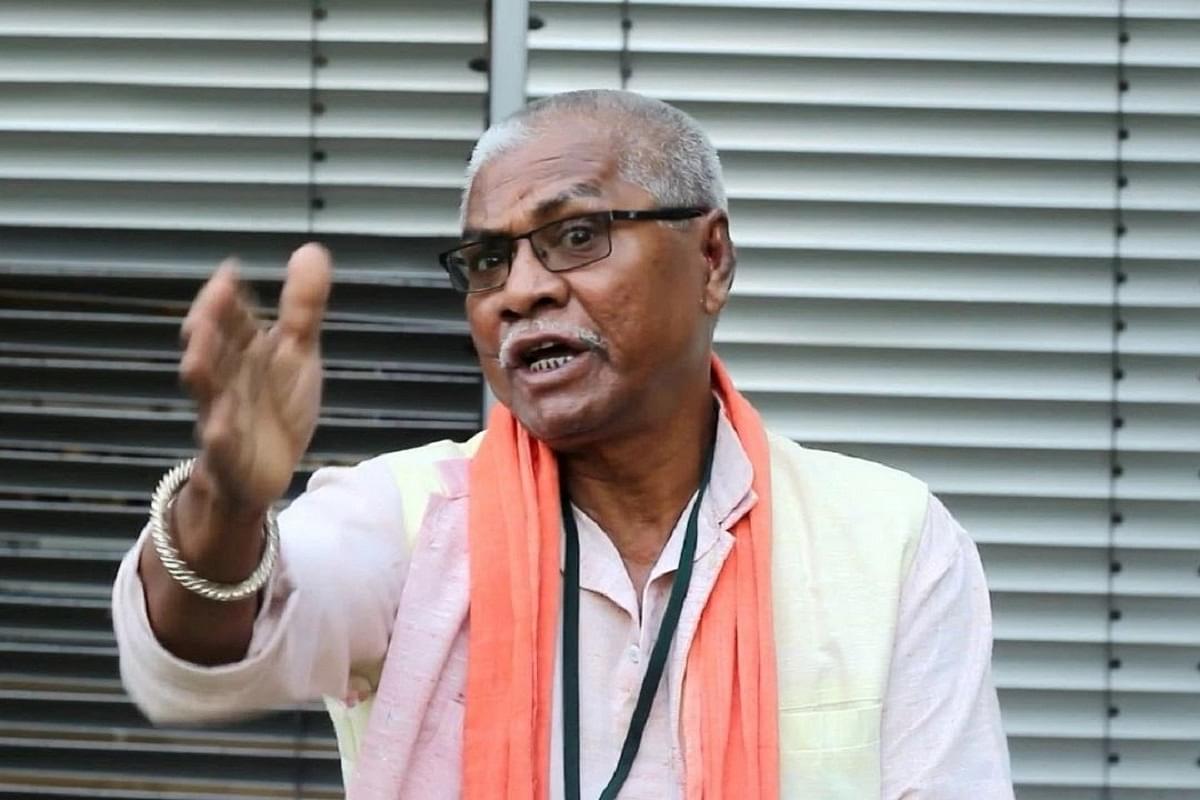 A speech by Trinamool legislator Manoranjan Byapari (watch this) where he railed against Biharis is but yet another example of the chauvinism that the ruling party stokes in Bengal.

While the hate speech by the so-called Dalit ‘activist’ — he said: ek Bihari sau bimari, which translates into ‘one Bihari equals a hundred diseases’ — qualifies as a punishable offence, what was shameful was that Byapari chose to deliver his diatribe at the vaunted Kolkata Book Fair.

The Trinamool leadership’s silence and failure to condemn Byapari’s hate speech, even after it went viral through a tweet by leader of opposition Suvendu Adhikari, was not surprising though. Stoking Bengali chauvinism in the name of promoting ‘Bengali pride’ has been a favourite political tactic of the Trinamool.

But it is not only the Trinamool that stands accused of encouraging Bengali chauvinism. Bengal’s communists, particularly the Communist Party of India (Marxist) or CPI(M), developed this as a political tool that aided its stranglehold on political power in the state for nearly three and half decades.

“The communists stoked Bengali chauvinism to instil a sense of distinct and superior identity among Bengalis. Through overt and covert means, the communists succeeded in making Bengalis not only take pride in their own identity and culture, but also look down with derision on other Indian communities. They quickly converted this into political capital by projecting themselves as the prime upholders and protectors of Bengalis,” sociologist Samiran Dey explained.

Dey said that instilling this chauvinism among Bengalis of Bengal kept the community from questioning the failures of the communists on many fronts.

“The communists were responsible for the flight of capital, and the resulting joblessness and economic ruination of Bengal. Their financial and administrative failures made lives miserable for the masses. But to divert people’s attention away from their failures on multiple fronts, the communists soaked chauvinism that smoothly supplemented the bogey of ‘step motherly treatment of Bengal by Delhi’ that they created,” said Dey.

All the blame for the miseries of Bengal and Bengalis were laid on Delhi’s doorsteps. The communists spread the propaganda that people of north India who held power at the Centre were envious of Bengalis for the latter’s intellectual and cultural achievements and, hence, were depriving the state of its dues. And this, apart from other nefarious tactics like rigging polls, helped the communists stay on in power in Bengal for 34 long years.

Apart from stoking chauvinism, the communists were successful in suppressing the aspiration levels of Bengalis in Bengal by propagating their political philosophy that advocated inanities like ‘simple living & high thinking’. As a result, Bengalis of Bengal were benumbed into considering themselves as superior beings with a disdain for materialism and wealth. And, thus, the communists got away with misgovernance, poor infrastructure, high unemployment and a sorry state of the exchequer.

The Trinamool, which replaced the communists in 2011, has followed the communist textbook and has even perfected some of the tactics of its predecessor. And one of them has been stoking Bengali chauvinism.

Thus, Byapari’s rants were not isolated utterances. Trinamool chief Mamata Banerjee herself stands accused of ranting against people from other states and casting them as ‘outsiders’. She has repeatedly labelled people from Uttar Pradesh, Bihar, Madhya Pradesh, Haryana and Rajasthan, among other states, as ‘outsiders’ who want to defame Bengal and defile the state’s culture and traditions.

Banerjee’s rants against non-Bengalis peaked during the campaign for the 2021 assembly elections when she successfully cast the BJP as a party of ‘outsiders’ who knew nothing of Bengal and its culture and traditions. It’s another matter that the BJP, through its many acts of omission and commission, made the task easier for Banerjee and a large section of Bengalis did buy the Trinamool’s propaganda about the saffron party.

That Byapari’s hate speech against Biharis found takers among ‘intellectual’ Bengalis was evident from the applause he received at the end of his outrageous outburst. Bengalis visit the book fair out of intellectual pretensions — food sells much more than books at that annual jamboree — and the fact that those Bengalis loudly cheered Byapari reveals a lot about the community.

Like the communists, Banerjee has successfully cast herself as the protector and promoter of Bangaliana — Bengali ‘asmita’, culture, traditions and interests — and her prime political challenger (the BJP) as a party of goons from northern and western India who are out to destroy Bengal’s culture.

But outside Bengal, Banerjee dons the ‘nationalist’ garb and projects herself as a staunch patriotic Indian. In what can only be termed as hypocrisy, the Trinamool rebuts all political opponents who try to cast the party as one of ‘outsiders’ when it tries to foray into other states. It even bristles at being labelled the ‘Bengal-based’ provincial party that it actually is and asserts that it has the right to expand its political footprints beyond Bengal’s boundaries.

That it denies the same right to the BJP and opposes it on the ground that it is a party of ‘outsiders’ who have no business in Bengal reeks of duplicity. What aids and normalises that duplicity is the chauvinism that has become part of the DNA of many Bengalis of Bengal. Byapari, the Trinamool MLA, is just one of them.