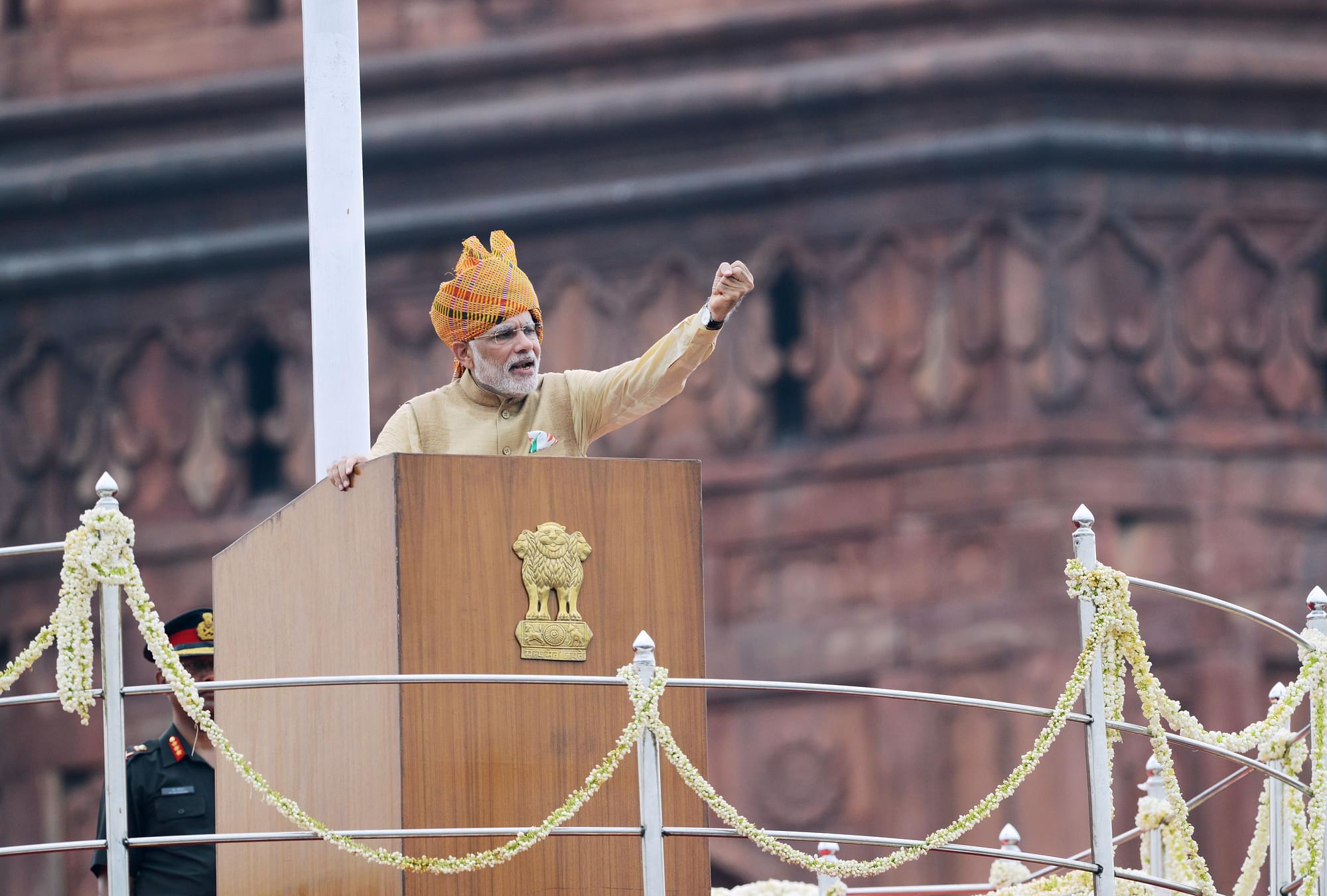 The Narendra Modi led NDA government in New Delhi marks the half-way milestone in its five year term this week. The Modi government hits the half way mark at a time when India is still reeling from the shock and awe effect of demonetization. It would be in order to look back at the political roller-coaster of expectations over the past two and half years from the Modi government to put the current moment in perspective.

The historic mandate of the 2014 general elections that saw for the first time in Indian democracy a non-Congress single party attaining a simple majority in the Lok Sabha. The mood back in 2014 when Narendra Modi took office as Prime Minister was one of sky high expectations meeting the realities of Indian democracy. Writing back then in a column, I had remarked how the bar on expectations for Mr. Modi was set so high that he had to play out his five year term like a Test match while a restless citizenry expected T-20 pace of performance:

The scale and complexity of India leaves Narendra Modi no choice but to play out his governance agenda Test Cricket style for the next five years hoping for a long innings for his flagship ideas delivered through stable, patient partnerships with key constituencies. But he will also have no choice but to simultaneously manage expectations T-20 style every single day for this young nation is impatient for change.

The game of raising the bar on expectations played out even more harshly through much of 2015 with the eighteen month milestone seeing incessant outrage in Op-Ed columns and TV studios on issue after issue with the Modi government seemingly on the receiving end. Writing back then in one more column on the first year and half of the Modi government in November of 2015 I had wondered aloud if Narendra Modi could overwhelm the “million mutinies” against his government by acting on behalf of a “billion aspirations”. Expanding further on this theme of a “million mutinies” versus a “billion aspirations” in the same column I had pointed out how India was a unique experiment in democracy given the scale and complexity of its socio-economic diversity.

Writing further I had argued that

This is the first time the world has had a taste of a Billion Indians led by a Strong Indian Prime Minister at the helm of the world’s largest democracy with a stable majority in Parliament. The idea of Modi’s India of a Billion has several unsettled from the entrenched elite in Delhi to the power brokers across the globe. The Million Mutinies against Modi are thus a pre-emptive strike to stifle the rise of a Billion Aspirations in Modi’s India.

And had posed the question

What is Narendra Modi to do in the face of these Million Mutinies?

India’s destiny cannot be allowed to be hijacked by an elite that finds itself cut out and marginalised after decades of patronage by the Nehruvian State. It is high time the silent Indian Majority speaks up and sends a message to the vocal elite Minority that Modi’s India is moving on, with you or without you and in spite of you.

A year on in November of 2016 it would seem that is exactly what Narendra Modi has done with demonetization. From those Op-Ed pundits who asked where are the “big bang reforms” to the TV studio talking heads who were worked up about “dissent”, Narendra Modi’s shock and awe announcement of demonetization was essentially him acting on the aspirations of a billion to overwhelm and overcome the million mutinies against his government on a litany of issues. Little wonder that the popular sentiment in favour of demonetization continues to be firmly strong with the Prime Minister’s personal popularity remaining undiminished despite the continuing hiccups in implementation and the uneven pace of recovery from demonetization.

While it may take us a while to fully fathom the scope and depth of the impact of demonetization, one thing is clear, Narendra Modi’s “shock and awe” pursuit of economic nationalism has taken the wind off the sails of the political opposition while it has an anxious Lutyens elite in a panic attack in what else may come next. Commentator Pratap Bhanu Mehta in a recent column in the Indian Express wondered if this was going to be a “state of permanent revolution”. He may very well be right for if it came down to making a political choice between the “million mutinies” aimed at derailing his term in office and the “billion aspirations”, Narendra Modi has left us in no doubt which way his economic nationalism would lean.

Perhaps words that best captured what tumult lay ahead came in a Facebook post by author and journalist Rashmi Bansal on comments she heard at a wedding she had recently attended: