Uttar Pradesh After One Year Of Adityanath Government 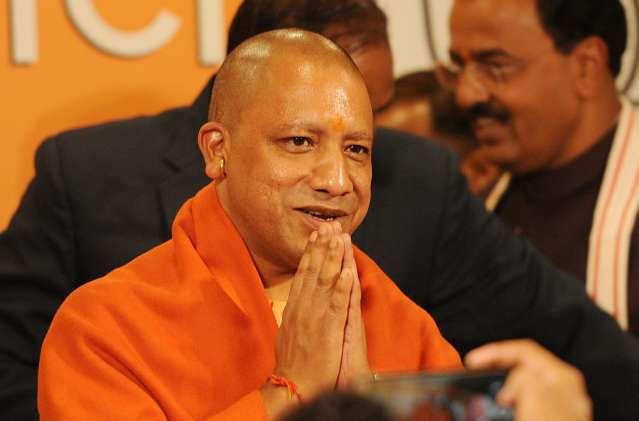 In the last week of February, I had the occasion to traverse, what could justifiably be called, the length and breadth of Uttar Pradesh. Starting from Agra and crisscrossing the state through Ghaziabad and Meerut in the West, Pilibhit and Lakhimpur Kheri in North to Ballia and Gorakhpur in the East, this week long, 2,400-kilometre journey covering 25 of the 75 districts provided a good opportunity to sense the situation on ground after one year of Yogi Adityanath government in the state.

A surge in the number of morning walkers not only in cities but in small towns - some of them notorious for crime - even on highways away from city and town limits, affirmed the improved law and condition in the state. This innocuous looking fact might appear trivial to a person sitting in Mumbai or Bangalore but is hugely significant to someone who has lived his life in Firozabad or Meerut. The brouhaha over encounters in media and political circles notwithstanding, Uttar Pradesh has never felt so safe in the last three decades.

According to UP police, 44 criminals have been killed in 1,322 encounters between 20 March 2017 and 5 March 2018. Despite the uproar by leaders and activists, both Chief Minister Adityanath and Director General of Police O P Singh have made it clear that encounters of criminals were going to continue. An important fact which has been suppressed by opposition and human rights activists is that as per legal stipulation, all encounters are subjected to police and judicial probes and that not one encounter has been found to be staged in these probes. Another fact which is ignored is the number of casualties on police side. Besides four policemen losing their lives, 283 men in uniform have been injured in these encounters.

The second marked difference during this journey was visible at examination centres. Earlier, during exam times one could see large crowds of family and friends of the candidates surrounding the centres and trying to smuggle copying material through windows. This year, none barring the candidates taking examinations could be seen in the 400-metre periphery of centres.

The whole process for state board examinations has been revamped. Papers were being received just an hour earlier at centres. Schools which had inordinately high enrolment of students in Class X and Class XII were deemed suspicious and taken off the list of centres. The number of such schools taken off the examination centre list is a whopping 1,934. In another jolt to education mafia in the state, centres were alloted by an online draw. Exams were conducted under CCTV surveillance and students were frisked at the entrance of the centres. A special task force consisting of policemen had been constituted to check copying and malpractice in exams. Elaborate preparations had been made by government for "copying free" exams in the month of September itself.

The third significant sight across the state is that of road laying and road widening work. As against the single minded focus on Agra-Lucknow expressway in Akhilesh Yadav’s time, road projects in places as distant as Pilibhit, Lakhimpur Kheri, Basti, Sant Kabir Nagar or Chandauli are not only getting attention but seeing speedy progress. No doubt, a number of National Highway projects are also helping the road infrastructure in the state. Work on two new expressways - Poorvanchal Expressway from Lucknow to Ballia and Bundelkhand Expressway connecting Agra to Jhansi is being speeded up. Fifteen new airports are being planned to improve air connectivity.

Varanasi, the constituency represented by Prime Minister Narendra Modi has several developmental projects in progress. An elevated road connecting Babatpur to city; several flyovers; a ring road; water connections under Ramana STP and Amrita plans; a first of its kind integrated transport hub; metro train and an ambitious project to provide cooking gas through pipeline promise to change the face of the city. Cab driver Mohammad Irshad looked visibly excited. He assured us that Varanasi infrastructure would compete with best of the cities very soon. Adityanath is personally supervising the development projects in Varanasi. Instructions have been given to ensure disbursement of compensation money for lands acquired for National Highways Authority of India (NHAI) road projects connecting Varanasi to nearby eight districts within 15 days of acquisition.

At Belthara Road, Shiela Mishra said that she had never experienced five hours of continuous power supply before Adityanath government came to power. The power situation has vastly improved in this remote corner of UP in the last six months. The fact is vouched for by almost everyone throughout the state. Naveen Gupta at Palia Kalan narrated the government efforts to resuscitate Gomati river at its origin Gomad Sarovar Madhotanda. Adityanath himself is going to inaugurate the project in Pilibhit as part of the larger efforts to save several dying rivers in the state.

The rewards of the government's efforts in improving the law and order and developing infrastructure were observed during the two day Uttar Pradesh Investor's Summit on 21 and 22 February. A resounding success, the summit in Lucknow saw MOUs worth Rs 4.26 lakh crore signed on the first day itself. Some 5,000 businessmen from all over the globe including top honchos of Indian industry were present at the summit. Besides the single window clearance announced for the investors, Adityanath expounded the cluster driven industrial policy of UP government. Prime Minister Modi, who was present at the occasion, pitched in with an offer for a defence industry corridor in the state.

The seriousness with which the summit was approached was seen by the fact that besides TV advertisements, road shows were organised in Delhi, Bangalore, Ahmedabad, Hyderabad, Kolkata and Mumbai to promote the meet. Industry Minister Satish Mahana addressed a gathering of businessmen in Mumbai assuring them of safety and honour. Speaking to the investors, Adityanath in his inimitable style quipped, "I will take care of law and order in the state, you are requested to start industries and provide jobs.”

For a state which was lagging behind even Bihar on most developmental parameters, to turnaround UP is no easy task. But after one year in office, Yogi Adityanath has not only brought governance back on track, he is showing unmistakable signs of an administrator who knows his course and is firmly in command.