Uttar Pradesh: Imam Admits To Killing Wife Over Girl Child In Mosque; Her Family Pressured To Stay Mum For Reputation Of ‘Qaum’ 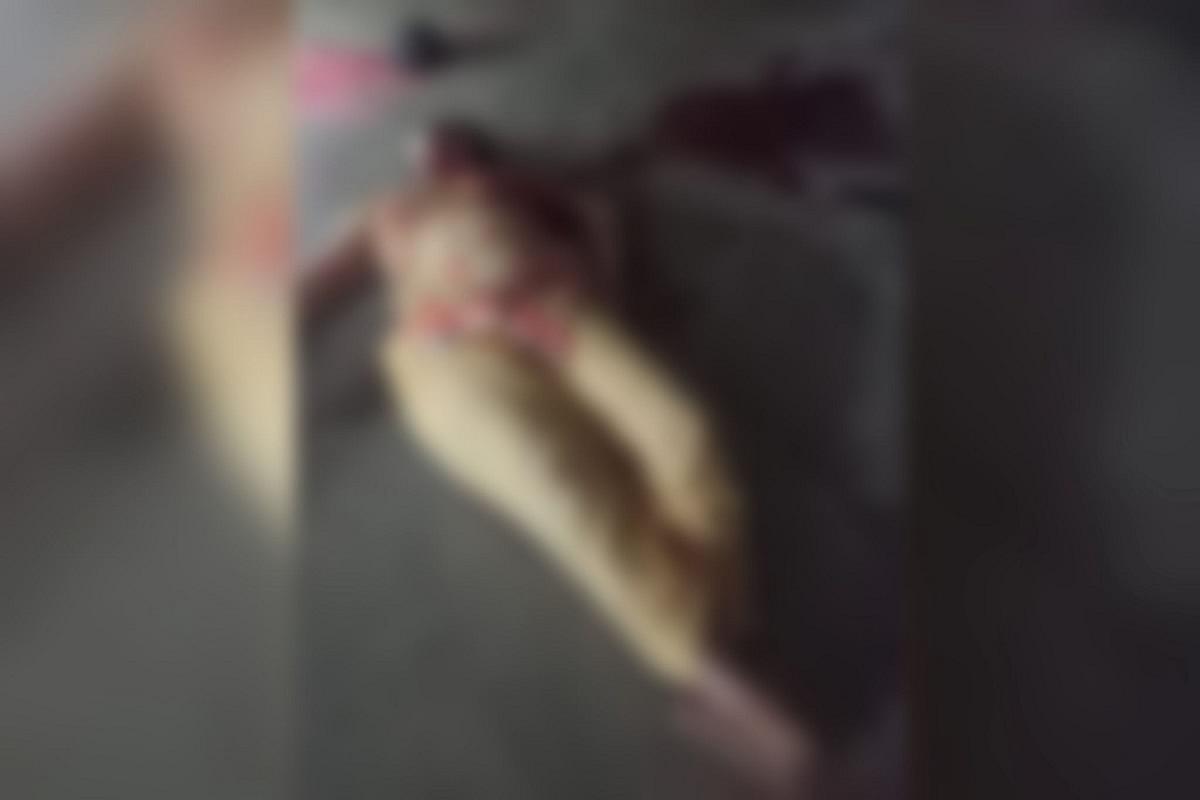 Police in Uttar Pradesh's Saharanpur district recently unearthed the corpse of an eight-month pregnant woman from a local mosque more than 10 days after she went missing.

After the recovery, the police arrested her husband, who is an imam at the same place of worship, for killing her.

The imam, Mohammed Usman, was into occult practices and had "sensed" that the child in his wife’s womb was a girl and not a boy as he wanted, the police say.

Hina’s family told Swarajya that they were pressured by the community members to keep quiet about the incident because it involved the mosque and would cause embarrassment to the 'qaum'. However, they disregarded the appeals and filed a police case after a week of Hina’s killing.

Two days after their complaint, police dug out Hina’s body and arrested Usman.

In the first information report (number 186/2022) filed at the Qutubsher Police Station on 20 May, complainant Khursheeda Begum, a resident of 62 Futa Road in Saharanpur, told the police that her daughter Hina was married to Mohammed Usman less than a year ago.

Usman hails from Bandarjud village that falls in Majahidpur Satiwala area of Uttarakhand. He had divorced his first wife. For a living, he did 'imamat' at the 'Matlub Masjid' at 62 Futa Road In Saharanpur.

On 12 May, around 2.45 pm, Khursheeda received a call from Usman who said, “Goddess Kali, with seven heads, has killed Hina".

The family rushed to the mosque, where they saw the body of eight-month pregnant Hina on the floor, with her head slit and injuries on her neck and waist. Her earrings and broken bangles were lying on the floor.

When they asked him how it had happened, Usman said, "Kali of Kolkata has killed Hina. She pushed her from the second floor".

Hina often complained to her mother that Usman would beat her while asking her to meet his daily expenses. Khursheeda, being a widow, felt she was in no position to help her daughter.

Khursheeda mentioned two other suspects in the FIR, Mukhiya and Faizan, who were in the mosque when the incident occurred. She added that the two were repeating the same story as Usman did.

She said Usman had spread red vermillion, severed head of an animal and some empty earthen pots on the floor to convince people of his made-up story.

Khursheeda also said when the family learnt of Hina's death, they were in a state of shock. However, the neighbours told them that this issue concerned the mosque and would cause great embarrassment should it come to light. Hence, the burial took place in a rushed manner.

But as soon as they came out of shock, the family realised that Usman and his friends had killed Hina. She added that Usman had made up the story about Goddess Kali to hide the truth and that he was the one who conspired Hina's murder.

Based on this complaint, the three identified accused were booked under IPC sections 302 (murder) and 201 (disappearance of evidence). Usman was arrested on 22 May, while the other two suspects remain absconding.

This correspondent called the victim's younger brother Salman on 11 June. He said they were a family of four siblings — two brothers and two sisters — and their widowed mother.

He said Hina married Usman 13 months ago. She lived with Usman only for a short time, as she lived in Uttarakhand with his family while Usman lived and worked in Saharanpur.

Asked if the family was comfortable with Hina becoming the second wife of a man, Salman said, “Usman was a reputed man as he worked for the mosque. He was an imam — a man who led prayers in the mosque, and everyone respected him. It was an honour for the family to have him as a son-in-law.”

Salman said that Hina had told them about instances of assault and physical abuse, but they never imagined that Usman could kill her. Asked if Usman terminated her pregnancy twice before this incident as some reports have said, Salman said he was unsure, but his mother told the police about it.

He said that on that tragic day, the family received a call from Usman around 3 pm. The family rushed to the mosque and found Hina lying on the floor with her blood-soaked clothes. Her bumped stomach was making the sight even more painful, Salman said.

Usman was also lying on the floor as if he was possessed. He was blabbering something about 'Kali Mata'.

“But it was all false. We had never seen him like that before,” Salman says.

Speaking about their family circumstances, Salman said the siblings had lost their father many years ago and since then, were looked after by the eldest brother Akram and brother-in-law Mehboob. It was tough for them to make their ends meet.

As Usman was a reputed man in the area, elders in the family fixed Hina's marriage with him.

Salman said although Usman had struggled with anger issues before, he never got into a spat with anyone in recent times. As he was the mosque's imam, people used to discuss their problems with him and seek advice. He had been looking after the mosque for several years and didn't get into trouble with anyone. However, his behaviour towards Hina was different.

Asked about Hina’s education, Salman said she was a “homely” girl and had not studied much.

“Usman used to make decisions for her. Even on that fateful day, he was the one who decided to conduct 'supurd-e-khak' [burial ceremony] on the same day,” said Salman.

”Jab wo apni biwi ko lekar ja raha hai, humne use nikah me di hai, to hume koi adhikar nahi use rokne ka [If he is taking his wife away, we have no right to stop him. After all, we gave her away to him during their wedding],” he added.

Salman further said that his mother was utterly shocked over Hina's death, so they could not decide what to do immediately and chose to participate in the ceremony. More than a week after the burial, they decided to register a complaint.

Once the news of the police complaint spread, many people from their community came to the house saying their allegations were not true and that 'imam sahab' was innocent, says Salman. “Nobody supported us,” he said. “They said that it was a matter of the ‘qaum’. It shouldn’t go outside,” he added.

Salman said that his mother told the family about the physical abuse their sister went through only after her death. He said his family is not well-educated, and it took them some time to understand things clearly. Usman portrayed himself as a victim and pretended he couldn't believe that Hina had died.

Salman says they are from the Gada caste.

The Gada or Garha community among Muslims claim they are decedents of the Hindu Gaur or Gaud (Brahmin) community, settled in Uttar Pradesh, Haryana, Delhi and Punjab. They say the community includes people who converted from Rajput communities like Chauhans, Chandels, Tomars and Pundir. Some even declare themselves to be decedents of Mohammed of Ghor and use Ghori or Gouri as their surnames.

What The Police Say

On 22 May, Hina's body was unearthed and sent for post-mortem. The police station in-charge Piyush Dixit told Swarajya that they arrested Usman near the mosque the same day. Usman admitted to the police that he called Hina to the mosque and pushed her from the terrace.

The post-mortem reports showed broken bones of her neck and other body parts. There was also blood loss from her urinary tract as the baby in her womb died.

Usman told the police that he wanted to terminate Hina's pregnancy, but she refused to do so. He also said that he had made her terminate previous pregnancies, the officer said.

The officer said that Usman was into occult practices and suspected that Hina was pregnant with a girl and not a boy as he wanted.

Salman's elder brother Akram told the local media that his mother was a heart patient and her health had deteriorated since Hina's death.

“Logo ke dabav me they hum. Sabne kaha masjid ka mamla hai, isliye isko wahi ke wahi daba diya gaya [People were putting pressure on us. Everyone said it was a matter involving the mosque, so they covered it up immediately].”

He shared Hina's pictures with this correspondent and said the family only wants justice. He added that the other two suspects who are absconding must also be arrested.

He said that he is satisfied with the police investigation and the support they received from the media throughout their case.