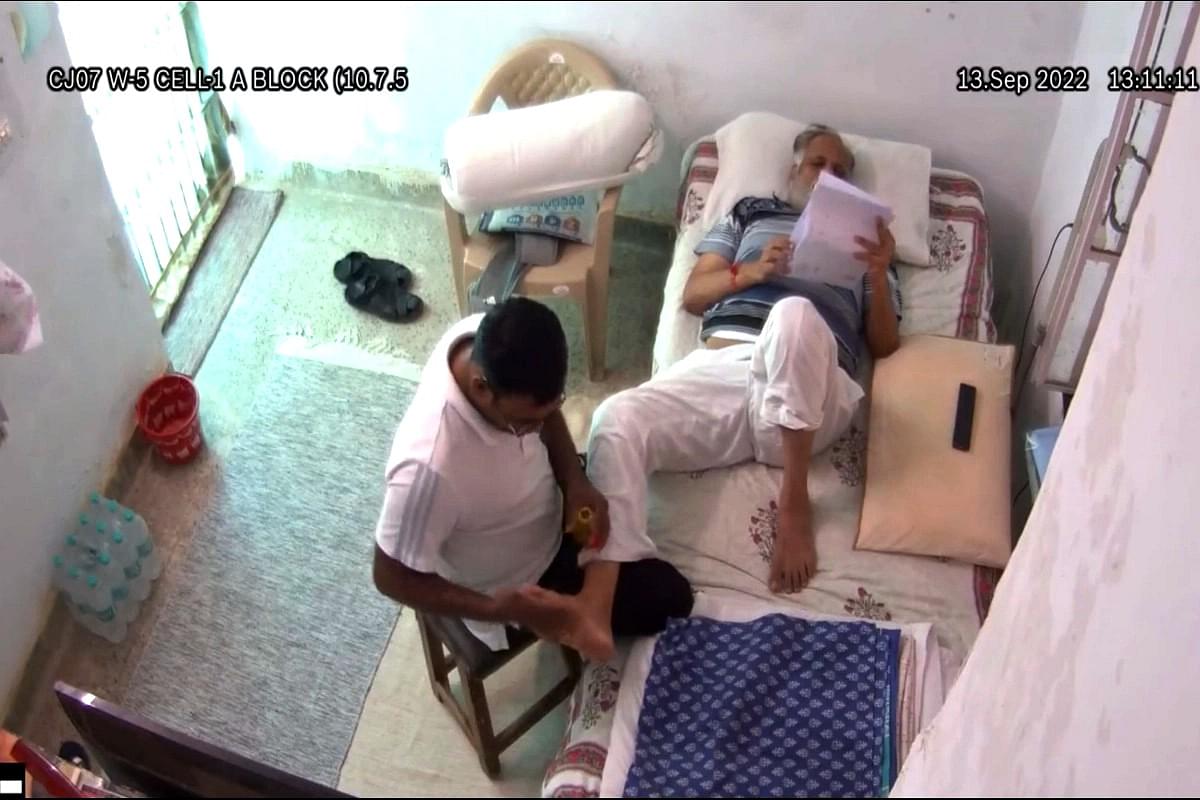 In a huge embarrassment to the Chief Minister Arvind Kejriwal led Delhi government, its Minister Satyendra Jain's videos of getting massages, while in Tihar Jail, have surfaced.

The CCTV footage, dated 13, 14 and 15 September, show a masseur inside Jain's jail cell in a clear violation of the jail rules. Earlier, Enforcement Directorate (ED) had alleged that Jain, being head of the Prison Department, has been receiving VIP treatment inside the jail.

The viral videos corroborate ED's claim, putting the jailed Minister in dock. It also erodes the credibility of AAP chief Kejriwal who has defended his Minister, despite serious allegations of financial impropriety on his part.

The ED, in an affidavit, had also alleged that Minister is allowed to meet his wife regularly for hours and beyond the permissible limit as well as received homemade food along with routine massages.

Jain has been in jail for the past five months and has been denied bail twice by a Delhi court. He was taken into custody under criminal sections of the Prevention of Money Laundering Act (PMLA) on 31 May 2022.

BJP's IT head, Amit Malviya, in a tweet, said, "Among the several damning allegations Sukesh levied against Satyendra Jain and Arvind Kejriwal, one of them was outlandish privileges available to the jailed Minister. It is now clear that his charges have merit and the duo must be investigated for money laundering, among others."

Jain has also been accused of exorting "protection money" of Rs 10 crore from conman Sukesh Chandrashekhar. In several letters, written to Delhi LG and the media, Chandrashekhar had attacked AAP leader for misusing his position to threaten and intimidate him.

The AAP chief has not taken any disciplinary action against Jain, till now.