“We Are Not Pseudo-Secular And Corrupt Like Congress,” Says SDPI After Increasing Tally In Karnataka Local Body Polls 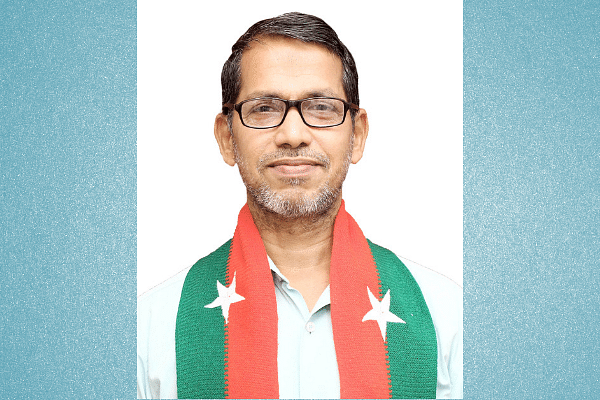 “Hatao, hatao, Congress hatao, hum brashtachari nahin hai; Hindu, Muslim, Isai bhai bhai.” This is one of the many slogans that the workers of the Social Democratic Party of India (SDPI) raised after minimising the seat tally of the Congress in the recently held urban local body (ULB) elections at Ullal and Buntwal City Municipality Council and Town Municipality Council in Dakshina Kannada district in southern India.

SDPI is known to be a Muslim-dominated party. It began its political journey as an Islamist activist outfit in Kerala, but during the course of the last four years it claims to have undergone internal changes, including infusing more democratic values, shedding communal feelings, and taking the fight corruption in politics. “This has given us a new platform. Largely SDPI will still be a Muslim-dominated party, but there is no communal agenda. We are open to all kinds of alternative views and our membership is open to anybody,” said Saleem, SDPI secretary in Dakshina Kannada district.

“We will not be a pseudo-secular party like the Congress. Neither will we sacrifice our internal democracy for any political or religious reasons. Our movement is towards corruption-free India with equanimity towards all faiths and communities. At the same time, we do not want lessons by any other political parties on our love towards India,” said Saleem.

The win in the ULB polls was resounding. In Buntwal, which is a Congress and Bharatiya Janata Party (BJP) stronghold, the SDPI did not have even one seat in the last council. It now has four seats. In Ullal, the SDPI had only one seat and it stood as an arch rival of the Congress in the last council; this time it has won six seats. In Puttur City Municipal Council election, the SDPI has earned one seat in a city that is known for its saffron strength.

Why and how has this happened? When asked, Elyas Thumbe, state president of Karnataka SDPI, told Swarajya: “We had opposed the Congress party leadership in the last few councils, in that their councillors were involved in corruption; every government facility given to to the people were sold by the Congress councillors. In fact, many workers belonged to the Congress in the past, but more than 40 per cent of the workers have now shifted to SDPI. In the coming days, we are getting more workers from Congress, not just Muslims, but also from all religious affiliations. Yet we are sure our party will not tow the religious line. Our basic mandate will, however, be the empowerment of minorities – not just Muslims but also Christians, Scheduled Castes and Scheduled Tribes.”

“Yet both Congress, BJP and the left parties,” Thumbe went on, “are alleging that we are a fundamentalist party. In West Bengal, our offices were destroyed and the Trinamool Congress workers had beaten up our workers and shut down the office in Kolkata. Similarly, the Congress party is spreading canards about us, stating that we have connections with terror organisations, which is the most obnoxious claim ever. We have put all our credentials in front of the Mahagathbandan leaders.”

But would such a rise of the SDPI not amount to creating an exclusively Muslim party and lead to another situation like the one that preceded the creation of Pakistan – when the Indian Muslim League spoke exclusively for India’s Muslims?

Thumbe says, “Whether we want or not, the process of polarisation has begun. It was the child of the Congress party which kept away Hindus and romanticised its support to Muslim minorities at the cost of other minorities and Hindus. Even in that model, the Congress party had not done justice to the Muslim minorities and used them merely as their captive vote bank, throwing them morsels now and then. The Muslims have now woken up and are looking for an alternative, which we want it to be SDPI.”

“We have made many modifications in our party cadres,” he goes on, “mobilised pan-India support using our friends in the Hindu and Christian community to float an all-India secular party true to its name. Polarising political power based on religion is not our game. Muslims are more in our party just because they have no alternative now as the true colours of Congress have been exposed.”

The SDPI national leaders are seized of the situation that the Congress was creating in the country. “Our presence is felt in 13 states across the country, including Rajasthan, Madhya Pradesh, West Bengal, Odisha, Tamil Nadu, Kerala, Andhra Pradesh, Karnataka, Maharashtra, Uttar Pradesh, Bihar, and Delhi. It may not be possible for us to contest in the Lok Sabha election in 2019, but in the next election after 2019, we will definitely be a force to reckon with. Talks are going on with the Mahagathbandan. But the Congress and the left parties are putting a spoke in the wheel,” they claim.

In another development, Congress general secretary Randeep Surjewala’s statement about the “Brahmin DNA of Congress” has created a flutter in the Muslim and other minorities. This has created yet another opening for Muslims to desert Congress, and many in Karnataka are looking to the SDPI. On the coastal region itself, there has been a spurt of membership growth.

“We have nothing against the Hindus if they wanted to join the Congress. All these years the Congress party thrived on the Muslim votes, now they are preying on the Hindu votes. There are any number of events reported in the media on a day-to-day basis about Congress leaders posing for photographs in temples and with holy persons. It is obviously an attempt to get back the Hindu votes. I feel it is a futile exercise, as Congress will never be able to do it as polarisation has already happened and now Congress is further weakened due to even Muslims deserting it,” says Thumbe.

Congress leaders U T Khader and Ramanatha Rai, both of whom led the party in mobilising Muslim votes for the last two decades, are now faced with the formidable challenge of preventing Muslims from going to the SDPI. “They will not be able to hold them back, as Muslims have already started deserting Congress, and the core of Congress was cracking on the coast” says Athaullah, president of the SDPI Dakshina Kannada unit.

“JDS is not an option for Muslims, as it was a party with questionable tenets of internal democracy. It is ruled by the family of Deve Gowda and nobody can go against them, and those who did were cast into the dustbin of the party. Classic examples are Y S V Datta and Zameer Ahmed Khan in recent times.”