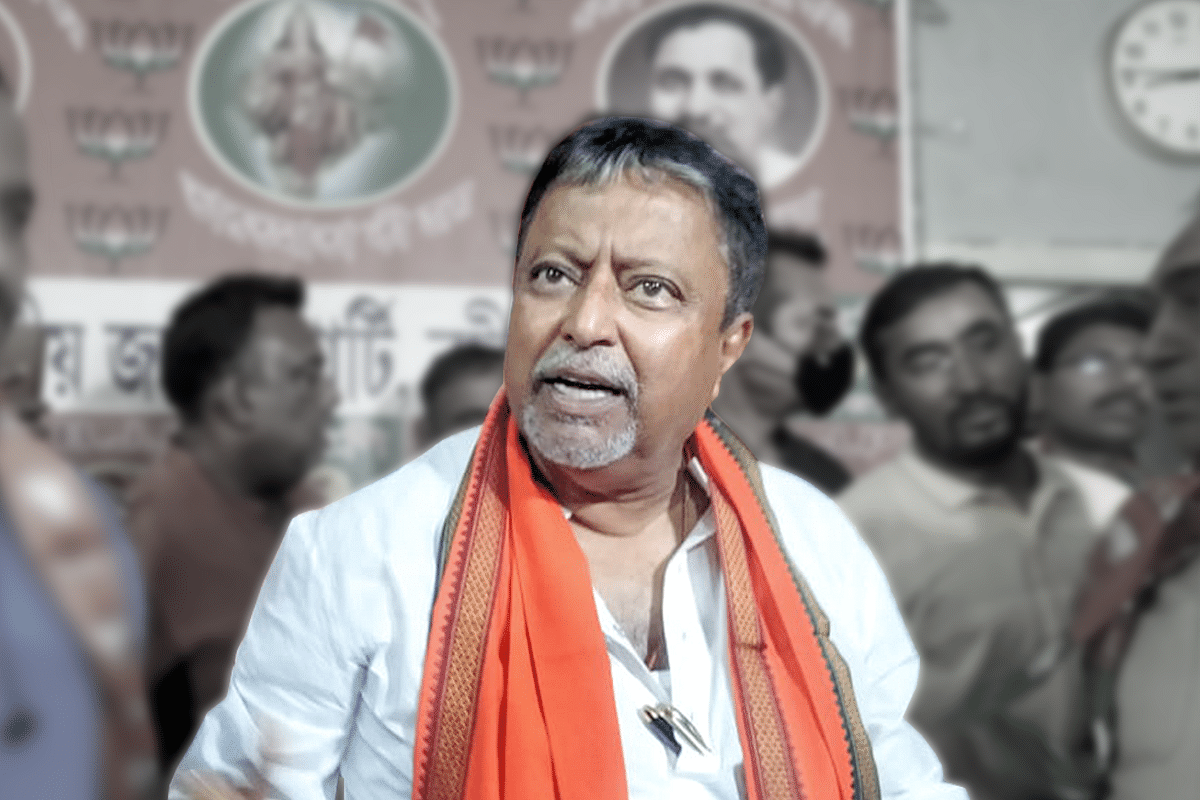 Roy, a former BJP national vice-president, had defected to the ruling TMC in June last year.

The hearing in the case was completed last month, an official of the Assembly secretariat said.

'The petitioner could not submit the quality of weight of evidence that was expected. And in the facts and circumstances of the case and in law, I find the petitioner has not been able to establish the contentions made in the petition...accordingly, I dismiss the petition,' Banerjee told reporters.

According to assembly secretariat sources, Roy would continue as BJP legislator in the House in the wake of the ruling.

Banerjee, when asked about it, said, 'It is for you to draw conclusions. I have just dismissed the petition following lack of evidence.'

Leader of the Opposition Suvendu Adhikari had moved the petition before the speaker as Roy, who had won the assembly election on a BJP ticket, switched over to the TMC shortly after.

Ambika Roy, another BJP MLA of the state, had moved the Calcutta high court challenging Roy's election as chairman of the Public Accounts Committee (PAC) and prayed for the nomination of an opposition member to the post, as per tradition.

The high court had asked Banerjee to take a decision on the petition for Roy’s disqualification as a member of the House by October 7. In case of failure, the court said that it would take a call on the matter.

The speaker’s secretary and the returning officer had then knocked the doors of the Supreme Court, which on January 17 expressed hope that Banerjee will take a decision on the disqualification plea within the next two weeks.

Since the declaration of assembly polls results in May last year, five BJP MLAs, including Roy, switched over to the TMC.

Meanwhile, amid the infighting in the TMC over various issues, its state spokesperson Kunal Ghosh took to Twitter to say that the CBI and the ED should arrest Roy in connection with the Saradha and Narada cases.

Ghosh, who was himself arrested for his alleged involvement in the Saradha scam some years ago, said, 'CBI & ED should arrest BJP leader Mukul Roy in Saradha and Narada case. I have already sent them letter praying joint interrogation with him. He is an influential conspirator. He has used different parties only for his personal protection. Mukul Roy should not be spared.'

Roy, in apparent gaffes after switching over to the TMC, had said on occasions that the BJP would emerge victorious in polls.