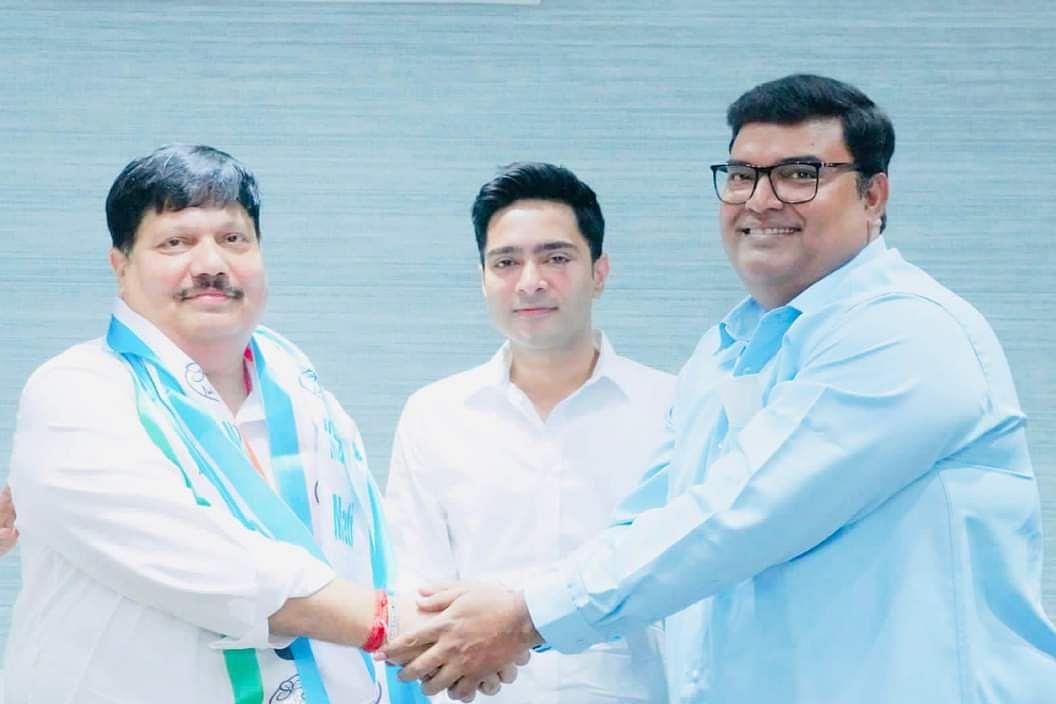 That the Bengal Bharatiya Janata Party (BJP) is a house in disarray is no secret. After its failure to unseat the Trinamool Congress from power in the 2021 assembly polls, the saffron party has been hit by a series of defections, especially by people who were lured from the Trinamool.

The latest in the debilitating series of ghar wapsis is that of Barrackpore Lok Sabha MP Arjun Singh. Singh had left the Trinamool, the party he was associated with since its inception, to join the BJP in March 2019 just before the Lok Sabha polls.

He was given a BJP ticket for the Barrackpore seat and won it by nearly 15,000 votes, defeating his Trinamool rival Dinesh Trivedi. Trivedi, a former railway minister, is now with the BJP.

Singh’s return to the Trinamool comes as no surprise. He had been voicing his dissatisfaction with the state of affairs within the party in Bengal for nearly a year now. A mass leader with a Bahubali image, Singh has been wanting the party to take on the Trinamool aggressively and on the ground.

Ever since he left the Trinamool to join the BJP, the entire Barrackpore belt has been rocked by innumerable clashes between BJP and Trinamool workers. Some of these clashes have also claimed a few lives. The Trinamool has been desperate to regain the crucial industrial belt which has a number of jute mills.

In the 39 months that Singh spent in the BJP, the Trinamool government slapped as many as 87 criminal cases against him. Singh has been wanting the BJP state leadership to display more aggression towards the Trinamool and fight Mamata Banerjee politically through agitations and protest programmes.

Singh, according to his close aides, was dismayed by the failure of the BJP leadership — both the state and central — to protect party workers from attacks by Trinamool cadre in the run-up to and after the assembly polls last year,

Tellingly, Singh told media persons after returning to the Trinamool Sunday (22 May) that “the BJP in Bengal does politics on Facebook from air conditioned rooms”.

Singh’s statement is the sum and substance of the state of the BJP in Bengal today. The failure of the party leadership to show support to party workers who faced physical assaults, evictions from their homes and a lot more at the hands of Trinamool workers created the impression that the BJP leaders lack spunk and are no match for Banerjee.

The saffron party’s failure to defeat the Trinamool in the assembly polls last year appeared to have benumbed the party leadership, which retreated into a shell. While BJP leaders were quick to demand, and receive, personal security cover by central security forces like the CISF and the CRPF, party workers were left to fend for themselves.

BJP state party leaders who retreated into their shells after the huge setback in the assembly polls not only failed to protect party workers who were assaulted, raped, killed and displaced from their homes, they also did not make any efforts to start working on the ground.

The state, and the central BJP leadership, failed to highlight the attacks on party workers and launch an effective protest programme. They did nothing to instill confidence in the party workers and, strangely, did not even initiate any visible effort to take on the Trinamool on the ground.

The state BJP’s activities — statements and protests — were limited only to the social media. And the little that some leaders did to re-establish contact with the masses was not only ineffective, but also came across as impotent. And this strengthened the impression that the BJP’s Bengal leadership is inept and lacks the requisite political skills to take on Banerjee and her party.

That is why many who had left the Trinamool to join the BJP have been returning to their original party. Soon after last year’s assembly polls, Mukul Roy and his son Sunhranshu (an MLA) rejoined the Trinamool in June 2021. In August, another senior leader, Tanmoy Ghosh, returned to the Trinamool.

September (2021) saw Babul Supriyo (a former Union minister), Biswajit Das and Soumen Roy joining the Trinamool. Former Trinamool minister Rajib Banerjee (who defected to the BJP just before the 2021 assembly elections) returned to the Trinamool in October last year while in March this year, BJP leader Jayprakash Majumdar who had spoken out against the party leadership and was suspended crossed over to the Trinamool.

Singh’s crossover to the Trinamool will not be the last in the series of defections and ghar wapsis to hit the BJP. In fact, what is a trickle (of leaders and workers from the BJP to the Trinamool) can turn into a flood soon.

That’s because the BJP in Bengal continues to be in a state of paralysis, riven by factionalism and differences between leaders with egos that are inversely proportional to their mass support base, and a strange reluctance on the part of the central leadership to take the drastic and decisive steps required to put the state unit back in shape and fighting fit.

The state of disarray that the BJP has been gripped by in Bengal has also led to a sharp decline in popular support for the party. The municipal polls held earlier this year provided a good indication of this: the BJP failed miserably at the hustings.

The BJP even lost the Asansol Lok Sabha seat, which used to be considered its stronghold. The bypolls to that seat was necessitated by the defection of Babul Supriyo (who won twice — in 2014 and 2019 — from that seat on a BJP ticket) to the Trinamool. The BJP’s humiliation in Asansol was complete with the victory of Shatrughan Sinha who had left the BJP and joined the Congress before going over to the Trinamool in March this year.

The sad state of the BJP in Bengal can be best gauged from the reaction of a former state party president (who is now BJP national vice president), Dilip Ghosh, to Singh’s return to the Trinamool.

The nonchalance inherent in that statement signals that the BJP is heading south in Bengal.