What Do We Know About Om Prakash Singh, The New Uttar Pradesh DGP? 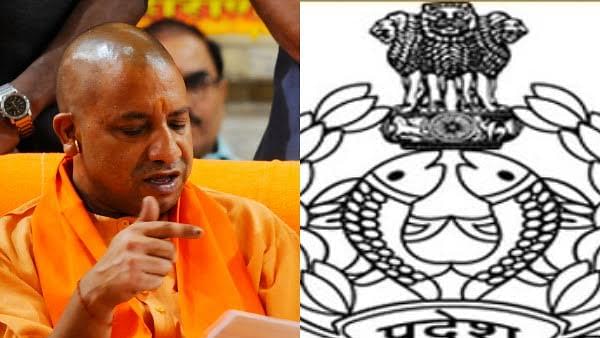 The UP government is desperate to make the state crime-free.

Om Prakash Singh, the Indian Police Service (IPS) officer whose first day as Lucknow’s Senior Superintendent of Police (SSP) on 2 June 1995 gave him his most wishfully ‘forgettable’ day of his career, is returning to Uttar Pradesh’s capital as the state’s Director-General of Police (DGP), faced with the challenge of quelling criminals, big and small.

On that eventful day, Samajwadi Party (SP) goons laid siege to the state guest house on Lucknow’s Mirabai Marg, where Bahujan Samaj Party leader Mayawati was staying, and almost killed her. The district police had surrendered its powers before the SP leaders and goondas who were angry with Mayawati for withdrawing support to Mulayam Singh Yadav.

For Mayawati, the situation could have been uglier had the Bharatiya Janata Party (BJP) leader Brahm Dutt Dwivedi not saved her from the attackers. O P Singh, who had just taken over as SSP, Lucknow, was criticised for letting his men remain mute spectators and allow the SP men to take law into their hands. Having been appointed SSP by Yadav, it was alleged that he only returned a favour. Those who backed him argued that he hardly had time to understand the situation.

It was, therefore, no surprise that when Mayawati became chief minister, Singh was placed under suspension. Yadav later created the post of Additional Director-General of Police, Noida, for Singh.

All that is now passe. He was chosen by a committee headed by UP Chief Secretary Rajiv Kumar to replace Sulkhan Singh, who retired as DGP on the last day of 2017. As O P Singh is the DG, Central Industrial Security Force (CISF), a formal request has been made to the centre to relieve him of his present assignment.

The 1983 batch IPS officer, who has been Lucknow’s SSP thrice, is credited with wiping out remnants of terrorism in Lakhimpur Kheri, where he was the police chief in 1992-93.

As DG, CISF, he is credited with making airports safer. He has also been the DG, National Disaster Response Force, and was presented with the Distinguished Leadership Award for Disaster Resilience for his handling of major disasters like the Nepal earthquake and urban floods in Chennai and Jammu and Kashmir.

For the winner of Indian Police Medals for Gallantry, Distinguished Services and for Meritorious Services, a bigger challenge awaits in UP where the government is desperate to make the state crime-free.

Despite Chief Minister Yogi Adityanath’s carte blanche to the police force to carry out encounters and show the criminals “oopar ka raasta” and 28 criminals having been killed in 895 encounters since the formation of this government, the situation may have improved but only marginally.

According to the National Crime Record Bureau report of 2016, UP registered the highest number of cases – 282,171 – under various sections of the Indian Penal Code (IPC) in the country. These included 4,889 murders, 284 dacoities, 4,816 rapes and 49,262 other cases of crime against women.

Disputing the dubious number-one status in crime given to UP, Sulkhan Singh argued that going by population-crime ratio, the state had done better than other states. Crime rate, which is calculated as incidents of crime per lakh population, placed UP in 26th place vis-a vis other states. At 282,171 cases, the crime rate in UP worked out to 128.7, which was much lower than Kerala’s 727.6 and Madhya Pradesh’s 337.9. Including these two, there are 25 states ahead of UP in terms of crime rate, Sulkhan Singh contended.

As DGP with an assured tenure of almost two years, O P Singh will have to see if the number of cases under IPC can be brought down without resorting to the usual practice of non-registration of FIRs. With UP Investors’ Summit to be held in February, the new DGP will have to help create a positive perception about the state, too.

Criminals are not the only ones he will have to contend with. The attitude of policemen, whether they are dealing with foreign tourists, victims of sexual harassment, or commoners and committing excesses is a far bigger challenge.
His predecessor, Sulkhan Singh, found policemen in UP to be worse than the British. In honesty and behaviour, he found the British police to have been far better than the present-day UP Police. “In the entire freedom movement you can find instances of excesses but not a single case of faking, fake encounter, fake evidences and fake investigations,” Sulkhan Singh told a national daily.

That pithily sums up the situation which may now be beyond improvement. This attitudinal problem in the police force may be due to overwhelming politicisation, deep-rooted corruption at all levels of the force and a large number of seniors being bad examples. So long as police investigations and arrests are generally looked upon with doubt by the people who just cannot trust a cop, any change for the better may be difficult to achieve.

If O P Singh is being appointed after superseding four others in the race – Pravin Kumar Singh, Surya Kumar Shukla, Rajiv Rai Bhatnagar and Gopal Gupta – expectations from him would naturally be high. And his test would begin from the moment he takes over.