What Does A Trump Victory Mean For The Future Of US And Financial Markets? 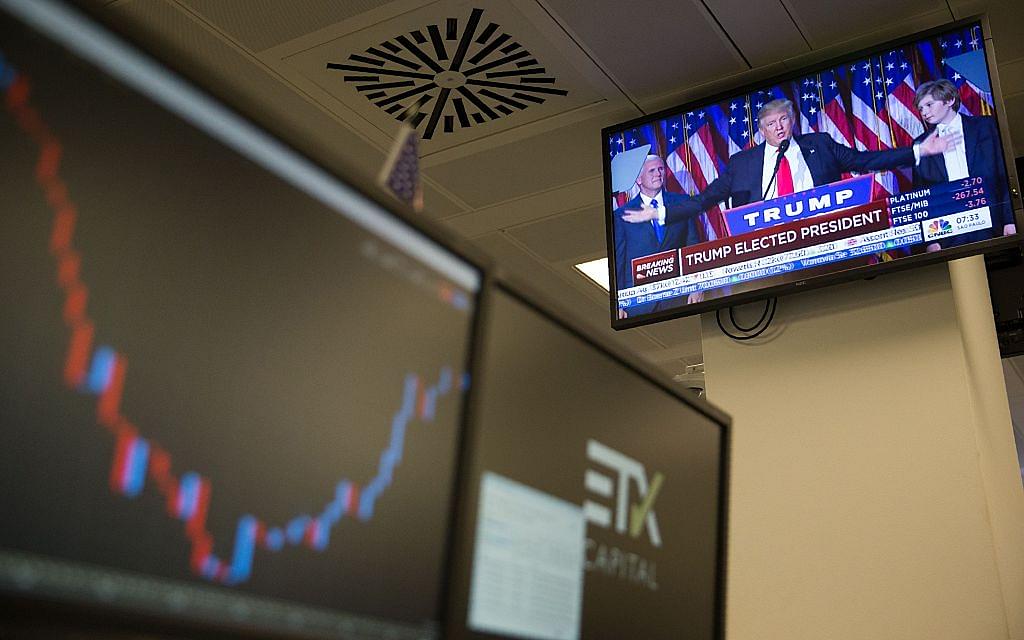 After an unremittingly ugly and fractious campaign that exposed deep rifts in American society, Donald Trump has won the 2016 US presidential election to become the 45th President of the country. The last time a right-wing anti-establishment candidate made it to the White House was in 1829, when Andrew Jackson became the country’s seventh president.

Like Trump, Jackson made his fortune in real estate. Like Trump, Jackson had a captivating style of speech and wild hair and demanded respect. In an 1806 duel, he shot and killed a man who had insulted him in a newspaper. By comparison, Trump’s Twitter broadsides appear more forgiving. Like Trump, Jackson ran as an outside candidate. In the 1824 election, the Democratic-Republican party (the only national party in the country) at its caucus nominated William H Crawford, but Andrew Jackson’s supporters claimed the caucus “ignored the voice of the people”. Refusing to accept the nomination, Jackson’s supporters held their own convention, and nominated Jackson as their candidate. In the national election that followed, when the popular votes were tallied, Andrew Jackson had defeated his fellow contestants – William Crawford, Henry Clay and John Quincy Adams, but the electoral votes were split, giving no candidate a majority. As the law demanded, the decision to choose the president was left to the House of Representatives – the house chose John Quincy Adams. Jackson didn’t give up and eventually won the 1829 election.

When supporters talk about why they love Trump, they say it’s because he says what he thinks, without calculation or political correctness. The election of Trump is repudiation of the liberal indifference to economic stagnation, income inequality and the diminishing economic prospects for American families, which have clouded over the US during the two terms of President Barack Obama. The slowest recovery on record since the financial crisis of 2008, has delivered a gross domestic product (GDP) growth of approximately +2 per cent, half of previous recoveries. In Tuesday’s vote, Americans have refused to accept this status quo as the best the US can do. They longed for a leader who would not “manage the stagnation/decline” but fight to restore growth and “make America great again.”

It’s a different matter if Trump can be that leader or indeed can restore growth to the levels of the past. A lot of issues with anaemic US GDP growth has to do with demographics and technological changes. Gone are the days when an average American graduating from high school could walk across the street and get a job.

Trump ran an unconventional campaign based on anger, blame and colourful words and triumphed over Hillary Clinton’s campaign – which spent most of its firepower attempting to disqualify Trump based on his character. Voters rejected the progressive agendas of Clinton and Barack Obama, much of which have stifled economic growth for the past eight years with over-regulation and legislative gridlock.

So what does a Trump victory mean for the future and the financial markets?

You will recall my comment in the October Newsletter – where I mentioned that the average compound annual growth rate for US equities since 1945 had been +9.7 per cent under Democratic presidents and +6.7 per cent under Republicans. However, the best market returns were generated under Republican presidents, working with a Republican controlled Congress. In that scenario, the S&P 500 Index gained +15.1 per cent annually. Therefore, now that we have Republicans controlling the White House and Congress, US equities will be a good medium to long term play. However, one has to be patient, since 'President' Trump, will not be in office until 20 January 2017 and the rally in equities will not be sustainable until GDP growth accelerates.

I would recommend buying the dips in any equity sell-off, particularly in US equities and to stay away from emerging market equities for now. Trump’s policies, including tax cuts/reforms, fiscal spending, and cutting regulations are stimulative. However, his anti-globalisation trade policies are negative, not just for the US, but for the rest of the world as well. If Trump is wise enough to surround himself with clever advisers and follow the example of president Ronald Reagan, who adopted the reform agenda that former Congressman Jack Kemp and other House Republicans had prepared (and such a ready-made agenda is awaiting in the House Republican's “Better Way” plan), then don’t be surprised to see a +4 per cent GDP growth in the US late in 2017.

Emerging markets equities are particularly vulnerable to a strong dollar against emerging markets currencies. I am also not a big believer in European equities given the risks of the upcoming Italian referendum.

Euro/dollar will likely stay bid and in the 1.08-1.15 range for the rest of the year as a US rate rise view recedes and European Central Bank signals pulling away from more quantitative easing, British pound/US dollar will likely trade in the 1.23-1.28 range.

Any sell-off in bonds is an opportunity to buy and lock in higher yields. However, be mindful of the duration of your investments, as President Trump’s policy will be growth stimulative in the medium term and rate rise pressures could start building late in 2017.

The US equity sectors to be long: financials as a yield curve steeping trade which would add to banks earnings; industrials; materials, on the back of “make America great again” and Healthcare, now that Clinton’s scare for the sector is gone.