What Went Into Making Jammu And Kashmir Part Of India 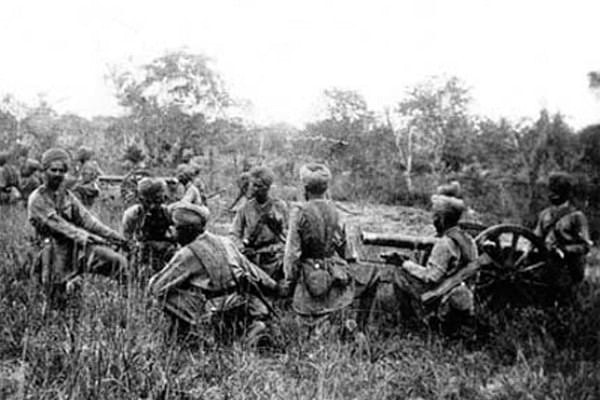 While the India-Pakistan war of 1947-48 lasted the better part of 15 months, it was the initial operations commencing on 27 October 1947 that set the tone for the spectacular successes achieved in diverse kinds of terrain.

The date 27 October is marked and celebrated primarily in the Army because it has been designated as Infantry Day. The majority of India has no idea of the national significance of this date—it is something that should be taught as part of history in schools and all other educational institutions. Patriotism and nationalism concerning Jammu and Kashmir (J&K) worn on the sleeves does no good unless it adorns the heart and mind with remembrance of the sacrifice of those who made it possible for the state to be and remain a part of India.

It is apt to begin with context. Twenty-seven October is the day when the Indian Army’s first Infantry unit, First Battalion, the Sikh Regiment (1 SIKH—now 4 Mechanised Infantry) embarked in 30 sorties of Dakotas from Palam and flew to Srinagar, landing on its dirt track airfield and going immediately into operations to secure the airfield.

The Srinagar airfield, where today tourists from all over India land to begin their adventurous tour of the Valley, has a huge historical significance, too. It became the nerve centre of the military operational effort to prevent J&K from falling into the hands of the Pakistani tribal raiders (the “Kabaalis”). There was no way that Indian troops could ever have reached the Valley over the dirt cart road from Banihal to Qazigund since no Jawahar Tunnel existed then. The only link from the rest of India through Uri was in the hands of Pakistan. When roads cease to be the link, it is the airfields that come to the fore. Much went into keeping the Srinagar airfield secure, including the sacrifice of the life of India’s first Param Vir Chakra, Major Somnath Sharma of 4 Kumaon, another outstanding Infantry unit later responsible also for the first landing on the Siachen Glacier in 1984. The airfield became the lifeline of operations for the next few months.

While the citizens of India are aware of the historical aspects of the partition of India on 15 August 1947, not many are aware of the aftermath related to those princely states that dithered on the decision regarding the option to join India or Pakistan. The narrative here is all about J&K and not any others. The issues were sticky due to the contiguity and demographic clauses along with the choice exercised by the ruler. By October 1947, the Maharaja of Kashmir appeared undecided, seeking possible independence that did not form any element of the choice offered. Even as a standstill agreement, until a final decision could be taken, was under negotiation; the newly created state of Pakistan unilaterally decided to act militarily and change the status in its favour. With an army yet under formation, it opted for an unconventional military option of using the tribal fighters from its frontier areas, forming them into ‘Lashkars’ and invading J&K’s territory from every possible direction of access while establishing an economic blockade of the territory.

On 22 October 1947, the main arm of the invasion commenced the advance from Muzaffarabad (now in Pakistan-occupied Kashmir) and entered Uri and thereby the Jhelum valley through the old cart road on which exists Kaman Aman Setu today. Uri was pillaged extensively as the march towards Baramulla continued. The Maharaja’s State Force attempted to stall the advance of the tribals but was outnumbered. Brigadier Rajender Singh of the State Forces put up a valorous fight at Mohra, but was killed in action; he was awarded India’s first Maha Vir Chakra posthumously. Since he was not on the rolls of the Indian Army at the time of his martyrdom, this is contested as his induction was also posthumous.

The tribals swept past the well-known landmarks of the Jhelum Valley, Mohra, Rampur, Ghantamulla, and Sheeri to arrive at Baramulla. As a much larger town, it offered tremendous scope to the tribals for loot and rape. Even nuns of the St Joseph’s Convent were not spared. It was during this pillage in which the tribals were involved for almost 48-72 hours that the well-known Kashmiri patriot and nationalist Maqbool Sherwani displayed great courage. Convinced that the future of J&K lay only with India, Sherwani formed a small resistance and misguided the tribals and caused attrition in their ranks. He was eventually caught and crucified by the tribals after long hours of torture. A unit of JAK Light Infantry (JAK LI) is named after him—2 JAK LI (Sherwani). Most of India is unaware of Maqbool Sherwani, in whose name the Indian Army constructed a memorial and a community centre at Baramulla.

The period 24-26 October 1947 was a crucial one. Intense negotiations and back-and-forth visits to Srinagar finally led to the Maharaja’s decision to sign on the dotted line on 26 October 1947. The Instrument of Accession was exactly as had been directed by Lord Mountbatten, the last Viceroy, to legalise the decision to join either dominion—India or Pakistan. Maharaja Hari Singh chose to sign in favour of India and therefore legally ceded control to the Indian dominion. Fortunate for India that the 24-26 October 1947 period was used by the tribal Lashkars to pillage Baramulla, thus preventing their further advance towards Srinagar. Obviously poorly led and even directed terribly from above by Pakistan Army officers, the objective of getting to the Srinagar airfield (from Baramulla to the airfield was barely 50 km) seemed to have been overlooked. It is such lapses on the part of military leaders that go far in deciding the destiny of nations.

As soon as the Instrument of Accession was signed by the Maharaja on 26 October 1947 and accepted by Lord Mountbatten, the Indian Army began final preparations for air-landed operations to secure the Srinagar airfield. 1 SIKH under the leadership of Lt Col Dewan Ranjan Rai landed at Srinagar and almost immediately commenced operations to prevent access of the tribals to the airfield. He led his troops in a push towards Baramulla and was eventually killed in action near Pattan. He was awarded the Maha Vir Chakra posthumously and, being on the rolls of the Indian Army, became the first winner of the second highest decoration of valour.

The Indian Army continued to build up on the airfield and conducted operations towards Gulmarg, Uri, Kulgam, and Gurez. Later, great battles were fought for Zojila, Gilgit, and Skardu, not to forget the battles for Poonch and Naushahra (the names of the iconic Brigadier Pritam Singh and Brigadier Mohammad Usman come to mind). The war continued for almost 15 months and threw up other great personalities of the Indian Army. Brigadier L P Sen, Commander of 161 Infantry Brigade, led the operations at Shelateng, where Major Somnath Sharma won the first Param Vir Chakra. Later, Brigadier Sen recaptured the Jhelum Valley and the Haji Pir pass. Brigadier Harbaksh Singh in command of 163 Infantry Brigade undertook operations towards Kupwara. Eventually, his brigade captured Tithwal and secured the Tangdhar salient, which offers a major tactical advantage today because of the domination of the Nilam Valley.

While the India-Pakistan war of 1947-48 lasted the better part of 15 months, it was the initial operations commencing on 27 October 1947 that set the tone for the spectacular successes achieved in diverse kinds of terrain. Taken to its finality, the war would have resulted in the capture of the entire J&K by the Indian Army. However, logistics fatigue was an important factor as the nation had just gained independence and also come out of five years of the Second World War, which had taken its toll. 27 October marks a crucial landmark in Indian history, and the personalities that go with this date are heroes of the nation in every right. Generations of Indians must know these facts and take great pride in them.

Today, Gulmarg and Pahalgam form important tourist spots in Kashmir. None think of visiting the Jhelum Valley of Tangdhar, where some great battles were fought and sacrifices made for the nation. If these cannot be physically visited, at least knowledge of these sites must remain in the minds of good patriotic Indians.

(The writer commanded the Uri Brigade, Baramulla Division, and the Chinar Corps at Srinagar.)