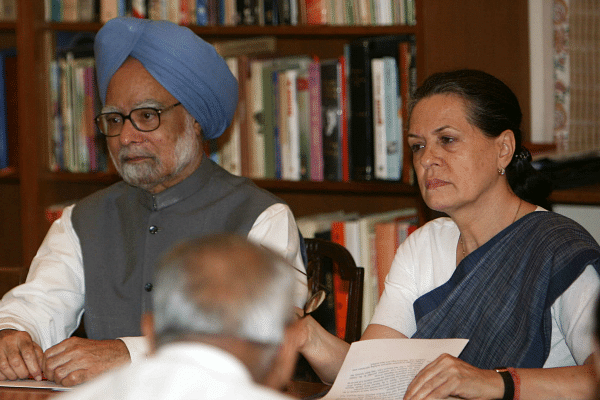 Soon after being sworn in as Madhya Pradesh Chief Minister, Kamal Nath signed an order for waiving short-term crop loans of farmers for up to Rs 2 lakh. The loans outstanding as on 31 March this year will be waived, something the Bharatiya Janata Party (BJP) says is a “fraud on farmers”.

Chhattisgarh Chief Minister Bhupesh Baghel, soon after taking over, also said short-term agricultural loan of farmers will be waived. He did not prescribe an upper limit, though.

While the Madhya Pradesh government loan write-off will cost the state exchequer anything between Rs 35,000 crore and Rs 38,000 crore, the Chhattisgarh government largesse will leave the state footing Rs 6,100 crore.

Congress president Rahul Gandhi has said he will not let Prime Minister Narendra Modi sleep until farmers’ loans are waived off. Finance Minister Arun Jaitley has responded, saying it is up to the individual state governments to waive off farm loans.

Jaitley has pointed out that Punjab, ruled by the Congress, and Karnataka, where the Congress is an active coalition partner, have been facing difficulties in implementing their promise of waiving off farm loans.

In Punjab, if the Amarinder Singh government were to waive off farm loans, it would be left with just Rs 2,500 crore to carry out development activities. In Karnataka, on the other hand, only 880 persons have thus far benefited from the farm loan waiver.

These instances remind us of what the United Progressive Alliance (UPA) government led by the Congress did in 2008 when it announced the nation-wide Agricultural Debt Waiver and Debt Relief Scheme. An audit of the scheme by the Comptroller and Auditor General (CAG) in 2013 revealed that there were many irregularities committed in implementing the scheme. A test check of about 90,500 cases during audit showed that there were severe lapses and errors in implementation.

While scrutinising the scheme, the CAG said the scheme set an ambitious target for implementing the waiver for 4.29 crore farmers within one month. The scheme was announced on 28 May 2008 and, by 30 June, banks were asked to draw up the list of beneficiaries.

The CAG said that as many district and state cooperative banks, regional rural banks, besides scheduled commercial banks, were involved, the deadline of one month for drawing up the list was “unrealistic and fraught with errors”.

Some of the banks had claimed interest on the loans given to farmers from the government. The interests were later returned when it was pointed out that interest could not be charged. The Department of Financial Services (DFS), however, failed to provide details of the interest amount returned to the government and whether any interest had been earned on the unutilised amount that was lying with the institutional agencies.

The CAG found that a debt relief fund set up by the UPA government with an initial corpus of Rs 10,000 crore in February 2008 was left with a balance of Rs 3,483 crore four years later. Overall, the government released Rs 52,000 crore for the waiver scheme.

The CAG, during its audit of the scheme, found that there were lapses in over 22 per cent of the test checks of the waiver and it raised serious concerns over the implementation of the loan waiver itself.

Across nine states, about 13.5 per cent of accounts test-checked were found eligible for the loan waiver, but the institutions did not consider the account holders when they prepared the beneficiary list.

Interestingly, the test check revealed that a little over 8 per cent of the farmers who took loans for non-farming purpose or who did not meet the eligibility criteria were extended the waiver benefits.

Further, another 6 per cent of the farmers got incorrect benefits from the institutions – three-fourths of the farmers among this got more than what they deserved or the rest lower than what they were eligible for. In addition, guidelines were violated in some cases, resulting in an outgo of Rs 164 crore.

Once the farmers were extended the benefits of loan waiver, banks had to issue a debt waiver certificate and get acknowledgments from farmers to help them become eligible to apply for fresh loans. However, in nearly 35 per cent of the accounts test checked, the banks had failed to get the acknowledgements from farmers.

On the other hand, the CAG said it could vouch that all the farmers who had the certificate of loan waiver got fresh loans when they applied.

The monitoring of the waiver scheme was also found to be deficient with the DFS relying on nodal agencies for compliance of its instructions.

The CAG audit also found out that there was improper maintenance and completion of documentation of the scheme. In the case of 2,824 farmer accounts, the audit found that the records had been tampered with, overwritten, and altered.

These irregularities probably are indicators of some foul play by politicians or those close to the powers-that-be. The loan waiver did not result in any productivity gains and resulted in farmers looking for more such waivers.

In addition, farm loan waiver has only hurt the economy.