When Nehru Shunned Einstein’s Request To Support The Jewish Cause 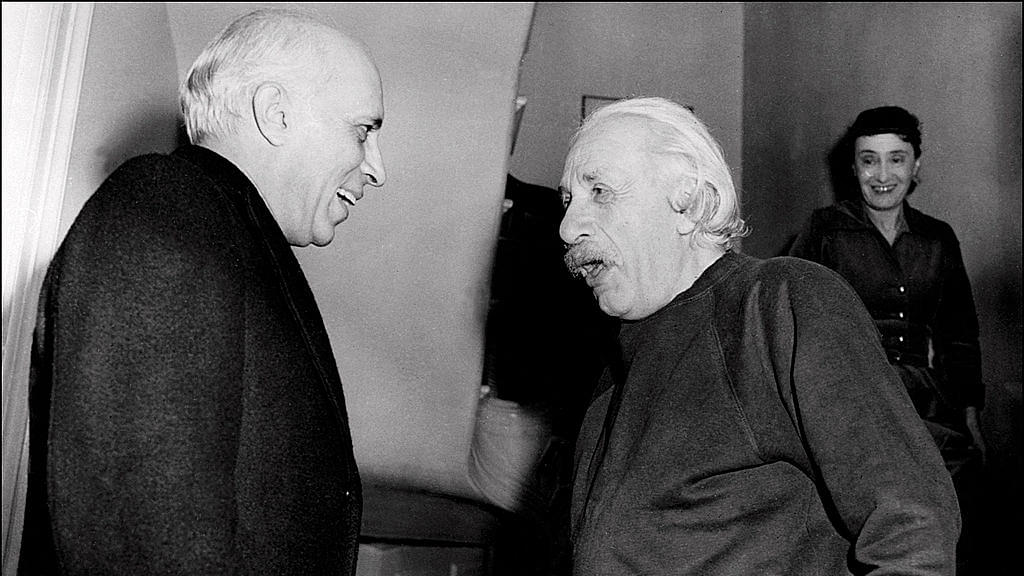 On 11 June 1947, Albert Einstein made an extraordinary intervention in global geo-political affairs by writing to then prime minister-designate of India, Jawaharlal Nehru. He implored India’s leader to endorse the “Zionist effort to recreate a Jewish Homeland in Palestine”. Appealing to Nehru’s moral sensibilities, he focused on the ethical question of whether the Jews should be allowed to have a homeland in the “soil of their fathers”.

In his letter, Einstein described the historical wrong done to the Jewish people, who had been “victimized and hounded” for centuries. He wrote that millions of Jews had died not only because of the Nazi gas chambers but also because “there was no spot on the globe where they could find sanctuary”. Zionism was the means to end this anomaly of history, he wrote, and a solution for this persecuted people to settle in a land to which they had “historic ties”.

The pertinent question then was, would the arrival of Jewish refugees from across the world displace the local Arab population? The answer, according to Einstein, was a strict no, and he gave two reasons for it – one legal, and the other economic.

1. The Jewish migrants bought “every inch of the land on which they settled” from the local people per the “international agreements”. No Arab locals were forcefully uprooted from their home to make way for Jewish settlers.

2. The Jewish settlers converted this sparsely-populated, marshy and semi-arid land into one of most fertile regions of the Middle East, and the resulting prosperity had not only been shared by the Jews but also the Arabs. And all this new-found prosperity had not come about due to the “exploitation of native workers” but by the “heroic toil of Jewish pioneers”. He buttressed this fact by writing that the Arab population of Palestine had doubled in the last 30 years while the Arab population of the adjoining land had remained static.

Then Einstein delivered the coup de grâce. He wrote that after the Allies had freed the Arab lands from Ottoman rule, 99 per cent of this “vast, under populated territories” were set aside to create five independent Arab nations, namely Saudi Arabia, Iraq, Jordan, Lebanon and Syria, and “only 1% of it was reserved for the Jewish people in the land of their origin.” He requested Nehru to consider “in the august scale of justice” which side had more moral weight.

Nehru, uncharacteristically, did not respond to this letter for almost a month. Perhaps his mind was already made up, or perhaps he did not want to wade into this difficult issue with none other than Einstein. He wrote that India had the “deepest sympathy” for the plight of the Jewish people, and promised to help them in any way the country could. However, he wrote that any “national policies” were essentially “selfish policies”.

Nehru was implying, without saying it in so many words, that despite the legitimacy or rightfulness of Jewish claims, he had to contend with the large Indian Muslim population who were opposed to the creation of a Jewish state in the Middle East. Moreover, he was reluctant to antagonise the Arab states over a sensitive issue in which India did not have a direct stake.

Nehru acknowledged the wonderful work of the Jewish settlers that had “raised the standards of people there”. But he wondered why the Jews, despite all the good work, had “failed to gain the goodwill of the Arabs”. This was a strange question to ask, given that Nehru himself had failed to “gain the goodwill” of a large section of Indian Muslims who wanted to separate from India. Nehru concluded that the solution to the matter could be arrived at through an agreement between the Jews and the Arabs, and that any outside interference, especially the continued presence of the British, would only aggravate the matter.

Even after many months of cajoling by Zionist leaders, India refused to budge from its position of opposing the creation of a Jewish state. On 29 November 1947, when the resolution for creation of separate Palestinian and Jewish states was put to vote in the United Nations, India sided with other Muslim nations – Pakistan, Yemen, Saudi Arabia, Iran, Yemen, Iraq, Syria, Lebanon and Afghanistan, and voted against the partition plan. However, the partition plan had broad-based support from other member nations, and the resolution was passed with more than two-thirds majority, thus creating the new state of Israel.

This was not the first time that Nehru had put India on the wrong side of history, neither was it his last. This anti-Israel stance on the pretext of “selfish policies” is egregious considering the number of times in his career Nehru sacrificed “selfish policies” for idealism. It took him three more years to recognise the state of Israel, after his blatantly partisan foreign policy stance had become increasingly untenable. And it took another 42 years for India to establish full diplomatic relations with Israel, during the tenure of then prime minister Narasimha Rao, thus correcting some of the errors of India’s Nehruvian past.