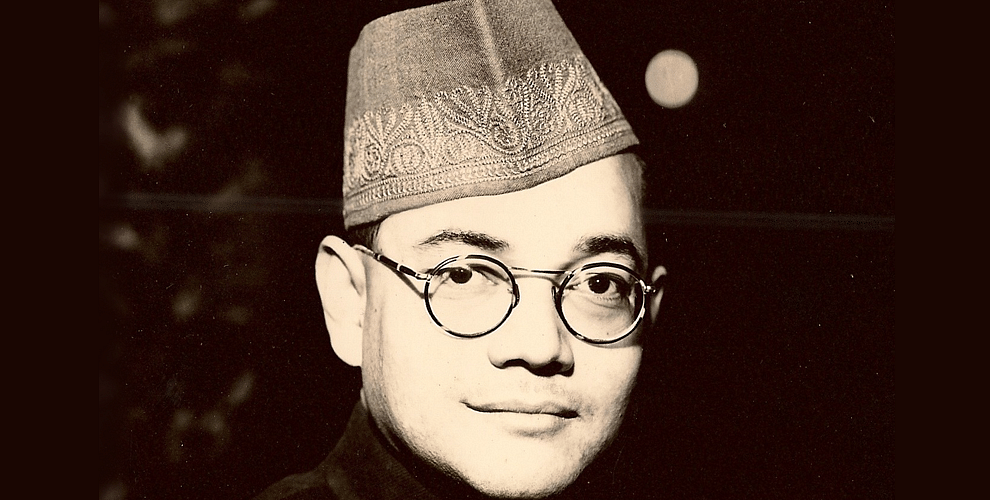 Historical documents reveal that between Jawaharlal Nehru and Vallabhbhai Patel, it was the latter who sought, to provide assistance to Bose’s family and INA soldiers, and to preserve the legacy of the INA after Bose’s alleged death.

In his moving biography of Sardar Patel, The Sardar of India, historian PN Chopra, perhaps Sardar’s only biographer other than Rajmohan Gandhi to have met and interacted with his subject, devotes an entire section to Patel’s ‘significant’ role in the relief and rehabilitation of the members of the INA. The same INA which was Subhas Bose’s legacy and symbol of his epochal struggle against British imperialism.

Chopra’s biography, like RC Majumdar’s three volume opus on the freedom movement in India, remains less discussed and less referred to. It does not carry, like Majumdar’s did not either, the stamp or recognition of the Ivy leaguers and therefore has been the subject of spear-pokes by ‘eminent’ historians who have ruled the Indian academia since the early sixties of the last century.  It has not been accepted as providing a ‘mainstream’ or even an ‘alternate’ reading of Patel’s life and legacy.

“Sardar Patel”, writes Chopra, “played a significant role” in not only providing succour and relief to the soldiers of the INA but in alleviating “the distress of his [Bose’s] wife and daughter in far off Austria even at the cost of risking displeasure of Nehru.”  Sardar was ‘anxious’, notes Chopra, ‘that something concrete should be done to help Subhas’ wife and daughter in Vienna. While Patel was in favour of placing all the amount left in the INA Committee Trust for the use of the wife and daughter of Subhas Bose, Nehru wrote to him arguing that he did not think ‘that any large sum need be set aside for the daughter’ and expressed his ‘doubt whether it would be in consonance with the aims and objectives of the INA relief.’ Justifying his stand on providing relief to Subhas’ immediate family from the INA trust funds, Sardar argued that since ‘Subhas Bose was the Commander-in-Chief of the INA, therefore, assistance can be given to his family out of the INA fund. As far as I can see, there should be ample funds at our disposal [collected for INA relief] to set aside for his daughter.’ Eventually an amount of Rs.1000 was decided to be sent to Bose’s daughter.

The issue was left hanging and when it cropped up again in 1950, by when Sardar’s hold on systems and issues had considerably weakened, Nehru, fixed a monthly allowance of ‘Rs.285.11’ and asked Patel to send a cheque of ‘Rs.1,715 as six month’s allowance to be deposited with the Indian Consul in Vienna’ who would disburse the amount on a monthly basis. Sardar however insisted that this be an ‘interim maintenance allowance till a final decision in the matter was taken.’ That decision, it appears, was never made.

It is of course hard to explain, nor does Chopra point out, as to why Nehru, the quintessential ‘humanist’ opposed or try to stymie any attempt at providing succour to Subhas Bose’s hapless family which was, then, just about making ends meet in a cold and fatigued post-war Europe. Was it perhaps because Nehru, carrying forward his habit of political-rivalry and one-upmanship with Subhas , was averse to doing anything that might strengthen the latter’s legacy, give his persona and greater legitimacy in independent India and pave the way for his eventual return to the country to resounding acceptance?

Another, larger, unanswered question that also remains is what happened to the actual INA funds, collected over the years by Netaji to create and sustain an army and launch an international military expedition.

Let us leave Sardar aside, in any case he survived only three years beyond independence and these were years of grinding work, ceaseless firefighting and through all of which he was constantly pilloried for his inaction or role in the death of ‘Bapu.’ But it would be interesting to know whether Nehru, who followed Bose’s family and its fortune closely, knew the fate of the original INA funds. In an insightful compilation of documents on Netaji from Russian (Soviet) archives in The Search for Netaji: New Findings, historian Purabi Roy, for example, draws attention to a note sent by M.O.Mathai, Nehru’s trusted lieutenant to the Prime Minister’s secretariat, sometime in late 1954. Mathai’s note read:

‘A small amount of Rs.200/- and odd was received by the Minister of External Affairs from our Embassy in Tokyo along with the ashes of and other remains of the late Shri Subhas Chandra Bose – Sd/- M.O.Mathai, 2.12.1954.’

One would be curious to know as to how of all the reported funds of the INA, only Rs.200/- remained and also to what happened to the ‘ashes’ of Netaji sent back by the Indian embassy in Tokyo. Was Nehru convinced on both counts?

Unlike Nehru, Sardar nearly always struck a different chord with Subhas’s family. Subhas’s supporters, led by his elder brother and confidant Sarat Bose, ‘admired’ Vallabhbhai. In 1945, on release from a long incarceration, Sarat ‘greeted the Sardar of Bardoli as the Sardar of India. It was Sardar who ‘visualised’ Sarat as ‘leader of the Congress’s team in the Central Assembly while displaying ‘special affection to H.V.Kamath’, secretary of Subhas’s party, the ‘Forward Bloc’ and ‘got him elected’ to the Central Assembly. RK Patil, a cabinet minister in C.P. and Berar was asked to get Kamath elected in ‘spite of the opposition of the Chief Minister and the Home Minister of C.P. and Berar.

Yet as was his style, Sardar did not hesitate to state that it did not mean that the ‘stand their leader took or the policy that the Forward Bloc followed in this country was right.’ Similarly Patel was among those leaders, as was SP Mookerjee, who, despite having a great equation with Sarat Bose, roundly rejected his quixotic formula of a ‘united sovereign Bengal’ as they clearly saw how it would jeopardize the future of the Bengali Hindus and perpetually consign them to live under Muslim League majority rule in Bengal.

The question is not whether Patel politically agreed with Subhas or whether he supported his moves. The larger issue is that, unlike Nehru, Sardar had the greatest admiration for Subhas’s conviction and considered his legacy of the INA as a national institution and its members as front-ranking patriots who deserved unconditional aid and support. Deciding to be in the lead, Patel acceded to the demand of becoming Chairman of the ‘INA Enquiry and Relief Committee”. He was deeply disturbed by the plight of the INA personnel in Southeast Asia– “the suffering of our people in Malaya, Burma, Singapore, Bangkok and in the whole of far East Asia…are indescribable…” he wrote displaying a deep concern for his compatriots’ welfare.

Throughout 1946, Sardar coordinated and directed a nationwide movement to provide relief to INA soldiers and their families and through every bit of it his personal concern and deep involvement manifested itself.  In his numerous letters and telegrams of that period, Patel’s concern for the INA members is seen expressed, as when he  telegrammed Sri Prakasa:

“understand from Bengal committee hundreds of INA ill personnel almost penniless arriving from Rangoon Singapore in Calcutta. 25,000 further reported to be arriving in addition…please contact Government of India emphasise they should meet all expenses till all these people reach home. Government responsible for ordinary prisoners reaching home. More so in case of INA ill and other Indians returning from Burma Singapore.”

In her collection of her father’s unknown letters, Manibehn Patel, for example, has devoted an entire section to the INA thus at least recording for posterity his deep involvement in the cause.

‘Sardar Patel was perhaps the only great national leader who took such a keen interest in the relief and rehabilitation of INA personnel. For him patriotism and sacrifice in the cause of the country, irrespective of differences on principles with individuals, deserved the highest recognition. The Sardar’s role in providing relief and succour to the rank and file of the INA…and his strenuous efforts to secure the release of the INA officers and men, are practically unknown. While other leaders are given credit for all this, Sardar Patel’s great contribution is forgotten or deliberately ignored not only by contemporary leaders but also by a group of historians. The magnitude of this monumental task is not fully realised.’

One cannot evade the temptation of making an observation on the recent disclosure that Nehru stooped to snoop on Bose’s family members for over two decades. The perennial ‘family loyalists’ have been quick to point out that the IB reported to the Home Minister, Patel, who must have been in the know and therefore such a disclosure is the maligning of national icons. Some half-baked columnists have also alluded to such an angle.

I argue instead that after 5th March 1948, that is, when Patel suffered his first major heart attack, five weeks after Gandhi’s assassination, result of the grief ‘bottled up in my [his] heart’, his grip on the systems loosened. In any case, Gandhi’s death had altered the balance, as Patel’s biographer Rajmohan Gandhi writes, ‘his [Mahatma’s] going removed the equality and made Nehru the Sardar’s chief. Vallabhbhai’s heart attack and the four months of enforced rest underscored the new relationship.’

Patel, in a sense, never fully recovered from that slide while Nehru’s dominance continued to increase. Interestingly in his memoirs, My Years with Nehru, legendary head of the I.B., BN Mullik, observes how after a particular phase of distrust very early into independence, the Prime Minister wanted that ‘ I should see him as often as possible and at least once a week and report to him direct on all matters of intelligence.” Mullik, as an aside, perhaps to shield himself from posterity, points out that Sardar ‘approved of this arrangement.’ Sardar’s approval could have been due to his own increasing illness, fatigue or/and because of him having to constantly brave a domineering and imposing Nehru who had by now realised that the ‘brake on him was weakening.’ For Sardar, such a phase was often, as he once wrote to CR (Rajagopalchari), a ‘process of mental torture.’

Was the idea, thus, of ‘snooping’ on Subhas Bose’s family a quiet arrangement made between Mullik – I.B. chief during most of Nehru’s tenure – and the Prime Minister who wanted him to report to ‘him direct’? These are questions that can only be comprehensively answered when all is revealed.

Meanwhile let us remember that while Sardar toiled and burnt himself to provide relief and to rehabilitate those who sacrificed their all at Netaji’s clarion call to liberate their motherland, Nehru snooped and reduced Netaji’s  family and legacy to little more than objects of a conjured national threat. Nehru and his legacy had to be of a class apart after all!