Modi’s Cabinet: The Other Names Are Not Quite Important This Time Around 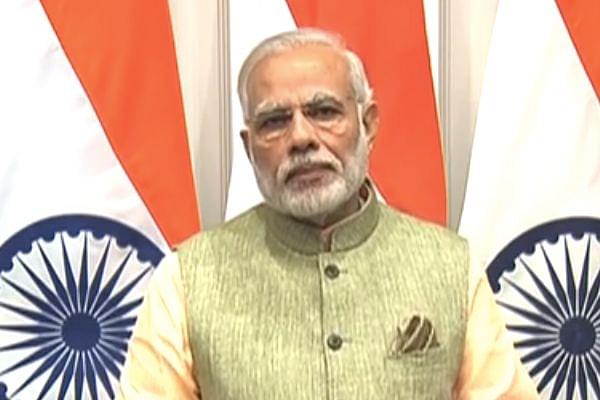 By Friday morning, the list of Prime Minister Narendra Modi’s cabinet will be public knowledge. For the 900 million Indians, there will be, however, only one name that would matter in this list. The men and women who would be enjoined would only be “members” of Modi’s cabinet.

Just as single-mindedly as Modi fought the elections to deliver a massive victory for the BJP, he will now display the same zeal for delivery of public policy. Make no mistakes about it, it makes little sense to figure out mega differences among who is appointed to which ministry. The ministers, in this cabinet, will be even more his “tools of governance” than they were in his last cabinet.

In 2014, Modi was a relative newbie in Delhi, and there were lots of ministers who had an independent stature. Arun Jaitley, Sushma Swaraj, Rajnath Singh, Nitin Gadkari, Venkaiah Naidu, H N Ananth Kumar and Gopinath Munde had the ability to argue their points in the cabinet and did so as well. However, they too quickly fell in line with Modi’s vision as the years progressed.

Just compare the stage now. On Raisina Hill, it is common knowledge that Modi runs most of the critical policy issues in External Affairs, Defence and Home, in possibly that order. Finance was something in which he largely went along with Jaitley’s suggestions. But even there, the removal of both the RBI Governor and the first thoughts on demonetisation came from the Prime Minister.

In this cabinet, now with Jaitley having decided to opt out even if some one like Amit Shah steps in, the Prime Minister’s writ will run very deep. So, every decision, if it is of significance, will carry his imprimatur. The ministers will matter far less than they did last time around. Even though my guess is, no non-political person would be there on Thursday’s first two rows at the Rashtrapati Bhawan forecourt.

The ministers will be expected to work hard, but the programmes they shall work on will be crafted down to minute details by the Prime Minister himself. He will “own” the programmes because that is how he is sure to interpret this mandate as. The public will also largely swing along with this interpretation.

Sure, there would be political ambitions among those sworn in. There are also among them, those who have already made a mark like Piyush Goyal and veteran Nitin Gadkari as well as some others like Prakash Javadekar. Plus, there will be those keen to make their mark like Smriti Irani. But to consider the room they shall have to manoeuvre, consider what has happened so far.

Two central sector schemes that have delivered rural India to Modi are that of provision of toilets and that of rural housing. One can run a quick quiz on who were the ministers of these departments. The delivery was instead achieved by Parameswaran Iyer, Secretary, Ministry of Drinking Water and Sanitation, and Amarjeet Sinha, Secretary, Ministry of Rural Development. The only exception to this pattern is the success of Namami Gange, led from the front by minister Nitin Gadkari.

The positions to watch out for, therefore, are those of secretaries. The appointments will tell plenty about how significantly they figure in Modi’s plans for this government. To quite an extent, this is something which had become the norm in the states run by powerful chief ministers. It will now be institutionalised in the Centre too.

Over the next few days, as the list of secretaries is reshuffled, investors and analysts should fix their attention there. Each of those officers will be those who will have been groomed by the Prime Minister for the role they shall play now, unlike their nominal political bosses. Their talent and their ability to run a vast team which is what any Government of India ministry is, will be available on the desk of PM Modi.

He has already made it a norm that secretaries will get a term of at least two years in their posts to give them time to deliver on projects. It was considered impossible till a few years back, but thanks to some visionary retired and serving officers, the rejig was made possible.

The action has shifted to the level of joint secretaries, where each of them now under go a 360-degree profiling. And that process has become intense, which is why appointment to posts take time and come in a bunch.