Whoever Wins On 11 March, Beware, UP Is A Big, Big Mess 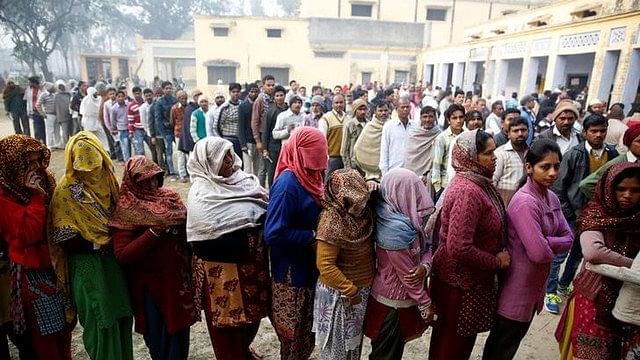 The anti-corruption movement of Anna Hazare and Baba Ramdev and the development-focused election campaign of Prime Minister Narendra Modi in 2014 has changed the electoral discourse of the country for decades to come. In my book, Uttar Pradesh Vikas Ki Pratiksha Mein (Uttar Pradesh waiting for development) I have documented how the state is struggling with poor power supply, bad roads, pathetic law and order condition, poor education and lack of employment. Who is responsible for this pathetic condition of Uttar Pradesh? The political class of the state is so focused on identity politics that it cares little for the state’s development.

India’s population is mainly young and Uttar Pradesh is no exception. To exploit this demographic dividend, we need the youth to be engaged in meaningful employment, entrepreneurship or research. For employment, the state needs a vibrant industry. Speaking at a business conference organised by the Centre for Public Policy Research (CPPR), at the Indian Institute of Management, Lucknow, Anil Gupta of Indian Industries Association said when Mayawati was chief minister, it was very hard to meet her to discuss the problems related to industry. But while the current chief minister, Akhilesh Yadav, is very approachable, he too did nothing.

In the ease of doing business rankings of states, a joint endeavour of the Department of Industrial Policy and Promotion and the World Bank, Uttar Pradesh was placed tenth in 2015; in 2016, its position slipped to fourteenth. This coupled with bad law and order conditions, entrepreneurs are not enthused about setting up or expanding industry in Uttar Pradesh.

If a state does not have a good industrial and entrepreneurial environment, the youth will want to migrate to greener pastures for jobs. For that they need the right education and skills. Unfortunately, Uttar Pradesh fails them in this as well. According to the ASER report by Pratham, not even 35 per cent of the fifth grade children in Uttar Pradesh can read a Hindi text meant for the second grade. In higher education, 50 per cent of the engineering seats in the state still go empty, as there are no proper job placements, research or entrepreneurship initiatives by Uttar Pradesh Technical University (UPTU).

On the skill building side, the Uttar Pradesh Skill Development Mission (UPSDM) is better known for non-payment of dues to training partners, and the only thing it can boast of is its IIM-Ahmedabad and Cambridge-returned minister, Abhishek Mishra.

The availability of high quality uninterrupted power is another requirement for industries to function smoothly. According to Alok Pratap Singh, a power sector expert who worked with the Uttar Pradesh State Electricity Board (UPSEB) for a decade, the connected load of the state is around 50,000 MW. But since the state has not been getting 24X7 power supply for decades, no one knows the real requirement of the state. Different estimates put the state’s requirement at around 25,000 MW of power, but Uttar Pradesh produces just 2500 MW. It buys electricity, but this still fall short of anything between 5000 MW to 9000 MW. Unfortunately, successive governments over the last 15 years have done little to bridge this gap; instead they have been more interested in preparing the rosters for power-cuts on the basis of their voter base.

All that comes to mind when one talks of the public health delivery system of the state is the National Rural Health Mission (NRHM) scam during Mayawati’s tenure, which is marked by the murder of chief medical officers and siphoning of huge amounts marked for the health mission through fake bills.

Yes, there are some counts, where Uttar Pradesh is number one. National Crime Record Bureau (NCRB) data show that Uttar Pradesh is number one in many crimes, especially those against women. The sensational rape and assault incidents at Badaun, Bulandshahar and Bareilly paint a very unsafe picture of the state. With such a record, Akhilesh Yadav’s tall claims of a 1090 women helpline look very hollow.

The poor state of law and order also affect the business environment. Because of multiple cases of theft and assaults on courier delivery agents, many e-commerce companies don’t deliver products of high value in Uttar Pradesh and also hesitate to exercise the cash on delivery option in the state.

In its manifesto, Akhilesh Yadav has claimed that his government completed the 300-km Agra-Lucknow expressway and the 8-km Lucknow Metro in record time. However the Allahabad High Court in a 9 February 2017 order has asked the chief minister and the Samajwadi Party to refrain from false declarations as both the projects are not completed and still not commissioned.

Poor governance and the abysmal development indices of Uttar Pradesh still keep it under the age old BiMaRU (diseased) tag, even as Rajasthan and Madhya Pradesh have successfully moved themselves out of this label. Uttar Pradesh is going through a fierce triangular electoral contest. Five phases of voting are over and two more phases remain. The results on 11 March will be crucial for the people of Uttar Pradesh who are eagerly waiting for it to develop and exploit its full potential.

Shantanu Gupta, is the founder of a leading youth-based organisation, Yuva Foundation, working on spreading awareness on policy, politics and social issues among youth. His book, Uttar Pradesh Vikas Ki Pratiksha Mein, has been published by Bloomsbury.