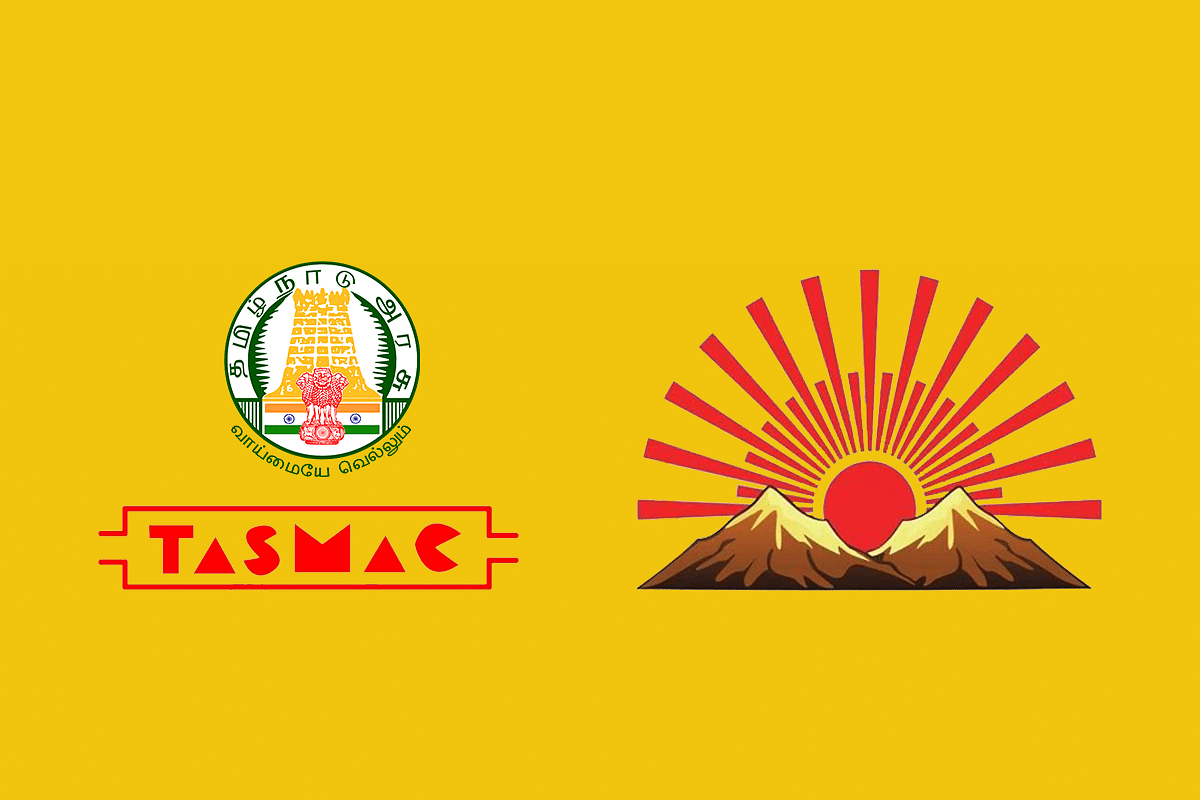 Is there a link between SNJ-TASMAC and DMK?

The Times of India reported that two firms SNJ Distillers and Kals Distilleries were victims of income tax raids in the last few days. The allegation is that these two companies had hidden some Rs 1,000 crore of income.

In normal circumstances, this is seen as a routine development, wherein the Income Tax (I-T) Department has searched the premises of firms that have resorted to various means to hide their taxable income.

But a report in Kumudam Reporter said that the raids and seizure were giving sleepless nights to the Dravida Munnetra Kazhagam (DMK) and its president M K Stalin.

Why should the raids and seizure of unaccounted money worry them?

The answer lies in the rapid rise of S N Jayamurugan, chairman and managing director of SNJ Distillers, and his connection with the DMK and its dominant family.

But his fortunes went uphill after he produced two films — Uliyin Osai and Penn Singam — scripted by late M Karunanidhi, former chief minister and the then DMK chief.

Both films bombed at the box office but the release of Uliyin Osai paved the way for the rise of Jayamurugan’s prosperity.

It was in 2008 that SNJ Distillers launched its operations and got a licence to manufacture IMFL.

Today, SNJ accounts for over 25 per cent of the liquor sold through TASMAC outlets. The company also exports its products.

In 2010, a report in The Times of India said that SNJ Distillers was among the five firms that were allowed to set up breweries in Tamil Nadu by the then DMK government headed by late Karunanidhi to meet “growing demand”.

During the search operations, the I-T Department also found out that Jayamurugan had registered 912 shell companies that were ‘operating’ from a single building. By changing the old and new number of his building, these shell companies were created and registered with the Registrar of Companies. Fake documents were also used for the purpose.

During the search operations, the I-T officials found overseas transactions running into crores of rupees. It is alleged that all this was black money and the transactions have been carried out in the name of a very very important person (VVIP) in Tamil Nadu.

Kumudam Reporter is linking the rise in Jayamurugan’s fortunes with production of the films scripted by late Karunanidhi to point out that no guesses are required on who the VVIP could be. This, the journal says, has the DMK and its top leadership worried.

The DMK has had a smooth ride since January 2017, particularly after the death of former chief minister J Jayalalithaa in December 2016.

It had been able to control the narratives in Tamil Nadu’s mainstream media that helped it to romp home in the Lok Sabha elections held in May, winning all but one seat.

However, things have begun to turn against the party now.

First, Ananda Vikatan, another Tamil journal, called the DMK as ‘Dravida Munnetra Corporation’ since it was being managed by, what the journal reported, DMK chief Stalin’s wife Durga, son and Youth Wing president Udayanidhi and son-in-law V Sabareesh.

Now, the Kumudam Reporter report has caused fresh concerns. One has to watch out if the Tamil Nadu media-DMK honeymoon has got over.