Why Is This Mumbai Man Who Spoke About Harassment On Diwali Being Vilified As A Liar? 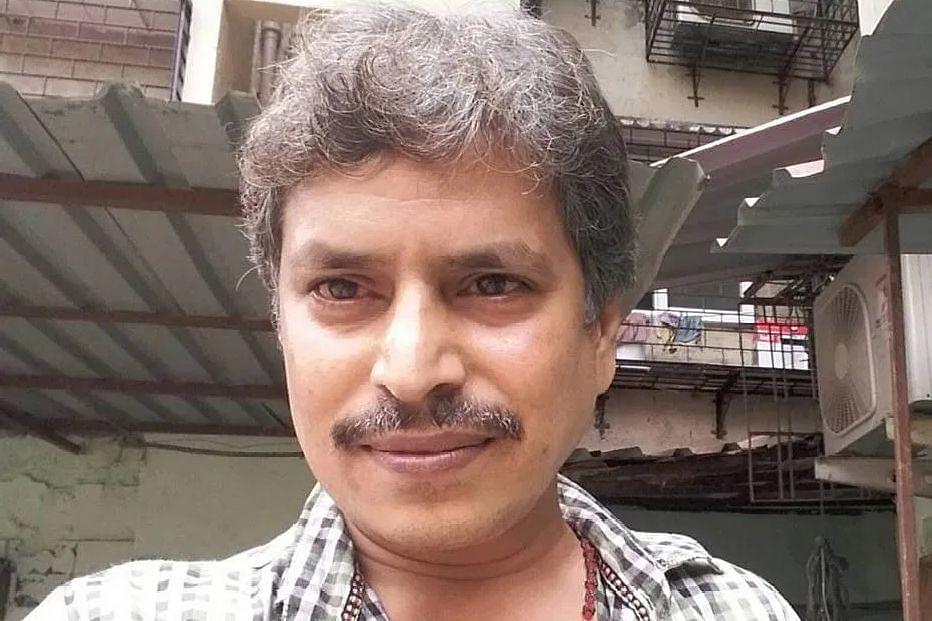 “An actor in Mumbai has claimed that he was not allowed to celebrate Diwali in the Muslim-dominated area where he lives, but the police today said the matter had no "Hindu-Muslim" angle to it”, said a recent report by the Press Trust of India (PTI).

The report, which was picked up by a number of publications including The Times of India, NDTV and News18, was about a Mumbai man who complained to the police that his neighbours in his largely Muslim colony prevented his family from celebrating Diwali “like every year”.

For a large section of the media, the matter began and ended with the police dismissing any communal motivations in the incident. The complainant, Vishwa Bhanu, directly or implicitly, has been branded a liar.

These are headlines of a few reports on the police statement:

The reports suggest that the police based their dismissal on conversation with the men that Bhanu have accused in his statement. Most publications using the police statement in the headlines did not care to reach out to Bhanu for his version or reaction.

Bhanu tells Swarajya that he feels “cheated” by the police and is pained by the “media trial”. “There is nothing in my statement that is a lie. If it’s a Muslim colony, I will call it a Muslim colony. Why am I being called communal for stating my facts?” he asks.

Bhanu’s voice has not found much space in the media. On the contrary, police’s dismissal of his version has.

The man must be heard. Let’s begin by understanding what the case is all about.

Around 11.30 pm on 26 October, which was a day before Diwali, Bhanu posted this on his Facebook profile:

I am living in a Muslim society in Mumbai Malad Malwani and like last year this year too people of the society start arguing with my wife on lighting up her house today. They were not allowing my wife to lighting up and making a rangoli on the gate outside the house. They destroyed the lights and the crowd forced me to remove the lights.

Bhanu also went to the Malvani Police Station the same night to complain about the incident. The police filed a non-cognizable report against one Saleem Nizamuddin Shekhu. The report states that when his wife Priyanka put up electric lights outside the house, his neighbour asked her to remove them as they were giving electric shocks. He also verbally abused her.

Bhanu tells Swarajya that he reached the police station at around 11 pm, almost two hours after the incident. The police first made him wait for an hour and then hurriedly filed an NCR. “They ignored most of what I told them and went on to write only three lines and name of only one accused. They asked me to give a detailed written complaint the next day,” Bhanu says.

The next afternoon, the police themselves called him up saying his Facebook post has created a storm and he must come to the police station immediately. He reached the station post noon where the police verbally scolded him for posting the matter on social media and tagging Prime Minister Narendra Modi. Bhanu says he had no option but to bear with the police’s scolding. He also handed them his written statement, which reads (as translated from Hindi by Opindia.com):

Like every year, my wife Priyanka Sharma has been prevented from lighting candles and making her Rangoli on Diwali. Anti-social elements who live in the society, where Rehan Petiwala, Salim and Mustafa broke the lights. Every year they do this and even mock our God’s and Goddesses. On Bakra Eid, they force us to keep our door open and they slaughter goats in front of our house when they can do this elsewhere also. But I never said anything because it is their festival. Because we are Hindus, we are mocked, pressurised and a situation is being created that we will soon leave the area. For small things, they come to fight with us. I am mostly away for shooting and am concerned about my wife.

From the above, one infers that Bhanu, a Hindu, lives in a Muslim-dominated residential area where some of his Muslim neighbours have been routinely harassing him on festivals, in what he suspects is a bid to drive him out of the area.

Bhanu says that on 27 October evening, a team of police officers led by Jagdev Kalapad, senior inspector at Malvani Police Station, reached his colony. “The police talked to us all. They scolded me for taking the matter to social media and scolded my neighbours for harassing me. They told them there would be consequences if they bother me in the future. Then they made me post on my Facebook that the matter has been sorted mutually.”

Bhanu, however, was in for a shock. The next day, he saw several news reports that Kalapad has called him a liar.

Bhanu refutes several points made by the police to the media.

One, the police claim of only five-six Muslim families staying in his residential society reported in The Lallantop is wrong, he says. “The society has 30 flats out of which 24 are owned by Muslims. At present, only four flats have Hindu residents. Two are landlords and two are tenants,” he says. He shared the following picture of his residential society as proof.

Two, the police’s conclusion that it is not a Hindu-Muslim matter is wrong, he says. “We feel constantly targeted for our identity. We are harassed on our festivals. The claim of our electric bulbs giving shock was exaggerated and an excuse to harass us. We have experienced it long enough to know it. Who is police to dismiss what we feel,” he says.

He elaborates, “their children refuse any food from us, telling us they have heard we mix urine in all our cooking. On Bakr-Eid, they knock at our door and when we open, they proceed to slaughter the goat right in front of our house. When my wife makes rangoli, those men watch her from their rooftops and pass snide remarks. They say, ‘mast bana rahe hain bhabhi. Hard bahut hard'. We may not be able to prove it in a court of law but my wife can sense the harassment in those remarks. We, however, ignored it all and never took it to the police.”

“We have to live amid them after all,” says Bhanu, who purchased his house more than a decade ago. At that time, no community was in an overwhelming majority in the society, he says.

Three, the police’s statement that his neighbours only asked him to put up the lights higher up is wrong. “They [neighbours] made up the claim that the lights were giving shock and forced us to remove them altogether. They gathered a crowd to intimidate us. As I stated earlier, the claim of electric shock was just an excuse to prevent us from celebrating,” he says.

Bhanu says that Kalapad told him privately to not escalate the matter as such incidents could spark off communal violence in other parts of the country. “I nodded and said I will fully cooperate with you. Little did I know he would call me a liar later,” Bhanu says.

"The police say I lied. Can they tell me what exactly I lied about?” he asks.

Bhanu rues that the media has selectively quoted the police to vilify him as a liar. He recently accused a portal, The Quint, of misquoting him and wrongly labelling him a “leftist-atheist”.

He says after such reports, he received a call from the office of Farhan Akhtar and Ritesh Sidhwani-owned Excel Entertainment that he works for, asking him to remove all references on social media of his employment. “I did nothing wrong, but I am worried I could lose my job only for speaking up,” he says.

Looking at the case from Bhanu’s eyes, it appears that he has become a victim of journalism that is shoddy and lacks nuance and the police’s propensity to play down communal incidents.

After all, the media harping on the police’s dismissive statement is, least to say, amusing. Is there any case which the police have admitted as a “Hindu-Muslim matter”? It’s a norm for the police to refrain from labelling matters as communal or “Hindu-Muslim”.

Take the recent case of heavy brick-pelting on a Durga puja procession in Uttar Pradesh’s Balrampur district. While IPC sections 153a (promoting enmity between groups) and 295a (outraging religious feelings) were invoked against stone-pelters, the Balrampur SP told the media that it was simply a “dispute over route”.

Moreover, the police based their dismissal on the accused’s statement. Did the police or the media really expect the accused to say that they entered into a dispute with Bhanu because he is a Hindu?

The same, in fact, can be said about the establishment media’s coverage as well. There is a pattern to how the media treats cases like Bhanu’s, that go against the kind of victimhood narratives carefully woven all these years.

Swarajya has documented on several occasions that in the minority-on-majority atrocities, the first instinct of the media is to ignore, second is to call the case an exaggeration and third is to brand the victim as liar, usually based on police or neighbours’ statements.

Here are a few examples:

Bhanu's case bears a close resemblance to these cases, but once again, the establishment media has come together to hush it up.

The question is, how many Bhanus will they brand as liars?