Why It Is Time To Assert Our Swarajya 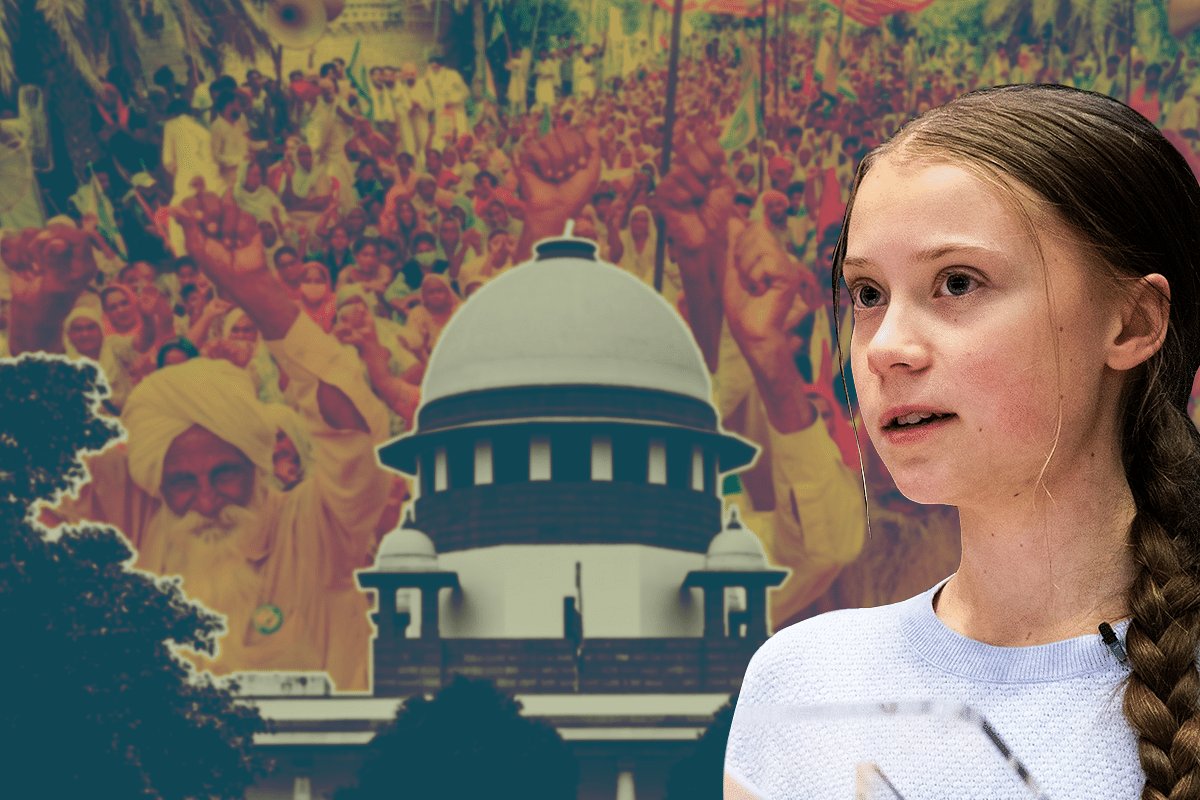 Thanks to Greta Thunberg’s naivete, we now know the conspiracy that has been hatched by groups.

It is 2021, and Swarajya magazine is compelled to talk about Swarajya — which was achieved in 1947 after a prolonged struggle. The reason for establishing our own government was to get adequate representation and ensure that the government of the country worked in the interest of the people of our country and not foreign governments.

It is important to note that several leaders were responsible for India’s freedom struggle, including revolutionaries such as Bhagat Singh, Sukhdev, Rajguru, Subhash Chandra Bose and his INA colleagues, and of course, the Indian National Congress.

The struggle was to ensure that the people of the country could choose a government which will act in accordance with a constitution which would be later accepted.

It is therefore puzzling, that in 2021, the very same Indian National Congress is comfortable, rather joyous at the prospects of foreign influence in determining policies for the people of the country.

This reveals the sad state of affairs of the grand old party which will only find itself further marginalised as it sits silently and enjoys this conspiracy to disregard the authority of Parliament of India.

Let it be known that the present government enjoys no less than 303 seats in the Lok Sabha after winning an election in 2019 — and that this mandate will remain until 2024. The blatant attempt to prevent the government from functioning by blocking roads of our national capital territory is an attack on our democracy.

In any democracy, people have the right to protest, but they cannot be given the right to disrupt. The present farmer protests disrupt and this is why they are an assault on the parliamentary procedure.

There are two choices to deal with resentment against laws — first is to protest, engage with the government and seek a solution, the second is to wait for the next election and bring in a government that would change the laws.

In the case of a protest, it must be peaceful and which does not infringe on the rights of others. The present protests are not just disruptive in nature but they ceased to be peaceful on the 26 January 2021.

Despite the violence, government allowed the demonstrations to continue even though local population disapproved of the protests due to the massive inconvenience that was caused — yet the area has not been cleared.

However, despite the maximum possible restraint exercised by the officials along with repeated attempts to reach out to farmers, those leading the protests have no intention of finding a solution. The reason is because all of this was political in nature from the first day — which is why Rakesh Takait, who had supported the bills earlier decided to do a U-turn suddenly.

What has now emerged is that the protests are a part of a well-funded larger international plan to create disturbance across the country — and that the leaders of farm unions have willingly participated in this controversial game plan.

No farmer would participate in a protest to undermine India and ask for foreign forces to pressurise the government — yet the farm unions have done precisely this.

We must thank Greta Thunberg for helping us see the reality — thanks to her naivete, we now know the conspiracy which has been hatched by special interest groups. We must also thank them for helping the country come together, just as it did before when there were attempts by foreign powers to influence our domestic decisions.

The government should take note of this and ensure that all those foreigners found as a part of this havoc are prohibited from entering India without prior permission from Ministry of External Affairs.

It must express displeasure at these occurrences, and seek cooperation from the ambassadors of various countries in tracking the financing of these protests.

However, what the government does — or does not do is completely up to them. What we should do is ask ourselves a simple question; if there were genuine concerns of the farmers then why would they hatch such an elaborate conspiracy with international influences?

It is about that that we as a country should come together and cherish our independence which was obtained after enormous sacrifices by many.

Allowing foreign governments to influence our domestic policies by arm twisting and such woke social media activism will be a great disservice to our hard won freedom.

As far as Congress is concerned, this is not the first time they are seeking help from foreign powers to help return to power.

This Congress is such a disgrace and it bears no resemblance to the party that fought against foreign rule in the country. We must view Congress for what it is, a party that is no longer interested in the national interest but is merely looking after the interests of a family and their sycophants.