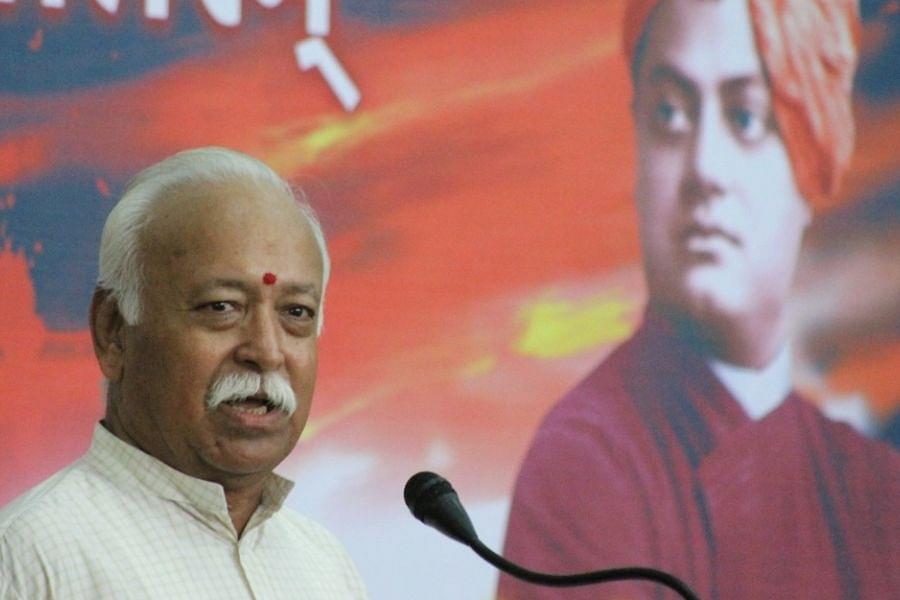 Mohan Bhagwat, the RSS Sarsanghachalak, has been criticised and trolled for saying that Hindus and Muslims of India share the same DNA. Yati Narsinghanand Saraswati, the priest of the Dasna Devi temple in Ghaziabad, Uttar Pradesh, even went to the extent of saying that 'perhaps Bhagwat had the DNA of Aurangzeb but ‘not us''.

What Dr. Mohan Bhagwat said comes from a position of strength while statements like that of Yati Narsinghanand reveal fear and frustration, despite the veneer of bravado they may exhibit.

Genetic purity, like cultural purity, is a myth. The search for, and attempts to forge, such purities, often result in suicidal movements like the Dravidian movement in Tamil Nadu. This ideology, in its search for 'pure Tamil', actually killed the spirit and genuine flow and growth of the Tamil language.

We share our DNA with not only fellow religious groups and national groups but with our extinct evolutionary hominid cousins and with Neanderthals too. If the charting of human evolution that has been painstakingly put forth through pieces and fragments of discoveries and DNA analysis is right, and there is no reason to doubt it, then we are all Africans. In fact there is no such thing as 'Indian DNA'.

Dr. Bhagwat is right in saying that Muslims and Hindus in India share a common DNA.

The Muslims of India are mostly converts from Hindu society, for various historical reasons – mostly for survival and power. In the modern context though, the reasons stated for conversion include 'Islam being a more egalitarian religion', even though it was as socially non-egalitarian as any other religious-legal system of the pre-modern period.

(The 'egalitarian nature of Islam' like the 'anti-caste character of Buddhism' is a later invention, but some good-hearted Hindu reformers even used that argument to accelerate reforms in Hindu society).

The point is that most Muslims in India, Afghanistan, Pakistan and Bangladesh share common ancestry with Hindus rather than with Muslims of Arabia.

Stressing the common origin of Muslims and Hindus in India is an important way of reaching out to the Muslims. Hindutva is not an exclusive ideology. It is an inclusive national vision. A Hindutvaite does not want an Indian Muslim to be treated as a second-class citizen. Rather, he sees him as vulnerable to exploitation by forces of monopolistic expansion.

India perhaps has more mystics of Islamic origin than the rest of the Islamic world put together. In the RSS daily morning prayer, Kabir and Ras Khan have been venerated by scores of swayamsevaks, from Kashmir to Kanyakumari, for decades.

And this is not to the usual Sufi-opiate of the Nehruvian variety. There have been aggressively proselytizing Sufis and then there have been ones like Bulleh Shah to whom is attributed the famous verse 'Agar na Hote Guru Gobind Singh Sunnat Hoti Sabki'. Even in the 20th century, in the face of rising Islamist aggression, we saw Yogi Allah Yar Khan standing against it in an inspiring way.

Shirdi Sai Baba is worshipped in many Hindu houses despite a few obscurantist voices protesting the practice in recent times. Hazrat Babajan, a Muslim woman saint, was buried alive by fundamentalists in Afghanistan. She escaped and found asylum in the so-called 'Brahminical' Pune.

By emphasizing the Indic nature of the ethnic, cultural, and social roots of Muslim Indians, Dr.Bhagwat is calling them (and quite a number of Hindus also) to free themselves from artificial prejudices and limitations imposed by religious doctrines. He is asking them to come together through commonness and not to alienate themselves into ghettos through concessions to fundamentalist leadership of political Islam.

A call for liberation is not appeasement.

Unfortunately, a new generation seems to be coming up infected with what can be called the ‘Goel-Elst’ syndrome. To be clear, this syndrome has nothing much to do with either Sitaram Goel or Koenraad Elst. Both intellectual giants contributed immensely to the awakening of Hindu conscience among Anglophone Hindus, who otherwise would have been consumed by the glitterati of Marxism and Nehruvianism.

The new keyboard warriors, without the kind of dedication and hard-work that consumed the lives of Goel and Elst, have only imbibed their criticism for the Sangh and transformed that into hatred. And sometimes this hatred even turns towards Dr. Elst, when he states the secular humanist truths which cannot be digested by fundamentalists, irrespective of their variation in DNA - genetic or memetic. Then, Dr. Elst is labelled a 'white racist.'

Even at the height of the Ayodhya movement, the significant contributions of Elst and Goel remained contained within a small group.

Today, we have webinars and courses on Sita Ram Goel and Ram Swarup. This is because the political milieu has changed. That change came from the works of millions of nameless swayamsevaks. They slept on railway platforms and bus stands; they cycled through the hot sun and torrents. If fortunate, they got heckled. If not, they got hacked.

And yes, in the morning they venerated Kabir and Ras Khan along with Thyagaraja and Basavanna; Ambedkar and Gandhi along with Savarkar and Shivaji.

And standing on their sacrifices and the silent tears of their families, we speak of our new found 'trad-wokism' and we damn them as fools.

The thrill of adrenaline one derives from hatred, however informed that hatred may be, is not the joy of Dharma.

That is why Dara Shukoh, who definitely shared a lot of DNA with Aurangzeb, is dearer to Hindutva than Mirza Raja, a Hindu who tried to trap Chhatrapati Shivaji for the Mughal tyrant.