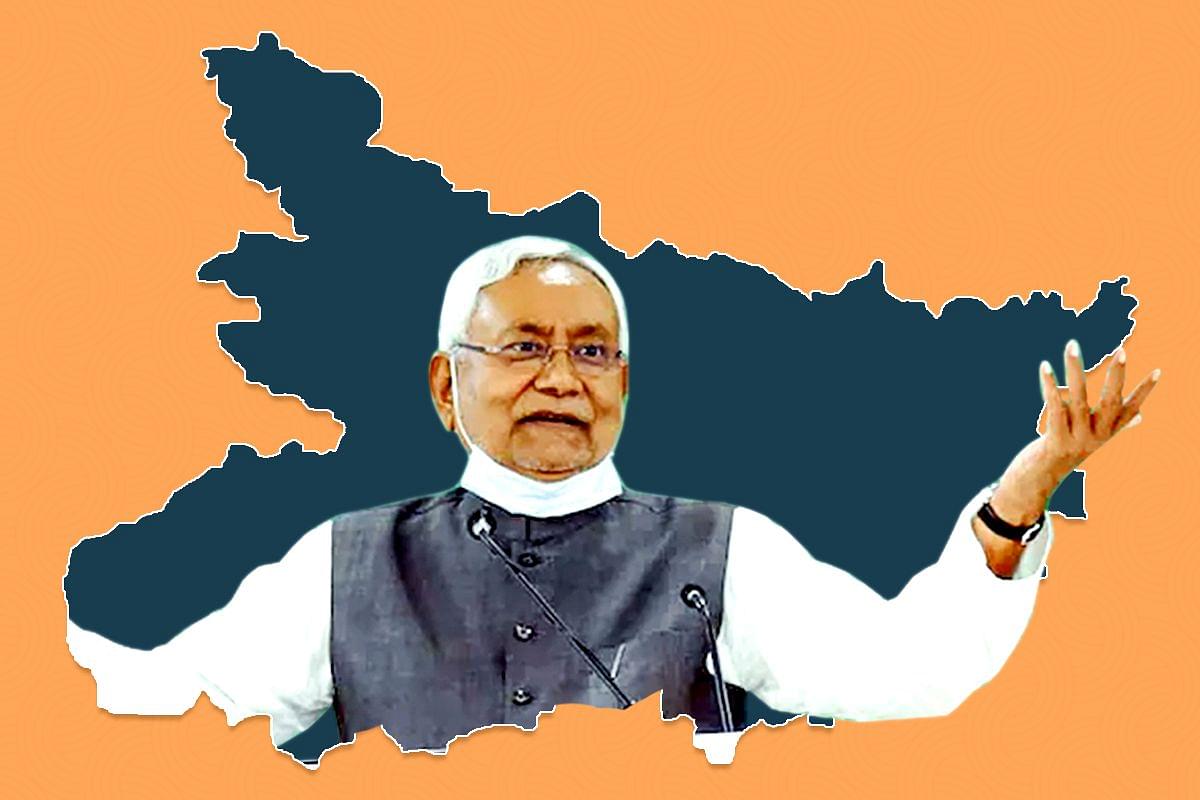 Bihar Chief Minister Nitish Kumar has now devoted himself to fulfilling his long-cherished dream of becoming the prime minister of the country. But that dream will remain just that: a pipe dream.

The reasons for Kumar’s ambitions not bearing fruit are many, and the prime among them is the impossible goal of forging a broad anti-BJP (Bharatiya Janata Party) front that includes not only all regional parties, but also the Congress and the Left.

But even before Kumar embarked on his trip to Delhi, Telangana Chief Minister and Telangana Rashtra Samithi (TRS) president K Chandrasekhar Rao provided a stark reality check to his Bihar counterpart.

Rao, known more popularly by his initials ‘KCR’, visited Patna last week to talk to Kumar on forging an anti-BJP and anti-Congress front. KCR believes that such a ‘third front’ has a good chance of doing well in the 2024 Lok Sabha polls.

KCR believes that the Congress has lost credibility and the BJP suffers from anti-incumbency. Hence, according to KCR, a ‘third front’ comprising regional parties stands a good chance of winning a sizable number of Lok Sabha seats in 2024, and forming the government at the federal level.

The Telangana Chief Minister also fancies himself as the leader of such a front and, thus, a prime ministerial candidate. That puts him in direct confrontation with not only Kumar, but also other provincial leaders like Bengal Chief Minister Mamata Banerjee and Pawar.

The disagreement between Nitish Kumar and KCR over the ‘third front’ spilled into the open in Patna when Kumar publicly disagreed with KCR and said the Congress and the Left have to be an integral part of an anti-BJP front.

Kumar is not really trusted by many Opposition leaders who believe that he can ditch them and forge ties with the BJP once again if it suits him.

“We do not trust Nitish Kumar. He is too much of a turncoat and has no political morals. He can backstab anyone anytime for his selfish political interests,” a senior Trinamool leader who is also a Lok Sabha MP told Swarajya.

Another strong indication that Kumar’s efforts to forge opposition unity and emerge as a common opposition candidate for the Prime Minister’s post will not bear fruit came from the Trinamool Congress soon after he emerged from his meeting with Rahul Gandhi on Monday.

The Trinamool said it will maintain a distance from Kumar and his JD(U), and reiterated its stand that a rainbow coalition of opposition parties (including the Congress and the Left) is not feasible.

This statement from the Trinamool is borne out of its own experience: Banerjee’s failed experiment to bring together regional parties and also position herself as a prime ministerial candidate.

After Banerjee’s strenuous efforts fell flat on their face, the Trinamool’s present stand is that regional parties should concentrate on taking on the BJP in their own turfs and winning a maximum number of seats in their states in order to deny a majority to the saffron party in the 2024 polls.

If that happens, explained a Trinamool Rajya Sabha MP, the regional parties can come together and form the government with support from the Congress and the Left if required.

Yet another reason for Kumar’s efforts being destined to fail is that his party is not likely to win a sizable number of Lok Sabha seats from Bihar.

In the 2014 Lok Sabha elections, which the JD(U) contested in alliance with the RJD against the BJP, Nitish Kumar’s party won only two seats. The JD(U) ditched the RJD in 2017 and rejoined the NDA.

The BJP, which had won 22 seats of the 40 Lok Sabha seats in Bihar in 2014, magnanimously allotted 17 seats to the JD(U) in 2019. Prime Minister Narendra Modi and other top BJP leaders campaigned extensively for the JD(U). That’s why the JD(U) won 16 seats that time.

But the JD(U) will once again contest the 2024 Lok Sabha polls in alliance with the RJD. And the results in 2024 are likely to mirror that of 2014.

That’s because Kumar has lost a lot of his earlier sheen and suffers from rising anti-incumbency which is expected to peak by 2024. His sushasan babu image has taken a severe beating and his lacklustre performance as the Chief Minister is now getting exposed.

Bihar, despite being ruled by Kumar for nearly 17 years, continues to lag behind almost all other states of the country in most development indices. Bihar’s economy wallows at the bottom of the pile, and it continues to be wracked by severe poverty and unemployment.

Kumar has failed miserably in attracting private investments and improving the economy of his state. Bihar lags behind all other states in education, healthcare, sanitation, infrastructure development and employment generation.

Because of all these factors, the JD(U) is not likely to win a decent number of seats from Bihar in 2024. And that will scupper any hope that Kumar holds of emerging as the opposition’s prime ministerial candidate.

Other regional or provincial parties — the Trinamool Congress, TRS in Telangana and the YSRCP in Andhra Pradesh — are most likely to win many more Lok Sabha seats than the JD(U) in 2024. That will dash Kumar’s dream of becoming the opposition candidate for the prime minister's post.

The JD(U) also has zero chances of winning even a single Lok Sabha seat outside Bihar. It had a presence in Arunachal Pradesh and Manipur, but suffered a severe setback in both these states recently.

The BJP, angry over being double-crossed by Kumar, is sure to deploy its full might against the JD(U) in Bihar.

Kumar also has to contend with RJD crown prince and Lalu Yadav’s son Tejaswi Yadav waiting impatiently in the wings to take over the chief ministership. The RJD, knowing fully well that Kumar has no options before him now, is unlikely to allow him to continue as the Chief Minister after the 2024 Lok Sabha elections.

The 2024 Lok Sabha polls are, thus, most likely to sound the political death knell for Nitish Kumar. Instead of propelling him to the post of the prime minister, the 2024 elections will turn out to mark his political burial.