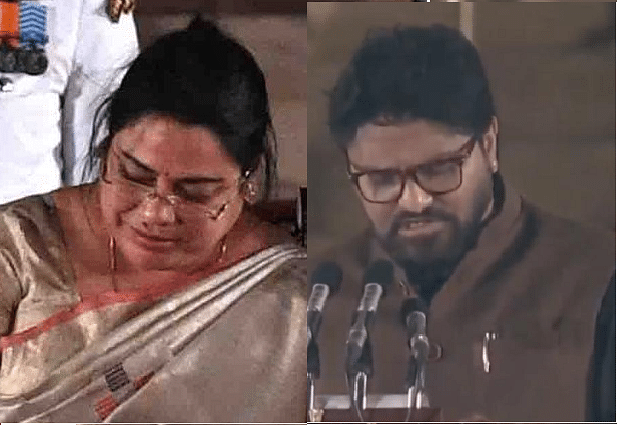 The inclusion of just two of the 18 newly-elected Lok Sabha MPs from Bengal in the Council of Ministers triggered murmurs of discontent within the state unit of the BJP and grumblings among some party karyakartas. Some within the party felt that after the tough electoral battle in Bengal and the creditable performance of the BJP MPs, at least two to three more of them should have been awarded berths in the Council of Ministers that was sworn in on Thursday evening.

But the decision to not include more MPs from Bengal in the Union Council of Ministers makes eminent political sense. Bengal, under an increasingly desperate Mamata Banerjee, will witness a lot of turmoil and bloodshed in the months ahead. Banerjee will unleash her party goons and the pliant police — that behaves and acts like the Trinamool militia now — on BJP workers and functionaries. BJP cadres will be intimidated, attacked and even killed, many will be arrested on false charges, and their homes and properties will also be targeted.

Under such circumstances, it is imperative for the BJP state leadership to keep up the morale of the party cadres and protect them. The party leadership has to ensure that it stands beside the workers and functionaries who bear the brunt of the Trinamool’s anger over the ground slipping from beneath that party’s feet. The party leadership has to render help to the cadres to legally fight the many false cases they will be facing. And in all this, the continued presence of the newly-elected MPs from Bengal in their respective constituencies is crucial.

The presence of the MPs will boost the morale of the party cadres and give them the strength and courage to withstand the Trinamool’s attacks. An MP is an integral constituent of an important pillar of democracy and enjoys a special status. Thus, it is imperative that the 18 BJP MPs from Bengal stand with the party workers in the difficult days ahead and spend the maximum amount of time in their respective constituencies. The Trinamool will do all it can to subjugate the BJP in the areas where the party has done well, that is, in the 18 Lok Sabha seats that BJP has bagged.

Had more MPs from Bengal been included in the Union Council of Ministers, they would have been bogged down by the ministerial responsibilities and would not have been able to devote the maximum amount of time and attention to their constituencies. That would have proved counterproductive at a time and juncture when the BJP has to push with all its might to dislodge the Trinamool from power in 2021. And as Union ministers, they would be bound by a certain amount of protocol and decorum that would be a hurdle in staging a tough political fight against the Trinamool.

There is another aspect, and an important one, that needs to be kept in mind here. Unlike the practice in other parties, ministerial berths are not considered in the BJP as rewards to be handed out to victorious MPs. Except the Asansol MP Babul Supriyo (who has been made MoS) and Bardhaman-Durgapur MP, S.S.Ahluwalia, the rest of the 16 MPs from Bengal are first-timers. They need to learn the ropes first before being made ministers. And, as mentioned before, since ministerial responsibilities will hinder them from standing shoulder-to-shoulder with their party functionaries to face growing attacks from the Trinamool, it is wise that they have not been made ministers.

Unseating Mamata Banerjee from power is a prerequisite for taking Bengal out of the rut it has fallen into since 1977 when the communists came to power. The BJP has dedicated itself to this task and, thus, it has to give all it has, and more, to achieve this. Making more new MPs ministers would have distracted the state unit of the party, and the MPs themselves, from this task.