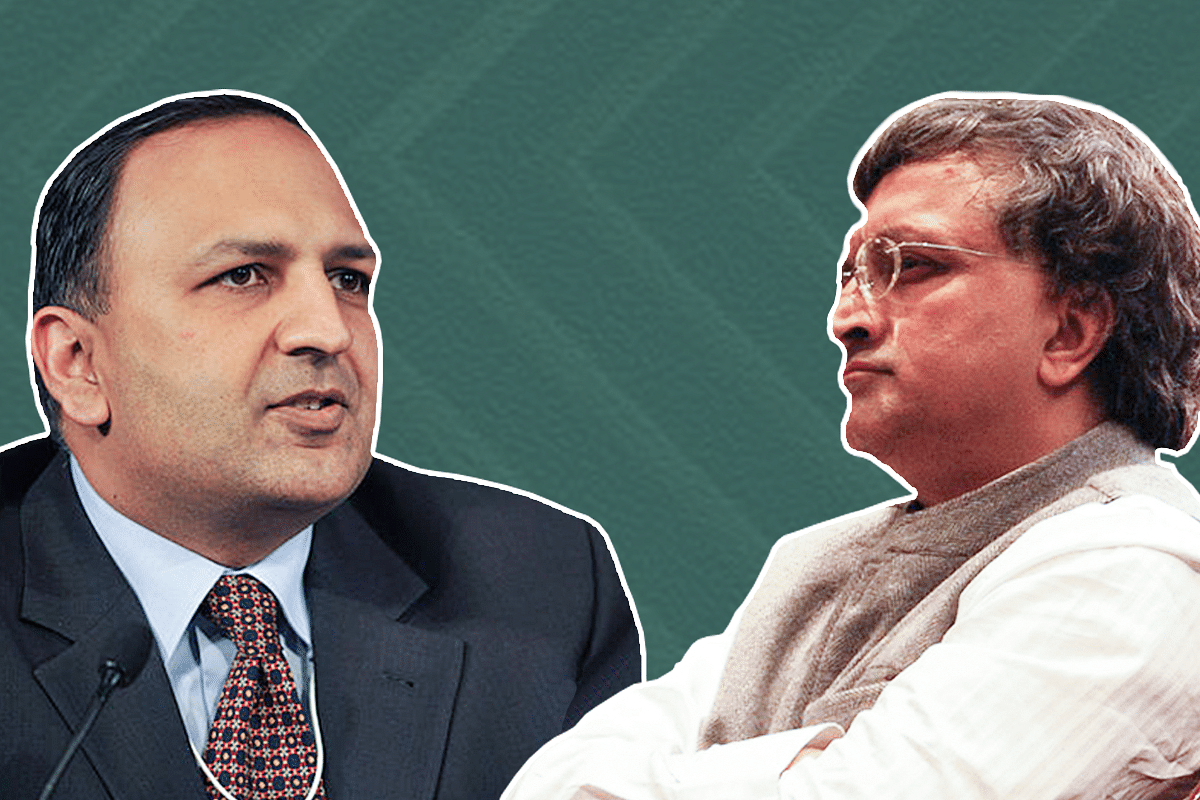 Roughly two years after modern historian Ramachandra Guha batted for KREA University to be given the tag of “institution of eminence”, he has been appointed “distinguished professor of history” at the same university. The university has said that “Dr Guha will teach classes, interact with students, work with colleagues on curricular development, and help build the vision of KREA.”

In a rant against Jio University being given the “institute of eminence” tag, Guha wrote in the Hindustan Times in July 2018: “Even if, for argument’s sake, the jury decided to favour one so-called ‘greenfield project’, why Jio Institute over the other contenders? Were the more impressive credentials of KREA considered and carefully scrutinised?”

Guha went on: “Why, for example, had the jury not selected the new KREA University, which is in a more advanced stage of preparation? With a campus rapidly being developed outside Chennai, KREA has a governing council which includes Anand Mahindra, Kiran Mazumdar-Shaw, Anu Aga and N Vaghul. KREA’s Academic Council is chaired by Raghuram Rajan; its other members include the gifted historian Srinath Raghavan, the brilliant classical musician T M Krishna, and the great mathematician Manjul Bhargava.”

This is not to suggest any quid-pro-quo or even hint at Guha’s unsuitability for the job at KREA – he has the credentials – but we need to make an entirely different point: Guha represents the outer limits of acceptability for the Left-wing “cancel culture” of mainstream Indian social sciences academia.

He is also seen to be a necessary ingredient in less-Left wing wannabe universities that want to prove intellectual heft. Another intellectual in the same mould as Guha is Pratap Bhanu Mehta, who functioned as Vice-Chancellor of Ashoka University, which is moving away from its initial “liberal” character to more Left-wing politics, as faculty hiring trends show.

The problem for institutions like Ashoka University or KREA, which claim to want a “liberal campus culture”, is simple: they are not bold enough to hire true academics from the Right, someone like Belgian Koenraad Elst or Michel Danino today, or a dogged expert of the Rig Veda like Shrikant Talageri, or a mediaeval historian like Meenakshi Jain. This is why they settle for someone like Guha, who occasionally berates the Left, as a good enough stand-in for the Right.

Guha, on the contrary, is a closet admirer of the Left. Thus, while mildly critiquing the Left for putting up pictures of “two Germans from the 19th century and two Russians from the 20th”) at their political events (a reference to Marx, Engels, Lenin and Stalin), he still thinks they are great human beings “leading lives which are the simplest of any political party leaders in the country”, and for investing in healthcare and education whenever they ruled any state.

Kerala may fit this bill, for reasons that have less to do with Leftist rule in the state than decisions made when Travancore was a princely state with enlightened rulers, but for a historian to believe that West Bengal and Tripura are some kind of leaders in education and health is bizarre. Also, the description of Leftist leaders as people living the “simplest” of lives fits the Rashtriya Swayamsevak Sangh (RSS) even better.

For his part, Guha refuses to engage with true Right-wing intellectuals. In his book on Makers of Modern India, he engages with the RSS’s second Sarsanghchalak M S Golwalkar, but not V D Savarkar, the ideologue of Hindutva.

He prefers to believe that the Right-wing today has “no intellectuals”, when the question to ask is why? Is it because of the “cancel culture” of the Left, and the state-organised looting of all Hindu institutions (from temples to charitable trusts) in the name of secularism? If there are no good Right wing intellectuals, isn’t it the job of “liberal” universities to develop them?

Balancing the Left-Right composition in new universities means picking centrists who are more opposed to the Right than the mindless Left. This is not just “cancel culture” but “self-cancel culture”, where promoters of new universities lose the plot without the Left firing the first shot. Guha, with his international linkages, is preferred because he can earn brownie points in Left-Liberal and Hinduphobic Western academia even for private “liberal” universities.

Unlike the US, where the Left’s “cancel culture” of denying space for non-Left-liberal voices in academia is of more recent origin, in India “cancel culture” came in as early as the mid-1960s, when Indira Gandhi handed over the culture and education portfolios to the Left.

This ensured two things: most universities, already biased towards the Left, became an in-bred crowd of people spouting similar ideologies. This is being said not only by the Right, but fellow travellers from the Centre and Left spaces, including Guha himself (read here, here). Secondly, this in-breeding has damaged the Left as much as stunted the Right. Shorn of any intellectual challenge, Left intellectualism has withered on the vine.

After more than half a century of dominating campuses, the Left cannot produce any legitimate scholarship that is genuinely India-centric or non-Hinduphobic. Most of its academic work is about sticking an Indian label on Marxist theory, with no original contributions or local insights to boot.

This is why the Left cannot produce any new intellectuals beyond the usual suspects, Romila Thapar and Irfan Habib, and even these intellectuals are busy defending their shop-soiled theories (Aryan invasion, class conflict and sub-alternism), even though no sub-altern has been allowed to wield any bit of academic power in the universities they dominate.

The Left denied caste till it became important to reinvent it to attack the Bharatiya Janata Party (BJP) and the RSS as Brahminical. Ironically, almost all Left intellectuals and political leaders have Brahminical or upper caste roots.

Having mortgaged true intellectualism to Western liberals and Marx, the Left has produced true excellence on two fronts: it has been great in producing pamphleteers and propagandists. Thus, some of them could even fib in court about the non-existence of a temple below the Babri structure.

In fact, both the Allahabad High Court judgement in the Ram Janmabhoomi case, and the five-judge Supreme Court bench that finally decided to hand over the disputed land to the Hindus, rubbished the Left’s claims to writing objective history. When presented with the Left historians’ grandly titled ‘Babri Mosque or Ram’s Birthplace? Historians’ Report to the Nation’, the bench said that at best this could only be considered an “opinion.”

Only two of the historians who compiled the report had even visited Ayodhya before presenting the report, and even they had little knowledge of the puranas or the Hindu side of the argument, which had indirect information on the temple that existed before the mosque built over its ruins.

The reason why Pratap Bhanu Mehta at Ashoka University and Guha at KREA sound like exceptional choices is simple: the Left no longer has intellectual credibility, and the genuine Right is denied space for fear of offending the politically influential Left propagandists.

In the US, where culture has been moulded by evangelical Christianity, robber-baron entrepreneurship, free speech rules and widespread gun ownership, money flows both to Left and Right institutions. Many post-graduate institutions are run by churches, and many liberal institutions are funded by big corporations. “Cancel culture” cannot last as there are enough sources of funding for non-Left institutions.

In India, there is almost no funding for the Right because business needs Left support in order to survive in a hitherto crony capitalist culture. Even with a BJP government in power, business people worry about what may happen to them if the Congress returns to power, or the Left becomes an influential player in a future government (as in UPA-1 or United Front in 1996-98).

Guha and Mehta are beneficiaries of this fear culture, where Liberal means largely Left in the Indian context, and Right means Right-hating opinion-makers like the duo. Academic institutions are still to free themselves from this self-imposed tyranny and diffidence.