Why This Election Is A Tipping Point For Kerala 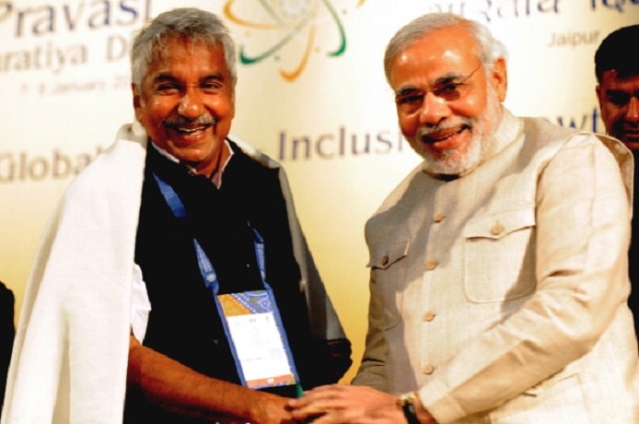 Many non-Keralites would have heard of the Assembly elections about to happen here on 16 May only because of the god-awful ruckus made by the Congress that PM Narendra Modi ‘insulted’ Kerala by comparing it to Somalia. That’s not exactly what happened, and there were ‘nuances’ that many missed.

What he actually said was that the Scheduled Tribes of Kerala had child mortality rates approaching those of Somalia, which is factually correct: some 60 per thousand compared to some 90 per thousand. And it turned out that Communist supremo V S Achuthanandan had made the same comparison in 2013, and the Economic and Political Weekly had also said similar things.

Of course, the spin doctors went into overdrive, and #Somalia dominated the twittersphere and the discourse in Kerala for a few crucial days. That, in fact, was the critical outcome: it is of the ‘dog in the night-time’ variety. What did it displace as an object of discussion in the media? One Twitter user ( @sarath7750 ) put it well: “What Somalia gained for Chandy was the slow disappearance of #JusticeForJisha”

Well, it was the brutal rape-murder of Jisha, a Scheduled Caste law student. The inhuman violence (she was hit so hard that her intestines spilled out; her genitals were mutilated) of that crime had captured the attention of the public, and it was a major embarrassment for Congress CM Oommen Chandy that the murder was swept under the carpet. No mainstream medium covered it for a week; it was only social media pressure that forced the police and media to wake up.

Chandy calculated, rightly, that if Jisha were to be in people’s minds, he would be hurt. So he clutched at the straw that Modi gave him with the Somalia word, and manufactured a major outrage. I think he did a good job of that, so much so that poor Jisha has disappeared from the headlines. Her tormentor(s) have not been found; the police did a major cock-up by a) cremating her quickly and b) not sealing off the murder site and allowing the evidence including fingerprints to be trampled over. It is quite likely that this was intentional, based on orders from high-ups in politics, as Janmabhoomi newspaper, a BJP associate, claimed.

Jisha is a metaphor for what Kerala has become, and so are the tribals of Attappady, who have been dying of malnutrition and neglect. Their traditional highlands have been encroached or alienated by grasping low-landers who ply them with liquor, in addition to molesting their women. It is no exaggeration, and an immense shame, that in relatively well-off Kerala, these aboriginal people are treated like so much vermin (much like Native Americans were by white settlers in the US).

Jisha is a metaphor for how the status of women has deteriorated in Kerala. In a state that once boasted of its matrilineal respect for women, things have changed 180 degrees.

Furthermore, after 60 years of the formation of Kerala in 1956 from the kingdoms of Travancore and Cochin and the British-run Malabar, on almost every single measure, Kerala has regressed. Both the coalitions that have ruled the state, the UDF and LDF, are culpable. Not that Kerala was a paradise in 1956, but it had:

All that is a distant memory. Today’s situation is dire:

These are general indicators of malaise, but there are differences among different communities. The general condition of Hindus in particular is staggering, especially of the Scheduled Castes and Scheduled Tribes. Statistics courtesy the BJP unless otherwise indicated:

This sort of unequal treatment of Hindus is endemic in Kerala. For instance, Hindu temples have been expropriated by the state, yet obviously wealthy churches and mosques function are left untouched.

A few years ago, an income tax officer (and a non-Hindu at that) arrived at the temple at Venpalavattam in Trivandrum and confiscated the hundi for alleged non-payment of tax. Upon investigation, I found a tax court ruling that justified it: it says Hinduism is not a religion, and therefore not eligible for tax-exempt status. The use of elephants in temples is under attack, but not the traditions of other religions, including the ritual sacrifice of large numbers of animals.

When there was a major fireworks accident at Paravur recently, the government essentially shrugged its shoulders. Many temples have also found their lands encroached and alienated, and they are unable to sustain themselves because these lands were their endowment.

The status of SC and ST is especially bad. There was outrage when ST children were filmed eating garbage. Large numbers of them die young. An ST woman, denied admission to hospital, had to give birth outside, and her twin babies died. Another ST family was shown living in an abandoned toilet, using that, among other things, as their kitchen.

Add to this litany of woe the fact that the Congress government has been neck-deep in scandals of all sorts, with Solar Sarita just the tip of the iceberg. Similarly, the Communist cult of violence and the summary execution of their political opponents has made Kannur a killing field.

In the past, there was never an alternative to the Tweedledum and Tweedledee of the UDF and LDF, and that’s why Kerala voted them in alternatively. But this time, the BJP is promoting Kummanam Rajasekharan as the face of the party. Hopefully, he will receive some support - for a people stuck between by the two fronts he is certainly a welcome relief.