Mobilisation Against 'Love Jihad': Why Thousands Of Hindus Are Taking Out Rallies In Maharashtra 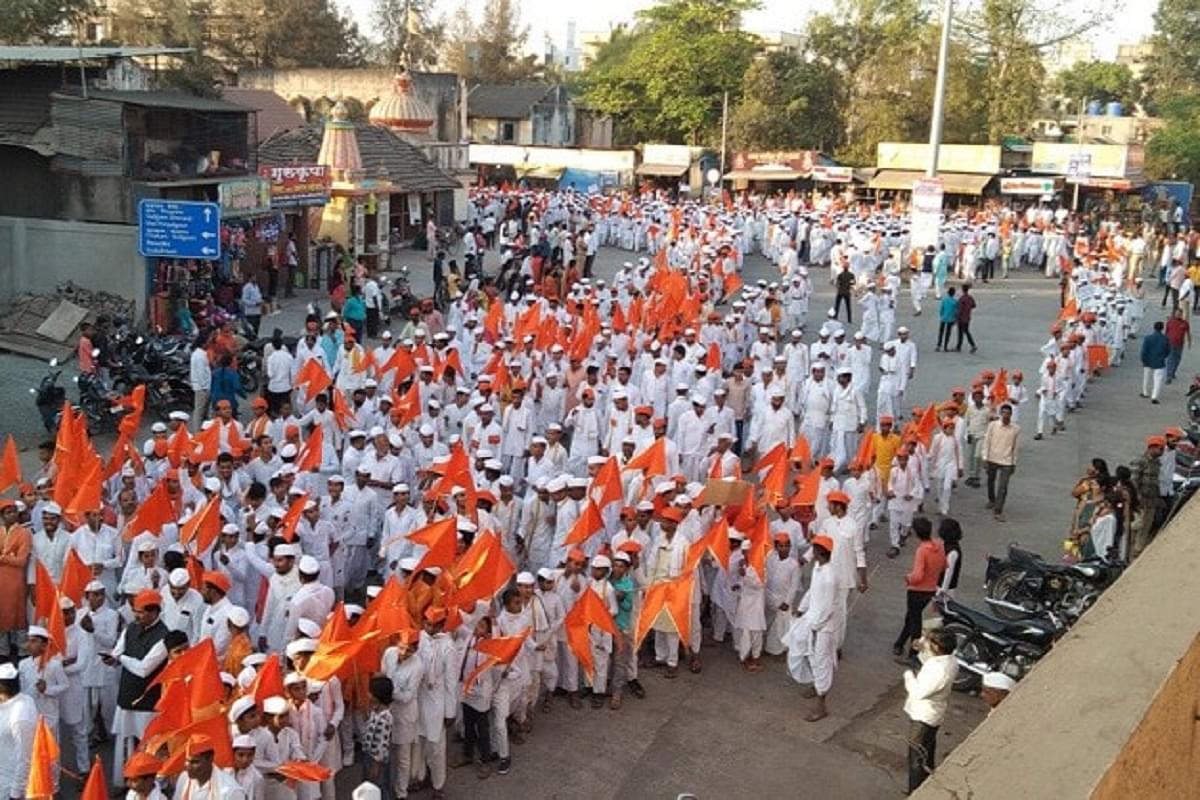 People participating in the Alandi rally.

In the last couple of months, several rallies especially during the weekends have been organised in different districts of western and northern Maharashtra as well as the Vidarbha region.

The latest was held on Saturday (14 January) at the temple town of Alandi in Pune.

These rallies are seeing thousands of Hindus participating peacefully, and pressing their demands.

Their demands are simple — they want a law against forceful religious conversion and ‘love jihad’.

The first such rally was held under the banner of Hindu Jansangharsh Morcha way back in November in Parbhani. Since then, over two dozen such rallies have been organised in various parts of the state, including Pune, Nashik, Jalgaon, Parbhani, Dhule, Nagpur and Kolhapur.

This Sunday (22 January), a rally will be held in Mumbai's Ghatkopar, where thousands are expected to join in.

These rallies are similar to the ‘Maratha reservation morchas’, which were held across the state during the first tenure of Devendra Fadnavis as the chief minister.

The similarity here is that all the rallies have been peaceful with no commotion or violence. No anti-religious slogans were shouted in the demonstrations.

The morcha was formulated and led by various Hindu organisations active in the state. It includes the Vishwa Hindu Parishad (VHP), Hindu Janjagruti Sanghatana (HJS) and others.

Speaking about the first morcha held in Parbhani, Ramesh Shinde, national spokesperson of HJS, claimed that the rally was planned but the crowd that gathered was unexpected.

According to Shinde, in the Shraddha Walker case, where her live-in partner Aftab Poonawala has been accused of chopping her body into 35 pieces, upset a lot of people especially from the Hindu community.

This is why, when most Hindus in Parbhani came to know that several Hindu outfits were coming together and taking out a peaceful morcha, demanding laws on love jihad, they all joined.

This led to the swelling of the crowd in the Parbhani rally, which Shinde attributes to the public's own reaction to events happening across the country, and their desire to bring them to a halt by a law.

"When there were protests against Nupur Sharma of the BJP, there were slogans of sar tan se juda, but at our morchas we are demanding a law to be brought to protect our daughters," said Shinde.

Last month, when a morcha was held at Pune's Pimpri Chinchwad, Yogesh S, associated with one of the Hindu groups, claimed that he came to know about it via a WhatsApp message, and later saw it on social media too.

"I joined the rally, because we want laws to curtail the menace, I wasn't sure we will have so many people but towards the end there were more than 20,000-25,000 people who had come to support the morcha and the demands," said Yogesh.

The rally is even getting political support especially from the ruling parties. In the Nagpur morcha, Shinde claims that around five MLAs joined them; in Jalgaon, a sitting minister had joined and at other places too several MLAs joined the morcha and extended their support.

Even Chief Minister Eknath Shinde gave an audience to the organisers of the morcha, where they pressed their demands.

Again in March, when the government meets for the budget session, a morcha will be held in Mumbai. This is to put further pressure on the government to enact laws to address the issues.

There are two important things that have emerged from these morchas.

Firstly, that Hindus which are normally seen as a divided group are coming together without any hesitation. Secondly, it is also busting the misconception that Hindu organisations that would normally not come together have joined forces for a cause.

What is making the organisers hopeful is that the laws on both their demands can be enacted because the state governments in different parts of the country ruled by BJP have made similar laws, and hence it wouldn't be much of an issue here.

The biggest factor making the morchas successful is the participation of the locals. In most areas, where the morchas have been held the organisers didn't have to spend much effort on advertising.

These rallies will go on across the state in the coming days, and will be held on either a Saturday or a Sunday for allowing more people to join in.

The inclination towards the right wing in rural Maharashtra, which earlier was a domain of the Congress and Nationalist Congress Party (NCP), was visible recently when the BJP along with Eknath Shinde's Shiv Sena emerged as the biggest party in the gram panchayat polls.

Also, many leaders from other parties, especially that of Shiv Sena led by Uddhav Thackeray, have joined hands with the Shinde faction.

Shiv Sena in Maharashtra under Balasaheb Thackeray was the first party that had openly accepted Hindutva ideology, and Eknath Shinde currently represents that same brand of politics.

Varun Singh, is a Mumbai-based journalist and tracks politics and other important news from the western region of the country. Varun has spent close to 18 years in journalism.
Get Swarajya in your inbox everyday. Subscribe here.
Tags: