Will Aparajita Sarangi’s Popularity Among Women In Odisha Work For The BJP? 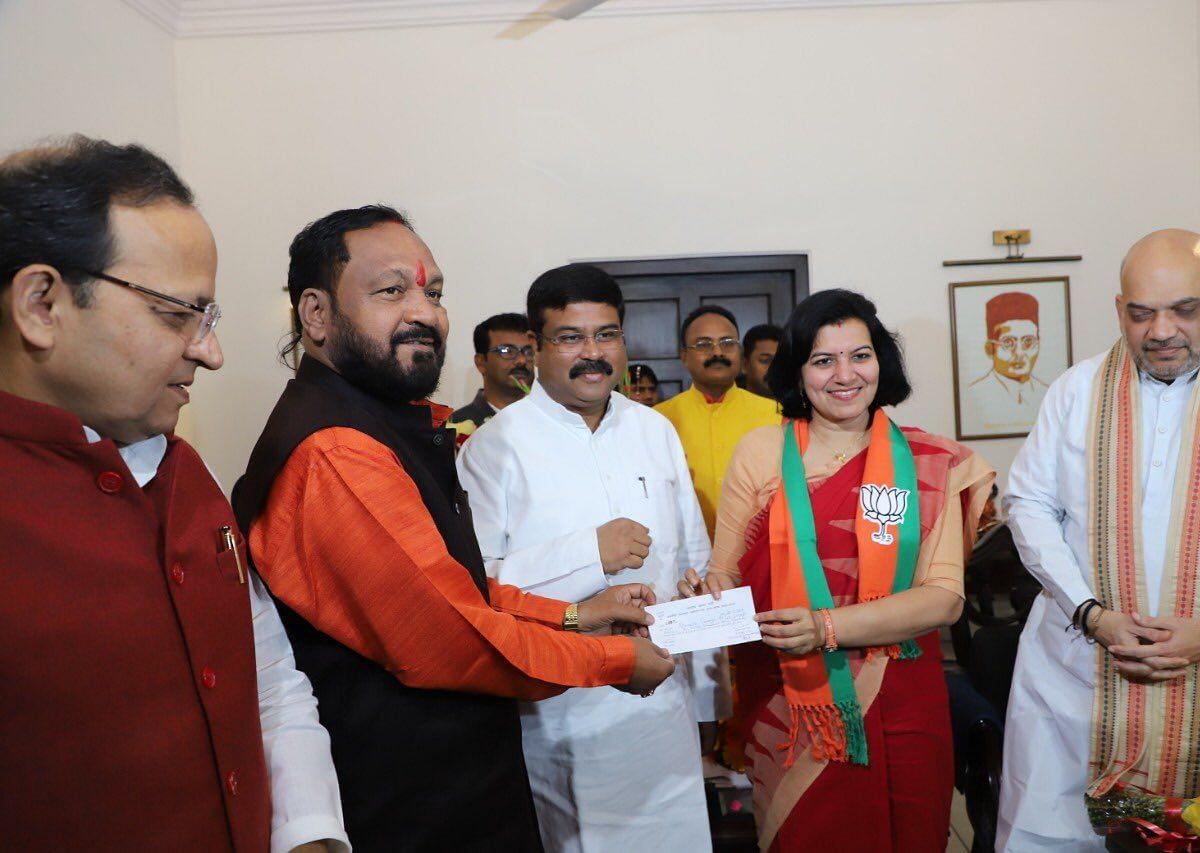 Odisha politics is in for an interesting turn of events as the Bharatiya Janata Party (BJP) in the state sees a new high-profile entrant. Rumour mills in the state were abuzz when Aparajita Sarangi, a much loved Indian Administrative Officer (IAS) of Odisha, opted for voluntary retirement earlier this year. She finally received the go-ahead from the Prime Minister in November and officially joined the party today. She was inducted into the party by party president Amit Shah in the presence of Union Minister Dharmendra Pradhan, Odisha BJP unit president Basant Panda and state in charge, Arun Singh.

Sarangi is an IAS officer of the 1994 cadre and had gained immense popularity in Odisha as a no-nonsense, upright officer. She was credited with giving a facelift to capital city Bhubaneshwar as the commissioner of the Bhubaneshwar Municipal Corporation (BMC). The visible differences brought about by her included road landscaping, a focus on cleanliness and, importantly, de-cluttering of public spaces by setting up vending zones. Much of the aesthetics of the city and the beautification drive was started during her term as BMC commissioner in 2006. The changes were so tangible that Sarangi became a household name in the city.

Sarangi probably had her most popular yet controversial stint as director of the School and the Mass Education Department and Higher Education Department. As the daughter of a teacher couple from Bihar, Sarangi had a keen focus on school education. She earned the ire of school teachers for initiating tough measures that included a crackdown on teacher absenteeism. She also strengthened monitoring of various school departments and introduced uniforms for government school teachers. These reforms in education and her zero tolerance for apathy helped her earn the nickname, ‘Madam Angry’. Though Sarangi had publicly denied any confrontation with the state government, her tough as nails approach in every position she took, she was transferred three times in a period of 16 months.

As director of Mission Shakti under the Women and Child Welfare Department, she institutionalised financial inclusion measures for women through self help groups and women’s collective federations. Mission Shakti was a pet project of Chief Minister Naveen Patnaik, and Sarangi was instrumental in making the project a huge success. Women remain one of the most loyal voters of Naveen Patnaik and the ruling Biju Janata Dal government, and Sarangi could prove to be an asset for the BJP in reaching out to rural women.

In Odisha, Aparajita Sarangi is synonymous with a clean image and a fearless attitude. The buzz in power circles of the state is that Sarangi will be fielded as MP candidate from Bhubaneshwar where she enjoys immense goodwill. Additionally, her image of probity and her years of work as an honest officer with tangible governance-related successes will add more credibility to the state BJP. Finally, in a state where women as a vote bank could decide the fate of the next election, Sarangi and her popularity among rural and urban women alike would be an interesting dynamic for the BJP to include in its campaign tool basket.